Gamers on the go who want a full-sized controller for Android phones will have another option come late May.

When it comes to mobile gaming, there are choices for how you play. You can use your phone as a virtual game pad, you can attach a game pad to the sides of your phone, or you can bring a larger controller, because that’s good, too.

That last approach is easily one of the more accessible options, though it’s one that also requires a clip to hold your phone and your game pad together. While you can get game controller clips quite easily, the option also exists to get a game pad with a phone clip, joining the two together in a system that’s made to match.

There’s a decent assortment of these around, but there’s also another on the way from SteelSeries, which is launching one focused on Google’s world of devices, namely owners of an Android or Chromebook. 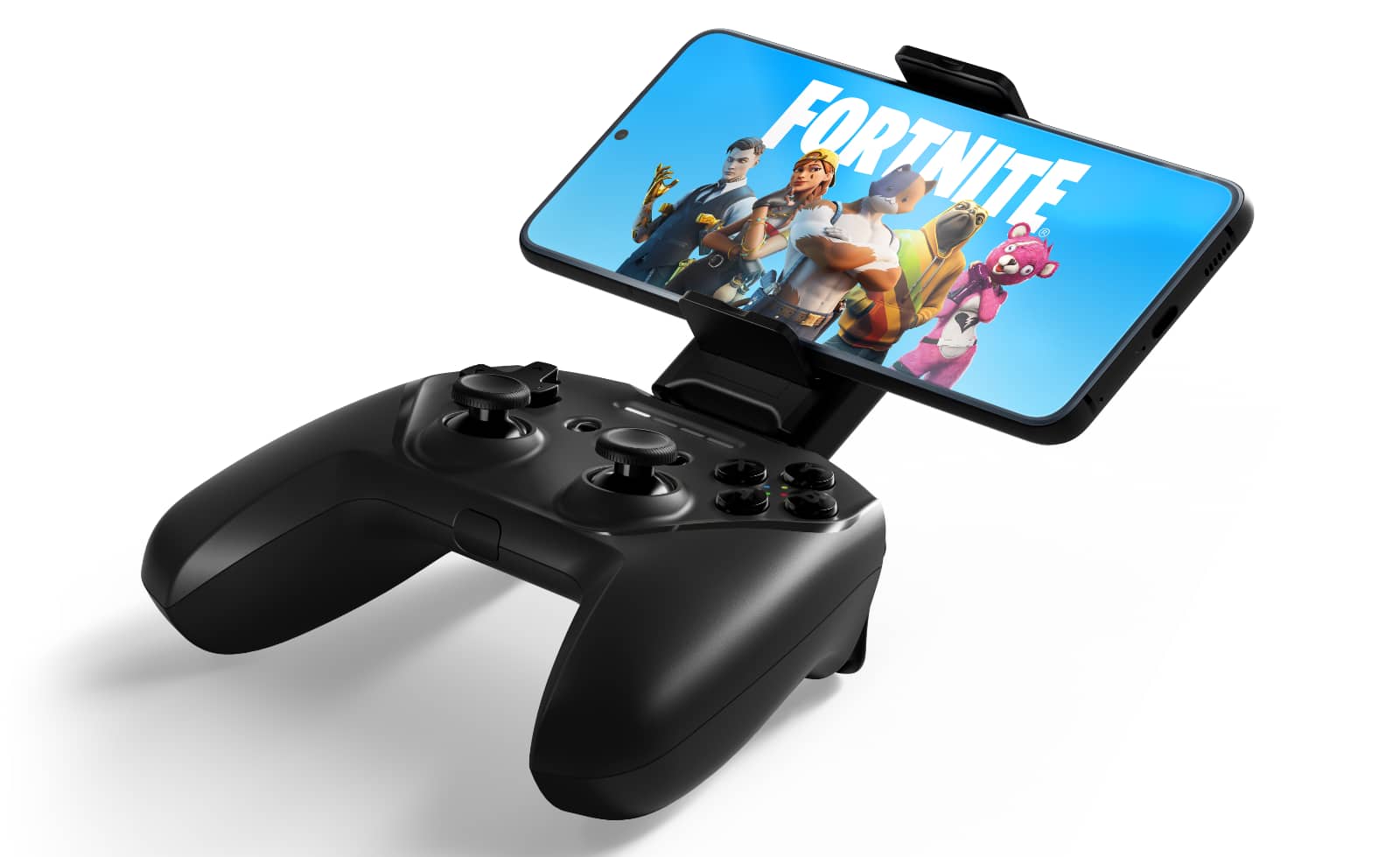 There’s a maximum of 90 hours on offer from the Stratus+ game pad with a 15 minute charge offering as much as 12 hours of use, with the game pad built for Android and Chrome OS in a style more like what Sony delivers in its PlayStation controller design, with sticks by the thumb and both directional pad and a set of buttons just up from these.

Perhaps weirdly, the SteelSeries Stratus+ will only officially work wireless with Google’s operating systems, namely Android and Chromebook. That’s good news if you happen to have either device, but less great news if you game on more than one device, and maybe have an iOS device in your life you alternate gaming on.

Folks who maybe use their Android phone to game using Xbox Cloud on will be in luck when they play with their phone, but if they come home to play on an iPad, they’ll be less happy, with SteelSeries’ local team telling Pickr that there’s a controller specifically for iOS — the Nimbus — and that “the Stratus and Nimbus are only officially compatible with the platform they’re designed for”.

That doesn’t mean they won’t necessarily work, but if they don’t do one operating system over the other, you won’t find support waiting for you as to why.

If you’re not bothered by that, you’ll find the SteelSeries Stratus+ in stores in Australia late-May, expected to launch or $139 locally.