Swipe left and swipe right may mean something for the dating scene, but they could also tell you the next concert you buy tickets for.

As the world begins to wake up from being at home and life finds some sense of normality, concerts and gigs are starting to happen again.

While Australia waits for big acts to arrive on its shores, there could still be local performances you might be interested in, and finding them might still be down to knowing what’s going on, or even hearing about it through the massive digital grapevine that is our online world.

Snapchat has a different approach on the way, though, as it teams up with one of the world’s largest event companies, Ticketmaster, to come up with an approach that feels like it was inspired by dating apps.

Simply put, the service sees a miniature version of Ticketmaster transplanted into Snapchat, with Snapchatters swiping left and right to browse concerts, and seeing if friends on the platform are also interested in going, as well, or even inviting them along.

The collaboration starts off as a bit of a survey, as Snapchat asks you for your preferences in music, helping you to work your way through music selections in the beginning, though it will also use the map layer technology on the service, allowing you to look through at events at nearby venues.

It’s yet another approach from Snapchat to make buying a little different for our digital world, almost two years on from the service connecting augmented reality with fashion in its collaboration with Gucci, among others.

Folks who are keen to see it should see it live now, with the Ticketmaster collaboration available around the world. 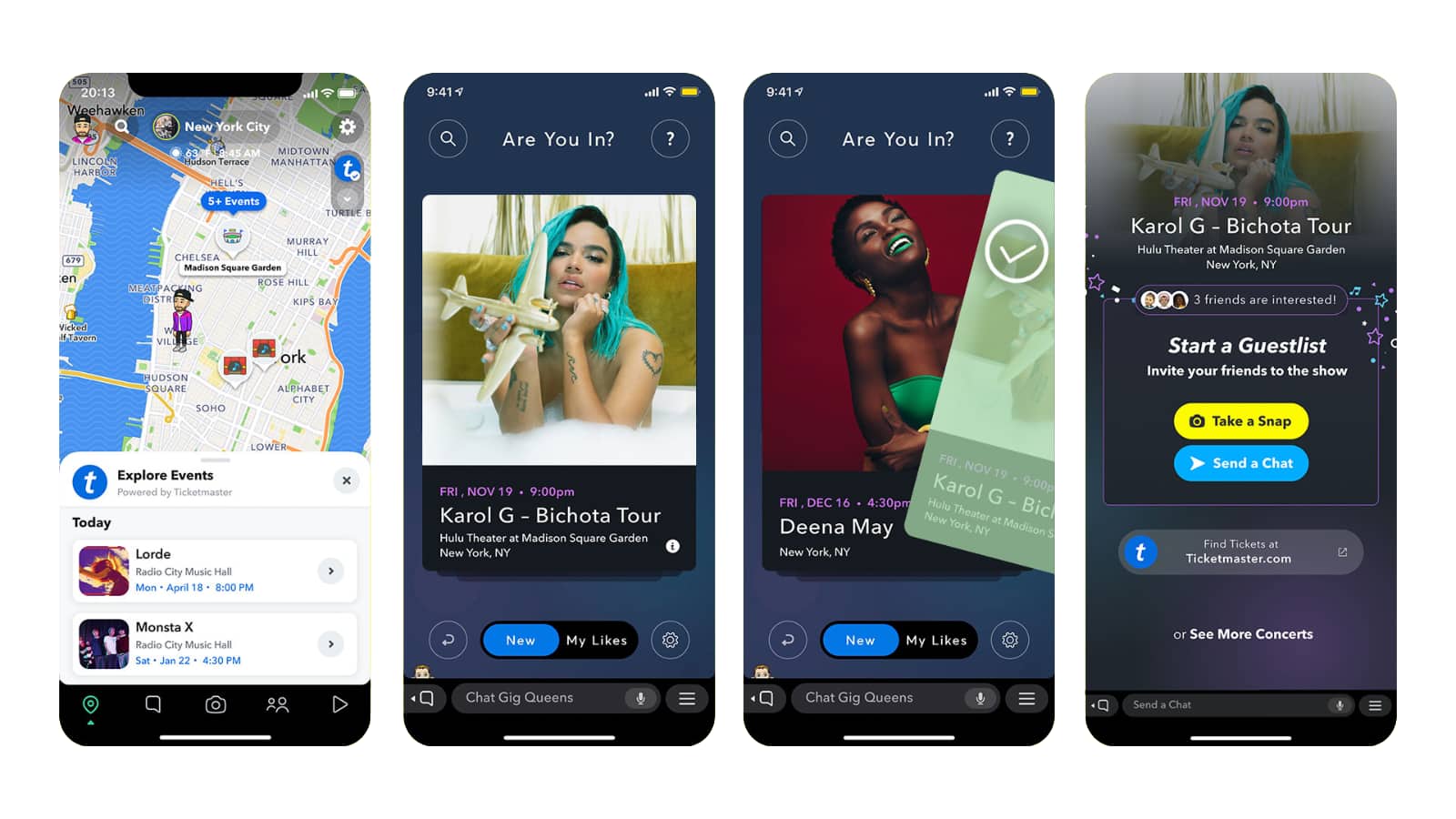