It’s been so long since we saw a hard drive tie-in, we can’t even recall the last, but Seagate has one for all the Star Wars fan-folk out there.

Special editions are typically found in video game systems and speakers and even a phone or two, but it seems like Seagate is tapping the idea of a special edition with a reminder that backing up is important.

Specifically, if you’re a Star Wars fan, Seagate’s latest release is more or less built for you, with a Star Wars themed approach to external storage set to arrive in Australian stores and the only world shortly.

There are two coming to Australia, with a 1TB SSD and a 2TB external hard drive, both of which come with an exterior designed to look like it has emerged from an Imperial ship while featuring speedy innards, inspired by what’s going on in The Mandalorian.

In the 1TB SSD, there’s a stick NVMe storage meant to go inside a computer, supporting read speeds of up to 7300MB/s and write speeds closer to 6000MB/s, while the external 2TB drive relies on one of the slightly less speedy SATA hard drives to plug into any other computer, just not the inside. To help make that external a bit more impressive, Seagate has included an LED bar that can have its colour customised, giving you something a little more exciting then yet another external hard drive.

Both models will be arriving in Australia, and while Seagate hasn’t said precisely when for both, the expectation is it shouldn’t be too long, with the internal 1TB SSD arriving for $379 later on, while the external 2TB hard drive costa $119 locally and is available now. 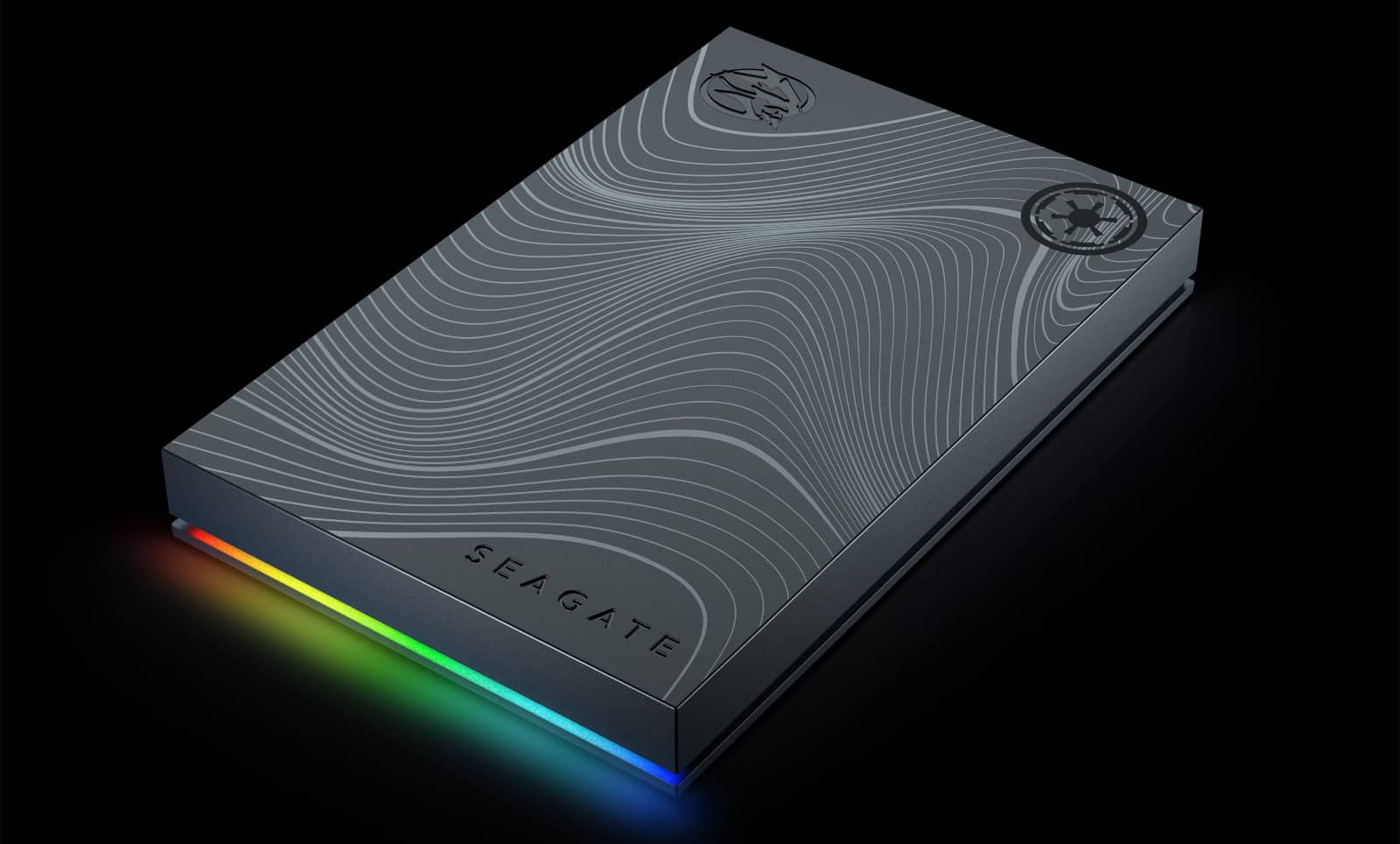