Most laptops have a set number of ports and a locked-in amount of storage, but a recent accessory from Satechi can boost both of those.

As great as a new laptop can be, there may be one or two caveats that throw you. For instance, you’ll get a new screen, new keyboard, new chip, and new experience, but you’ll probably have a set amount of ports and a set amount of storage, because these days, thin computers typically only get a set amount of either.

Take the MacBook Air: it’s an excellent computer, but it tends to max out at 512GB storage and only offers two USB Type C ports alongside its 3.5mm headset jack. It can be a similar case over in the world of PC laptops, which might give you one more port to work with, but also might not.

As computer makers aim to get computers smaller and slimmer overall, the number of ports fall, and then there’s the storage side of things. These days in laptops, storage is typically soldered into place, so what your computer comes with is what you get, often without any easy way to change it. 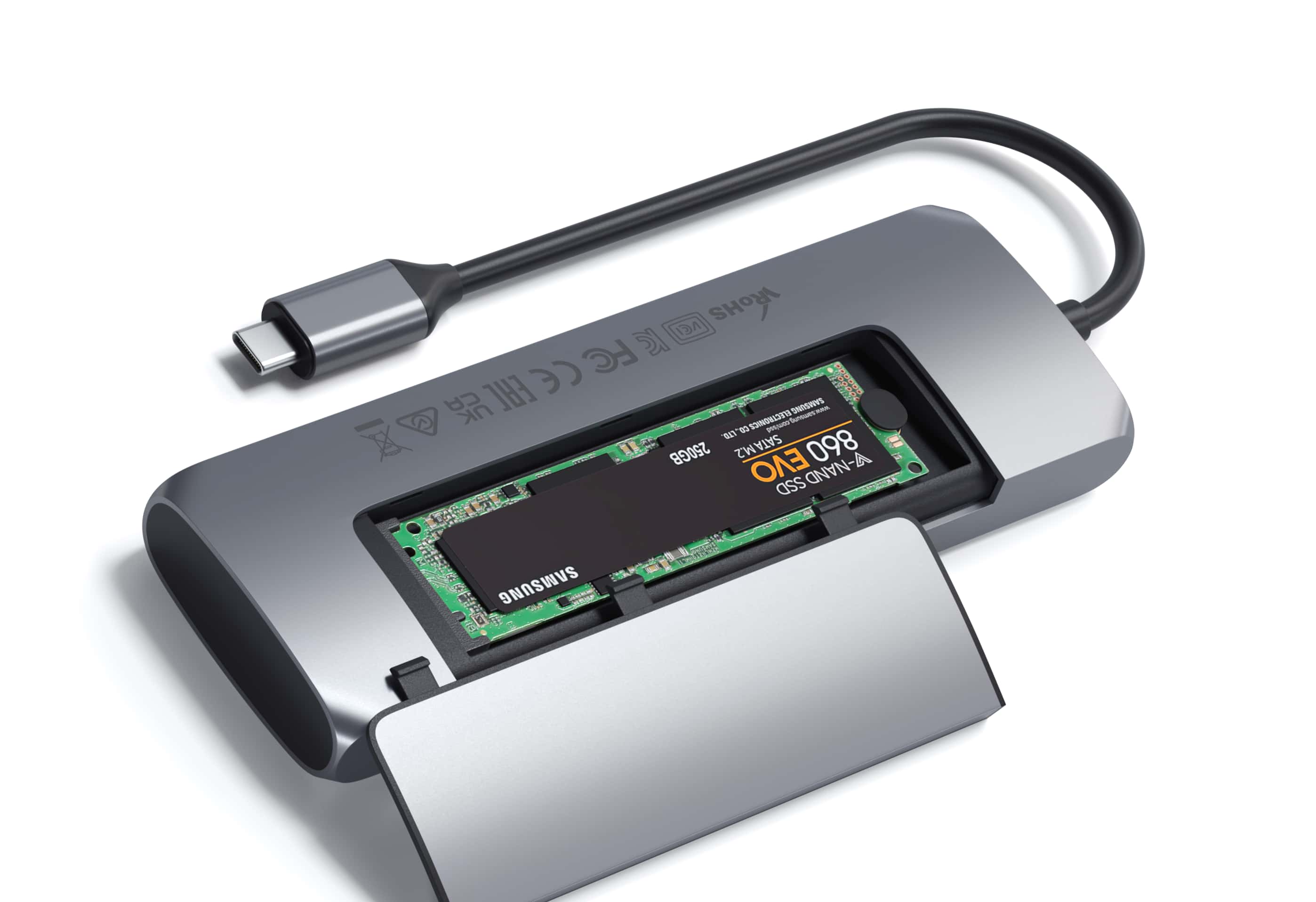 Peripheral maker Satechi may have a fix for both of those, however, killing two problems with the one gadget, the “USB-C Hybrid”, an external port replicator that also features an M.2 SSD enclosure at the bottom.

That means you can upgrade the storage on a computer simply by adding an M.2 solid-state stick at the bottom, while also getting two full-size USB Type A ports, one 4K-capable HDMI port, and a USB Type C at the same time.

The catch, however, is the storage type: while Satechi supported an M.2 chip, it doesn’t support the more commonly available NVMe sticks, meaning you need to find an M.2 SSD without NVMe, and they are few and far between these days.

It is, at least, a way to upgrade the storage and ports on your computer in one hit, provided you have $159.

The Satechi Hybrid USB C adaptor with SSD Enclosure is available now from stores across the country. 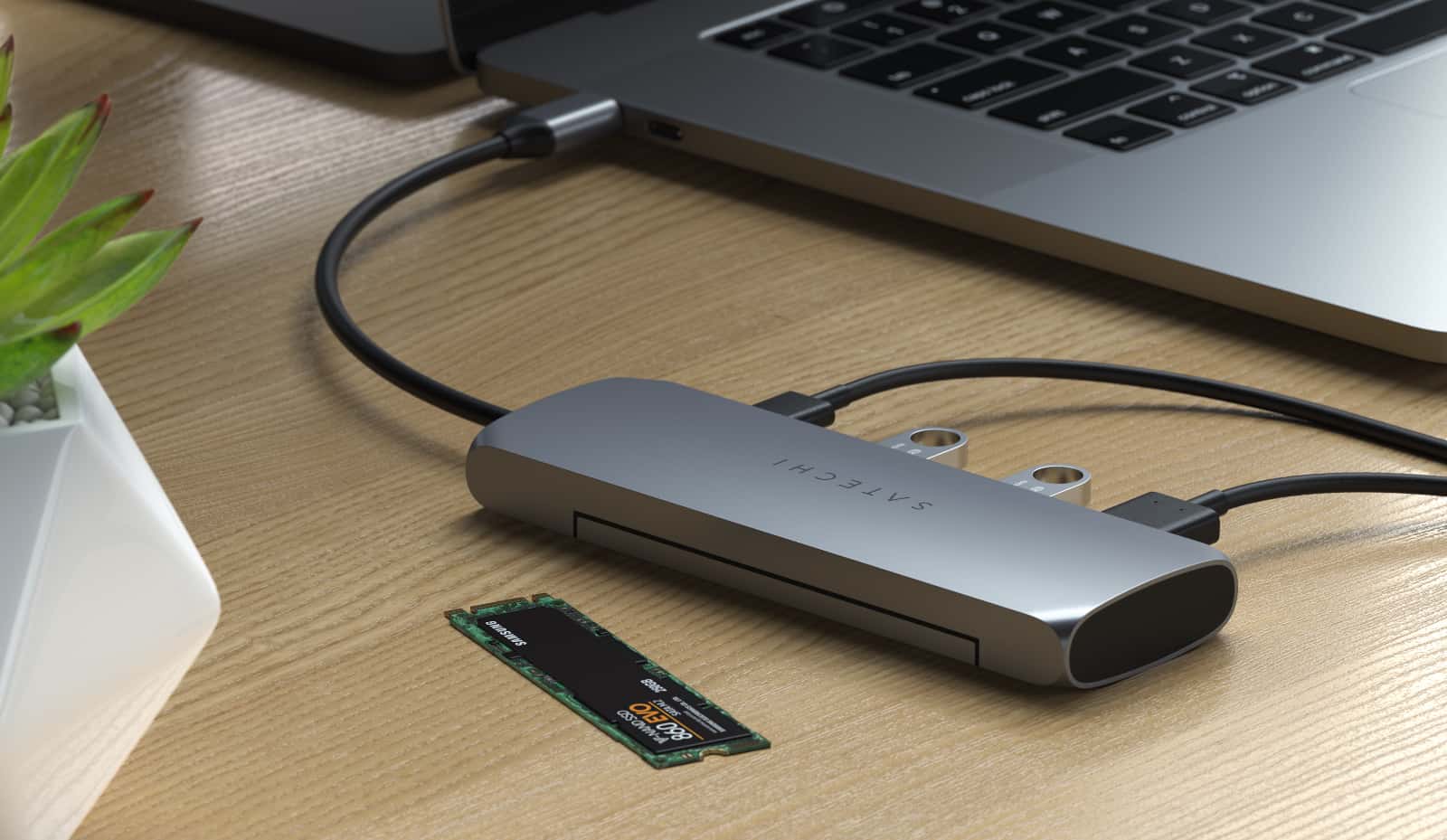