Some of the first gadgets for the year from Samsung are made for your desk, handy if you’re predicting more WFH life.

It’s not just LG thinking of your desktop monitor shenanigans for the new year, with Samsung also showcasing three gadgets meant for that at CES 2022.

While few are attending the first of the year gadget show in person, thanks to that obvious virus we’re all sick of talking about, Samsung is still showing off what we can expect on desks this year, and that includes three new screens, updating its regular monitors, smart monitors, and gaming monitors.

In the category of the former, Samsung will offer the High Resolution Monitor S8, a 4K Ultra HD screen made for the office or home, boasting 98 percent of the P3 colour space and support for HDR, with something not always found in desktop screens: a glare-free screen. 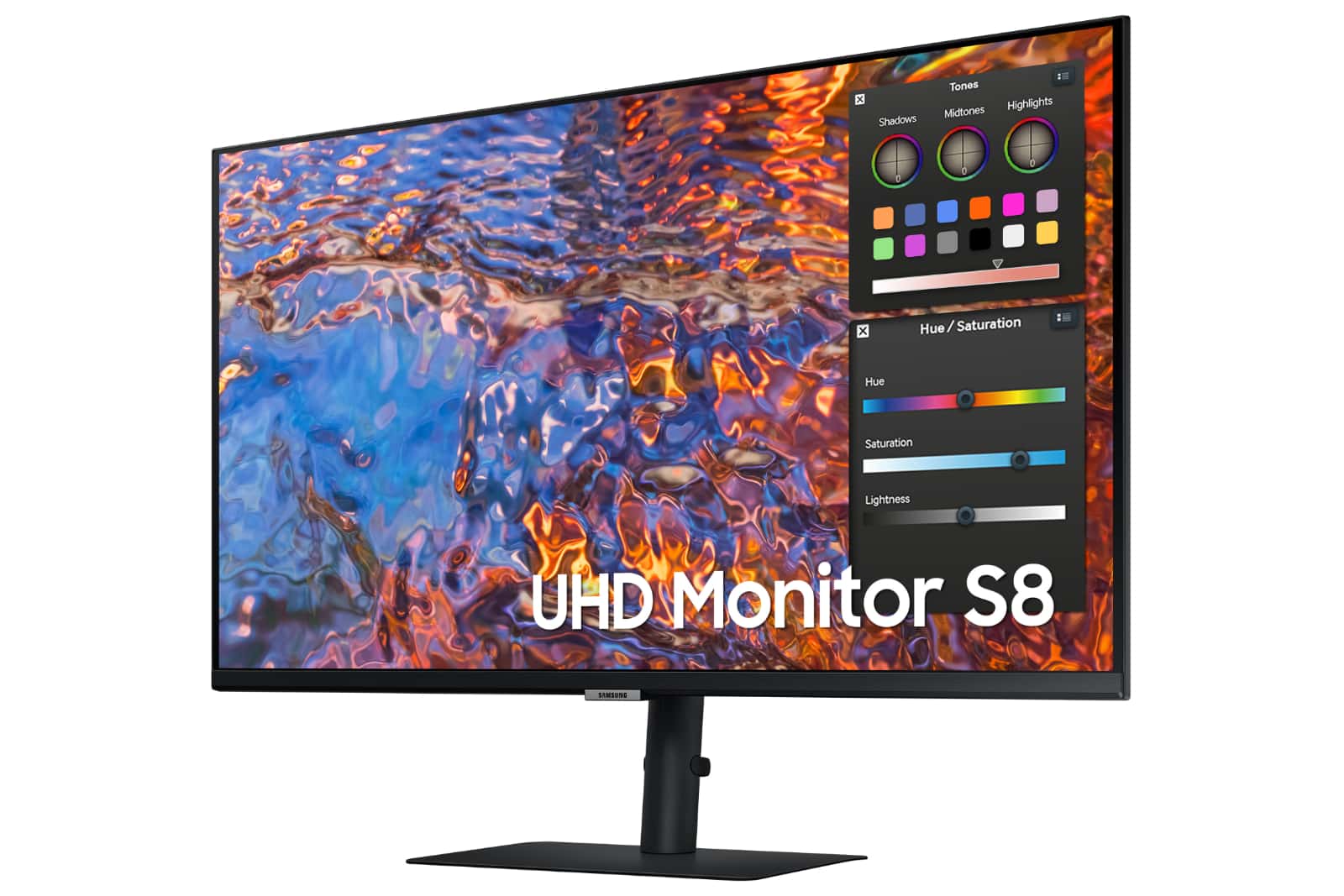 Officially, the Samsung High Resolution Monitor S8 will come in both a 27 and 32 inch size, and both will be matte displays, meaning glare is reduced because they won’t be shiny.

What they will have is 90 watts of power available through a USB Type C connection, making them a way to power recent laptops through the same connection, while the stand features tilt, swivel, and pivot design.

In the world of smart monitors, Samsung is updating its “Smart Monitor” concept, which is still a little like a Samsung TV, except made as a monitor.

Last year’s Samsung M7 Smart Monitor is being upgraded to a rather unsurprising M8, boasting 4K, HDR, and a camera that can be mounted to the top using magnets. 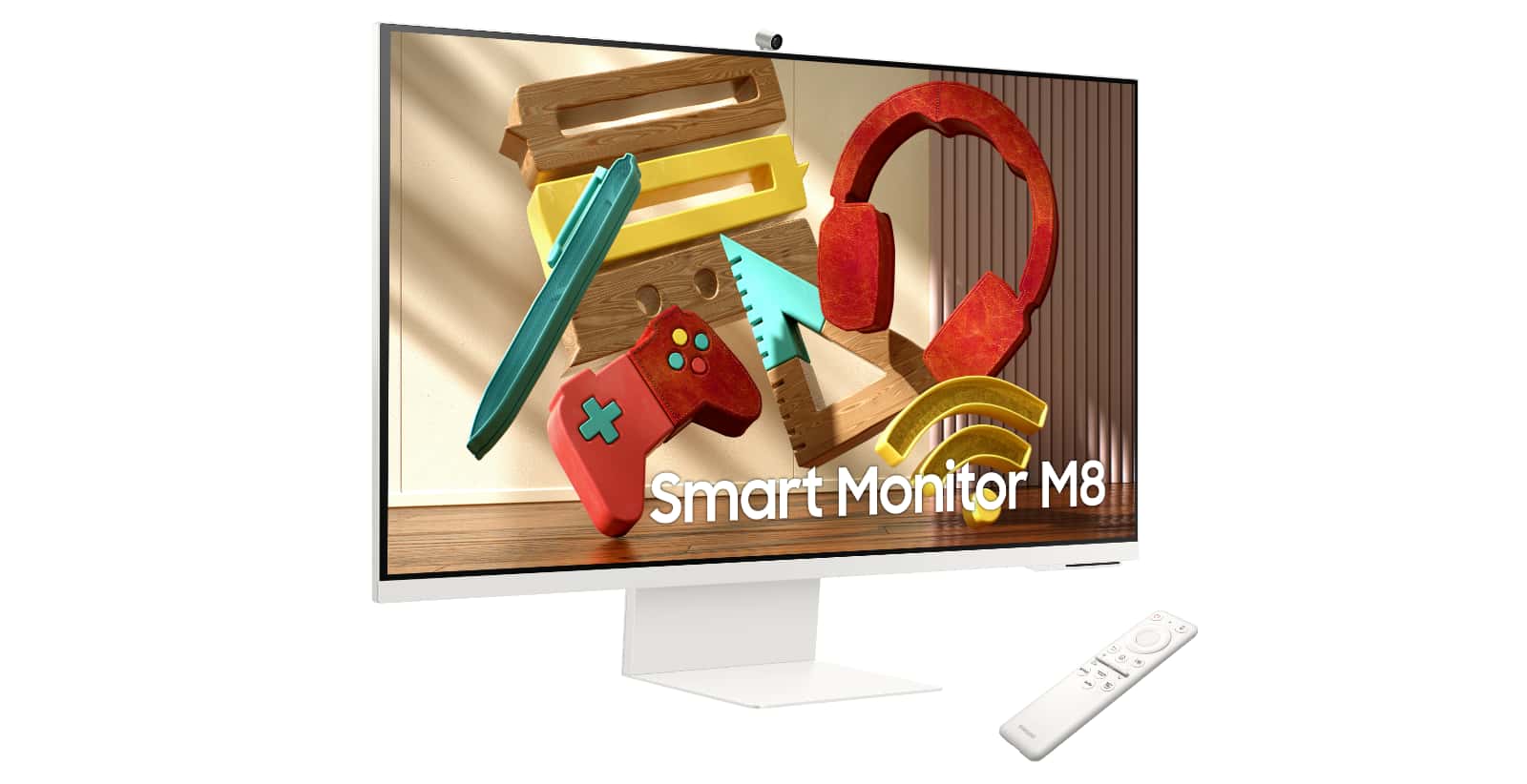 The 2022 Smart Monitor M8 is a 32 inch screen only, at least initially, with a Type C port able to supply up to 65 watts of power, enough for a MacBook Air or MacBook Pro 13, with support for a SmartThings hub built in, as well, handy if you’re upgrading the rest of your home.

Finally, there’s the gaming screen, which will see Samsung’s futuristic Odyssey Neo upgraded to the Neo G8, a 32 inch 4K display with a large curve, a 240Hz refresh rate, plus support for mini-LEDs, a technology Samsung first brought to its TVs last year that provides thousands of little LEDs for more precise backlighting.

“As the needs of gamers continue to evolve, we’ve driven the bar of innovation higher with the introduction of the Odyssey Neo G8 the world’s first 4K 240Hz gaming monitor,” said Jeremy Senior, Vice President of Consumer Electronics for Samsung in Australia. 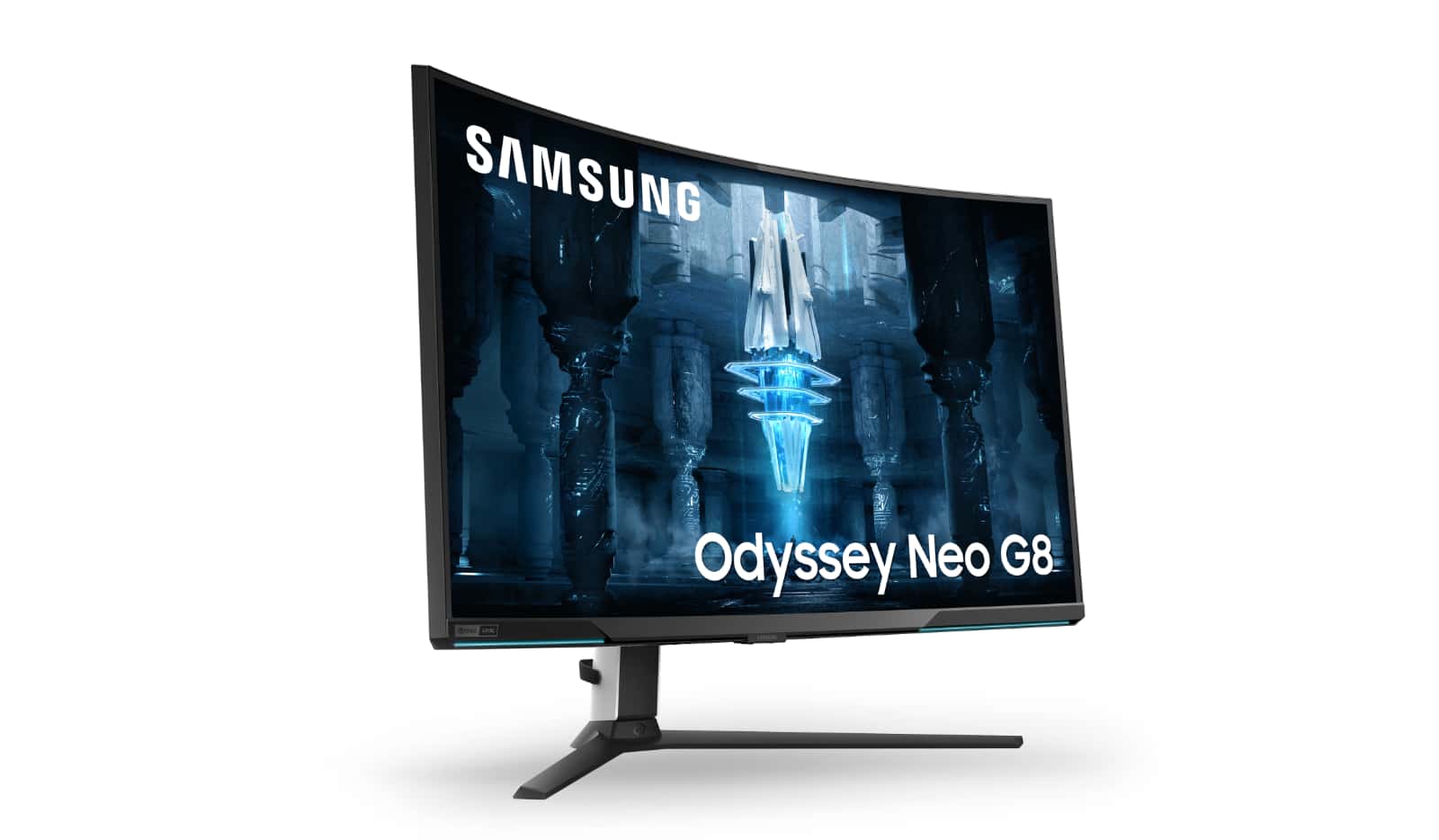 Locally, Samsung hasn’t confirmed whether the standard High Res S8 will launch here, but it does seem to suggest the Smart Monitor M8 will launch in Australia this year.

“Featuring HDR10+ and the latest 4K processor you’ll experience a premium viewing experience, and with access to popular streaming services, it’s the ideal companion for work and play.”

There’s no word on Australian pricing or availability on either yet, but as soon as Samsung sends word, we’ll let you know.