Samsung makes the cinema anywhere in The Freestyle

The classic drive-in theatre is gone, but if you want to recreate the look and feel of a cinema anywhere, Samsung has been working on something.

Somewhere between the last Covid variant and the rise of a new Covid strain, we’ve been thinking: it might be quite some time before we make it back to a movie theatre. And it also might be like that for others, as well.

That could be part of the draw of one of Samsung’s new products at CES 2022, which aims to let you project entertainment nearly anywhere. A wall, a ceiling, even on the floor are all a form of canvas possible for visual entertainment, as Samsung reimagines the projector.

Rather than the typically heavy rectangular box with a lens and light source that often stays plugged into the wall, Samsung’s “The Freestyle” is a cylindrical projector weighing 830 grams that can run off a USB power bank, capable of projecting screen sizes from 30 inches to 100 inches, and featuring a 360 degree speaker system inside, as well. 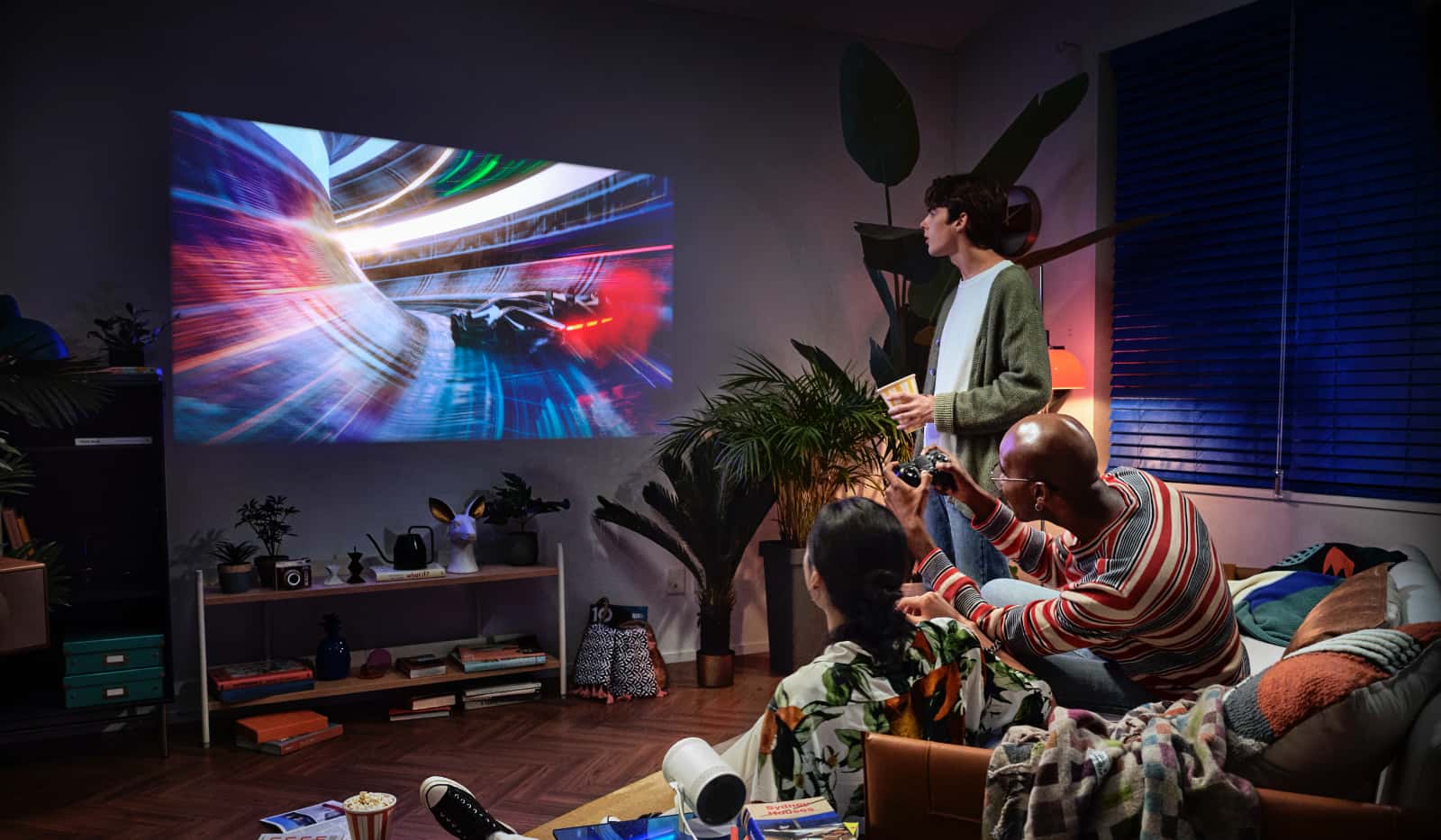 At first glance, we suspect Samsung’s projector is a Full HD projector, and The Freestyle doesn’t appear to be laser projector, either, at least based on the $1500 price Samsung is suggesting.

We suspect this is an LED projector and may need a bit of darkness to work, but the portability and snazzy form-factor may make Samsung’s Freestyle stand out significantly, providing a design that can be set up nearly anywhere, controlled by a phone, and aimed all too easily.

You can aim it up at a ceiling, positioned at a wall, and depending on if you opt for a special base, screw it into a lamp and aim it down at the floor.

In short, Samsung’s The Freestyle appears to be a snazzy re-interpretation of the projector, and in a world where going to the cinemas isn’t going to be on the cards for everyone, it’s a neat idea to revive. 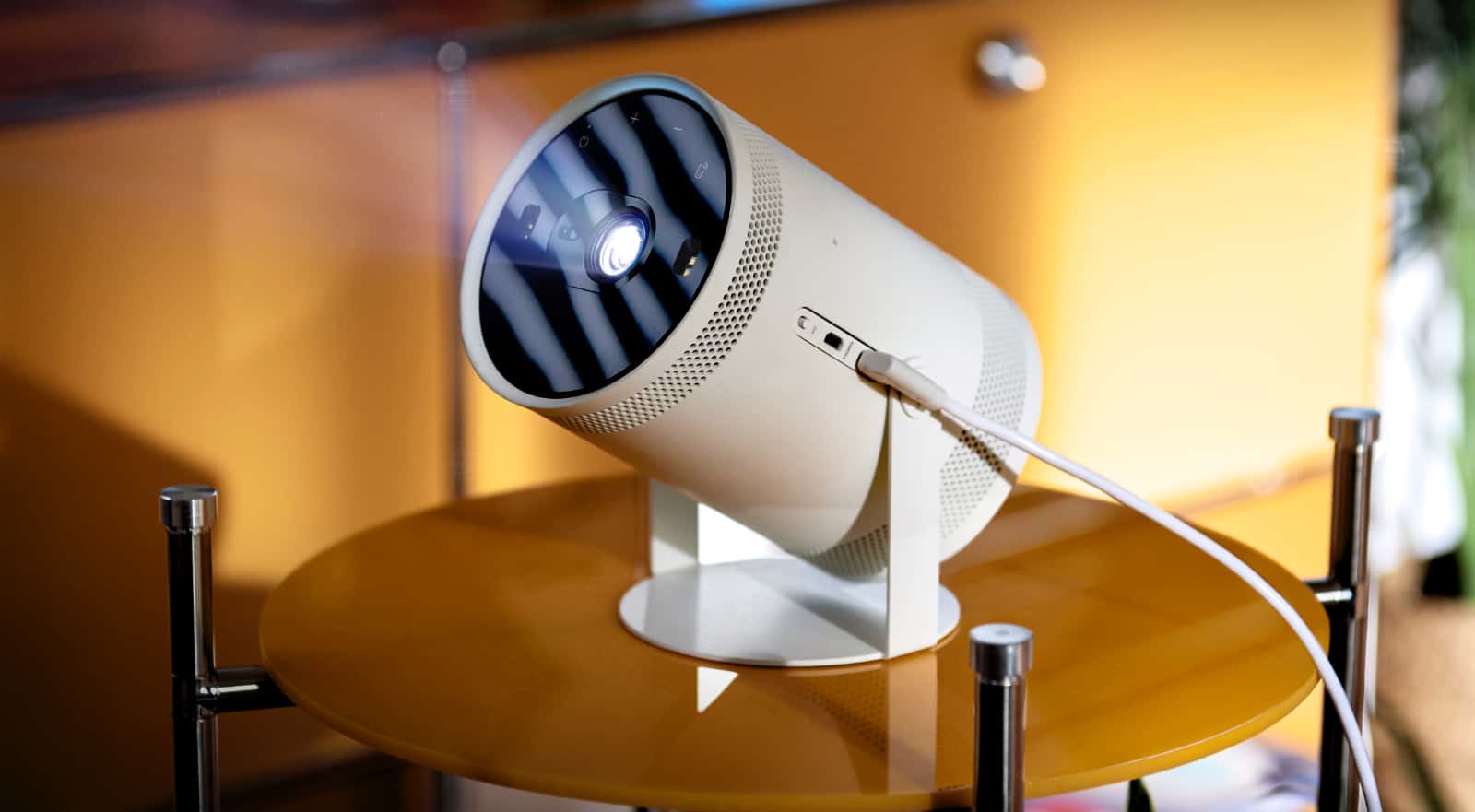 “The Freestyle is an innovative compact projector that will allow you to take your entertainment to new heights,” said Jeremy Senior, Vice President of Consumer Electronics for Samsung Australia.

“Australians love to try new experiences and now you can bring up to 100-inches of your favourite content to almost any room or even outdoors, perfect for those who love camping or setting-up movie night in the backyard,” he said.

Unlike the 2022 slate of TVs Samsung launched this week, there’s actually an Australian price for this home entertainment gadget, with Australians able to buy The Freestyle for $1499 when it launches in February. 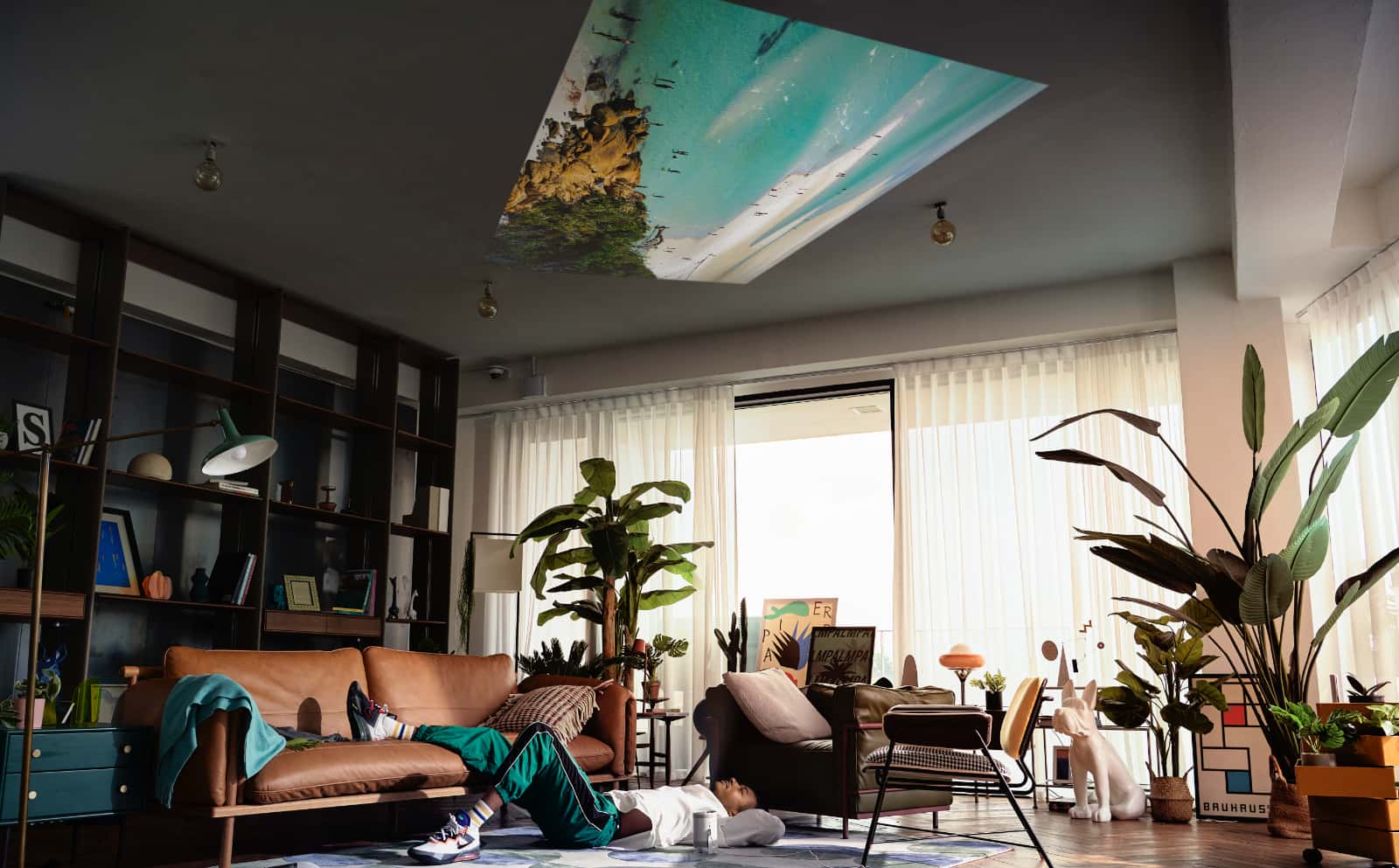