Carrying a big screened laptop needn’t be something that weighs you down, as LG updates its Gram range with new chips in larger sizes.

When you’re looking for a portable laptop, it’s hard to go past the thin and light computers of the world, as they’re just so convenient. Forget about all the extra weight you might normally see on a laptop for a big battery and tech, because so much of that is coming down in size.

Computers like the M1 MacBook Air and Dell XPS 13 are pretty solid indicators that laptops can be thin and light, but also powerful, and they’re not alone.

LG joined the line-up of thin, light, and powerful in last year’s return to Australian laptop releases with the “Gram”, and a year later, there are refreshed models on the way sporting big sizes and Intel 12th-gen Core chips to talk about.

New chips are clearly part of the package, with 12th-gen Intel delivering a little more oomph alongside high-speed solid state drives, but one of the main things to focus on here may be size.

While most properly portable laptops look to a 13 inch screen with 15 inches being the maximum, LG’s Gram range is going for bigger, offering 16 and 17 inch laptops with a considerably low weight.

The focus here is clearly on portability, and in 2022, LG is also adding a bit of software that locks the screen when you step away from the computer, also blurring the screen when someone is seen looking over your shoulder. Called “LG Glance”, it aims to add to the security of the system, using the built-in webcam to make sure your work is, well, secure.

“The software and hardware refresh on the LG Gram laptops are a testament to our dedication to providing an optimised user experience,” said Brad Reed, Head of Solutions for Business at LG in Australia. 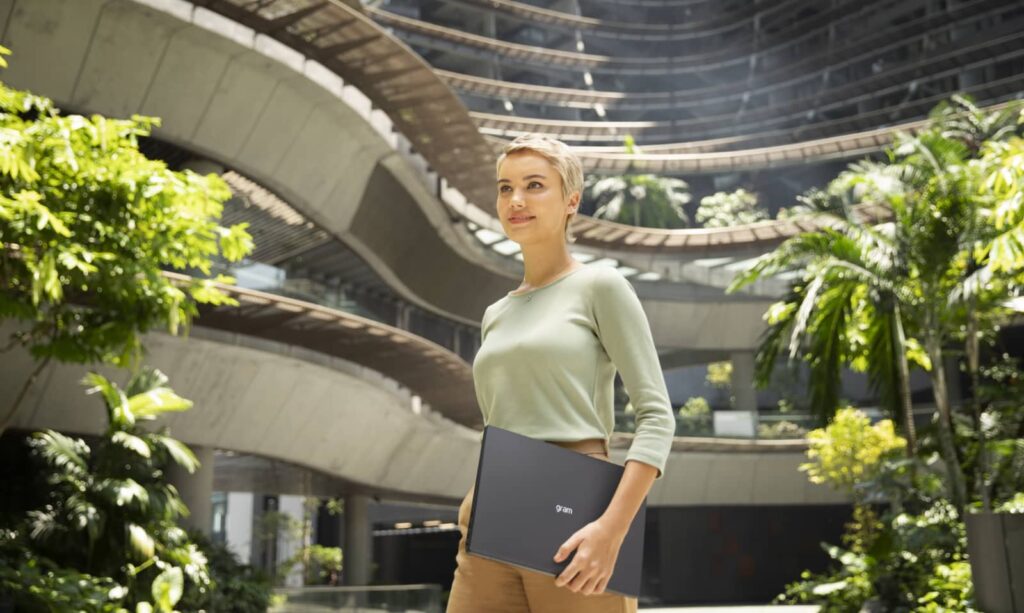