Owning a Leica is often a pricey affair when you buy new, but you don’t actually need to buy new it seems, as the classic brand turns to another option.

When something is expensive and high priced, there’s a good chance the used edition of it is going to save you some dollar bucks.

Grab a used car and you’re probably saving some money, though not necessarily the convenience of capped service pricing, while a used computer might see the odd scuff mark with a reconditioned set of innards. Used or pre-loved phones will be in a similar way, but may come with a scratch here and there (or maybe something worse).

We’ve certainly seen at least one telco embrace the idea of used phone sales, and so we’re not exactly surprised by Leica’s latest move in Australia: a pre-owned program for people to buy used Leica cameras in the country.

Used cameras isn’t anything new, though. You merely need to take a wander through what should be known as Melbourne’s camera district of a few camera stores back to back on Elizabeth St to see used cameras in windows, many of which are old and waiting to tell a new story from a new owner.

However, Leica is joining in with its own program all the same, essentially having Leica owners sell the old cameras and lenses back to the company for credit, with the older vintage cameras checked before sold, providing a Leica possibly at a friendlier price than the usual high cost a brand new model arrives with.

Locally there aren’t many models to start with on Leica’s local pre-owned store, offering the Leica SL Type 601 for $2800 and a Leica CL kit for $3600, but not a whole lot more. Both models are a touch out of date, but seem lower in price than when they would have first arrived, the Leica SL back in 2015 and the Leica CL two years later in 2017.

In the time since, Leica has offered more in its camera range, though they can be a lot more expensive, with the Leica Q2 costing near $9K with a lens fixed to the camera, while the Leica SL2 starts at $9900 body only. Meanwhile, the M-mount Leica M11 hits even higher, fetching a local price of $13,500 locally. Yikes.

It’s no wonder that Leica’s pre-owned program could entice some buyers, though given the age in some of these cameras, buyers might want to look around and do their research all the same. While an old Leica is still likely to be a good camera, spending up big dollars on an older gadget is typically the sort of thing you might do for antiques, and less so a gadget you intend to keep working with, lenses aside, which seem to hold their value. 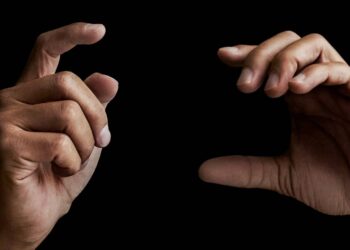