Fans of Aston Martin Aramco Cognizant can now wear their adoration as they work, as EPOS unveils a special pair of working headphones.

With the F1 season about to begin, it’s not throughly unsurprising to see gadget makers getting in the spirit. We’ve already seen it from toys, such as the F1 Lego Technic model on its way to stores, and the connection to racing won’t just be from things you can build for fun, but the things you can wear while you work.

The previously Sennheiser-connected headphone maker EPOS is expanding into F1 collaborations, with a pair of green accented headphones featuring the Aston logo matched to a pair of plush Adapt 660 working noise cancelling headphones in the special Adapt 660 AMC. Essentially, they’re an F1 special edition of the Adapt 660, offering four noise cancelling microphones, support for the Alexa voice assistant, up to 30 hours of battery life, and plush leatherette for your ears as you listen to music, and possibly talk on Zoom and Teams, with the latter supported directly.

These headphones probably won’t be exactly what the pit team wears in the Aston Martin Aramco Cognizant F1 team, but the style is at least simile, with green accents on each can, a lime green ring, plus the green on the headband, essentially adapting a pair of headphones based on Sennheiser’s PXC 550, but for working. Outside of the accents, the style is the same, the battery is the same, though there are four microphones here compared to the PXC 550’s three.

EPOS also brings a dose of AI to improve the audio you’re hearing, though we’ve not yet heard if there’s an app for your phone. While they work on Bluetooth, EPOS earphones we’ve tested in the past have lacked an app to let you tweak the sound or ANC, and we’re not sure this will change with these headphones, either.

There’s also the matter of the cost, because the Aston Martin F1 edition of headphones is also unsurprisingly going to increase the cost, as brand collaborations typically do. As it is, you can expect roughly twice the cost of the original with the EPOS Adapt 660 ANC headphones normally retailing in Australia for $449, while the AMF1 Adapt 660 AMC headphones will cost $967 in Australia when they launch at the end of March. 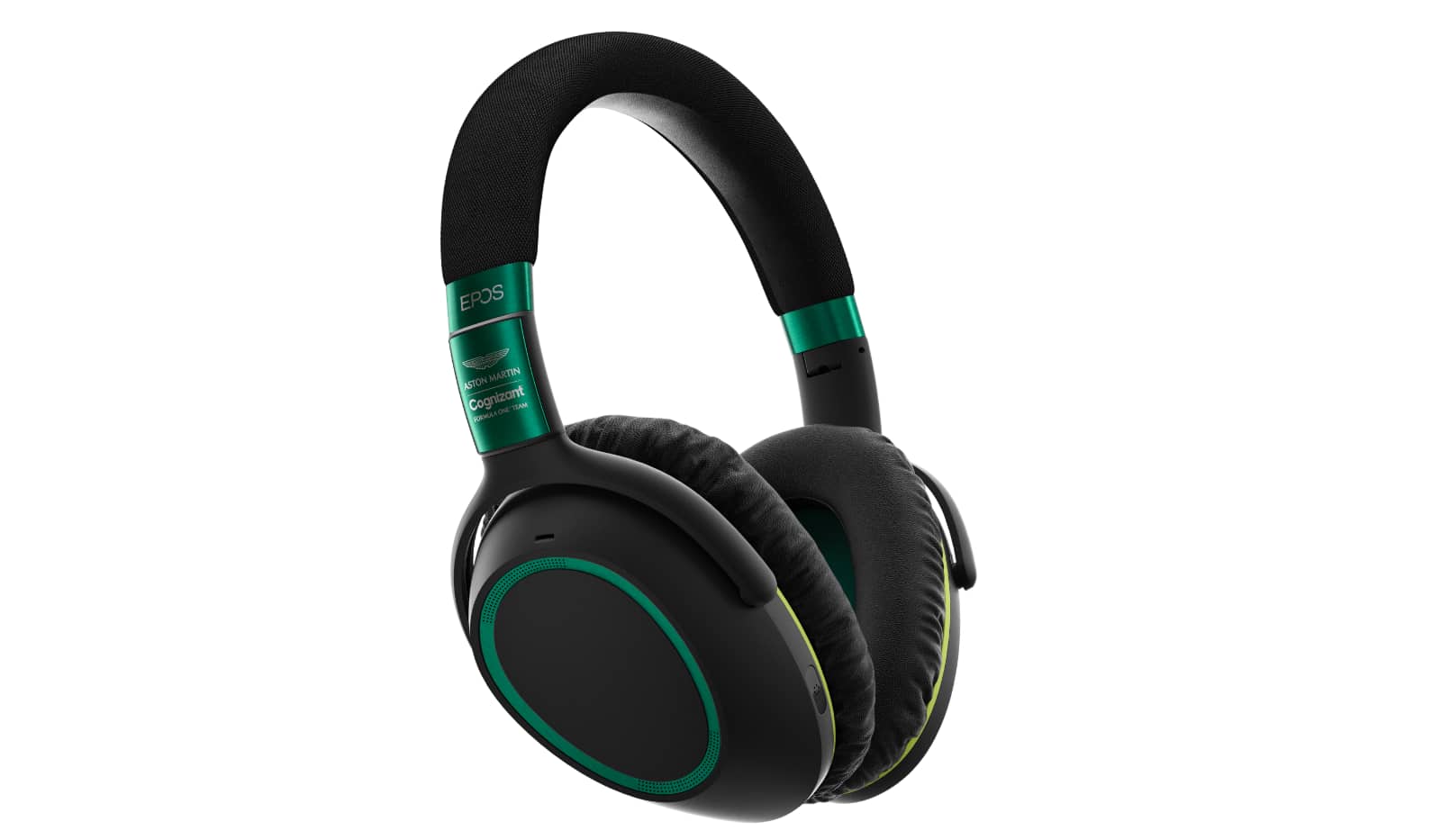