Apple’s Worldwide Developer’s Conference has kicked off, and right out the gate, the new and exciting gear may well be one of the most popular laptops, as Apple updates not just the tech inside with a refresh, but also a total redesign.

It’s been almost two years since Apple added its M1 to the MacBook Air, and while we loved that computer, the inside was changed and not the outside. The 2020 M1 Air followed the design of the MacBook Air that came before it, and has stuck around for a few years, but that looks set to change this year.

In 2022, Apple is introducing a new generation of MacBook Air with its Apple Silicon inside, and much has changed. 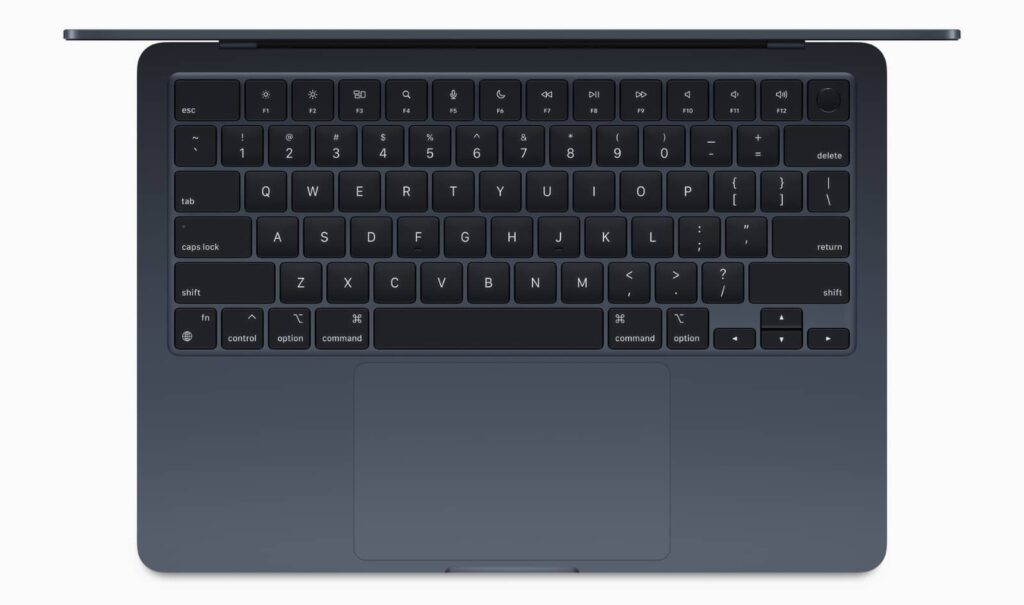 Easily one of the more popular laptops out, Apple’s MacBook Air is getting a refresh inside and out, as Apple borrows a page from its 2021 MacBook Pro line.

If you’ve seen the MacBook Pro 16, you may well know what we’re talking about. A softer rectangular design made for a smaller size is pretty much the focus of this, arriving in a thin body that hits a thickness of only 11.3mm and a weight of 1.24 kilograms. Crafted from aluminium, it’ll come in four colours, with silver and space grey joined by a midnight metallic blue and a gold starlight, and is a departure from the angular design seen previously.

And they’ll sport more than just a new look, but also more speakers, more performance, more focus on the webcam, and even more battery life.

At the heart is one of Apple’s other WWDC 2022 announcements, the M2 chip, which gives Apple a little more oomph to work with. It’ll support 4K and 8K video streams, plus support for Apple’s ProRes video engine, so video editors keen for a slim and light machine have options outside of the bigger MacBook Pros, and that’s not all. 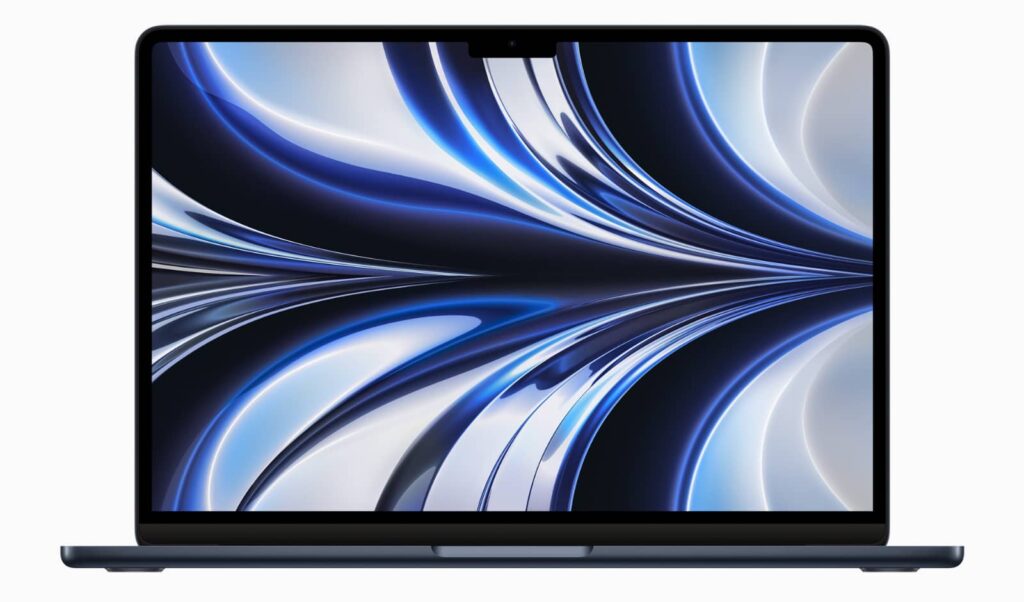 The screen is seeing a size increasing, jumping from the 13.3 inches of the previous Air to a 13.6 inch display found in the new model. The camera will sit in a notched design, too, just like the new MacBook Pro models, and it’s seeing an upgrade to a Full HD 1080p FaceTime camera, with more support for low-light plus a new image processor on the M2 chip to handle improved video.

The sound has been upgraded, likely because Apple loves itself some Dolby Atmos capability in its speakers, with four speakers built into the MacBook Air plus three mics for talking to people in chats.

And there’s also a new set of ports on the left, as Apple keeps the two Thunderbolt ports of the last gen, but brings along the MagSafe 3 connector on the side, essentially giving you one port for power and two for charging, though you can clearly still use the Type C Thunderbolt port to charge if you wish.

There’s even a new two-port Type C charge plug coming in the box of at least one MacBook Air variation, handy if you have more than one device, and it’s quite small, too. 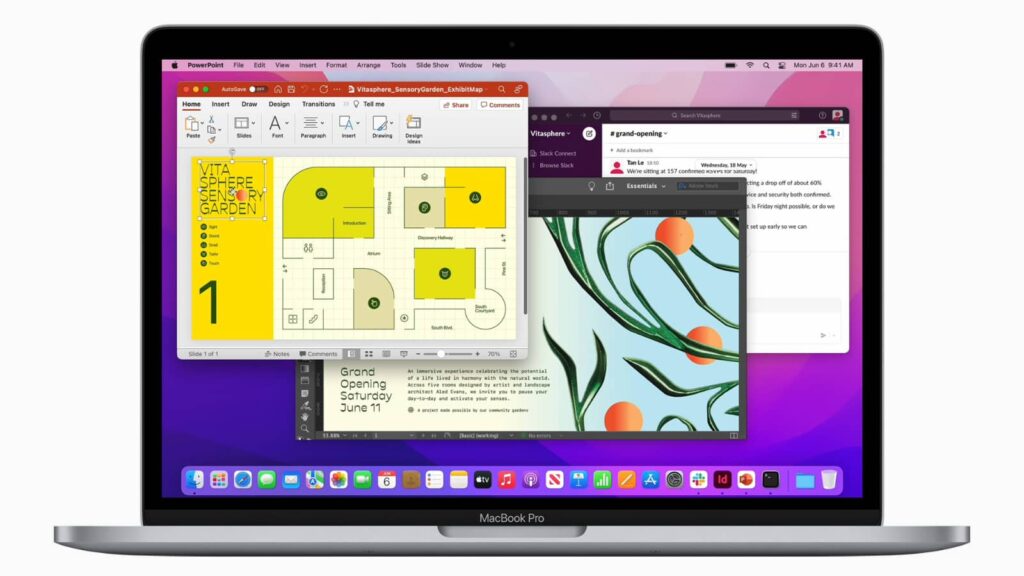 Alongside the launch of a new MBA, there’s also an MBP, but it’s not quite the Pro line we saw last year.

For instance, the OLED Touch Bar sticks around on the 2022 MBP 13, ands there’s also no SD card slot nor is there the updated MagSafe 3 charging port, even if the latter will be seen on the new Air.

Rather, the 2022 update of the MBP 13 appears to be focused a little like an entry-level MacBook Pro 14. You’ll get the new more powerful M2 chip complete with the 10-core graphics as standard, but everything else will stay the same, starting at $1999 in Australia for an 8GB RAM and 256GB SSD, compared to the MacBook Pro 14 which starts at a thousand more ($2999) for the faster M1 Pro with twice the memory and storage (16GB RAM, 512GB storage), more ports, and a bigger screen.

Picking between a MacBook Pro might have been made a little complex, catering for power and price, but the MacBook Air is similarly a little more varied this year, as well.

The newly introduced M2 MacBook Air will actually join the previous generation, with the M1 MacBook Air sticking around in its entry level option for $1499 with the 8-core CPU, 7-core GPU, 8GB RAM, 256GB storage, and 13.3 inch screen, while the M2 will offer a little more from $400 more of a spend.

You can expect to find the M2 MacBook Air from $1899 in Australia with the 8-core CPU and 8-core GPU, plus 8GB RAM and 256GB storage, all with the new features, including the marginally bigger 13.6 inch screen and MagSafe charging port. 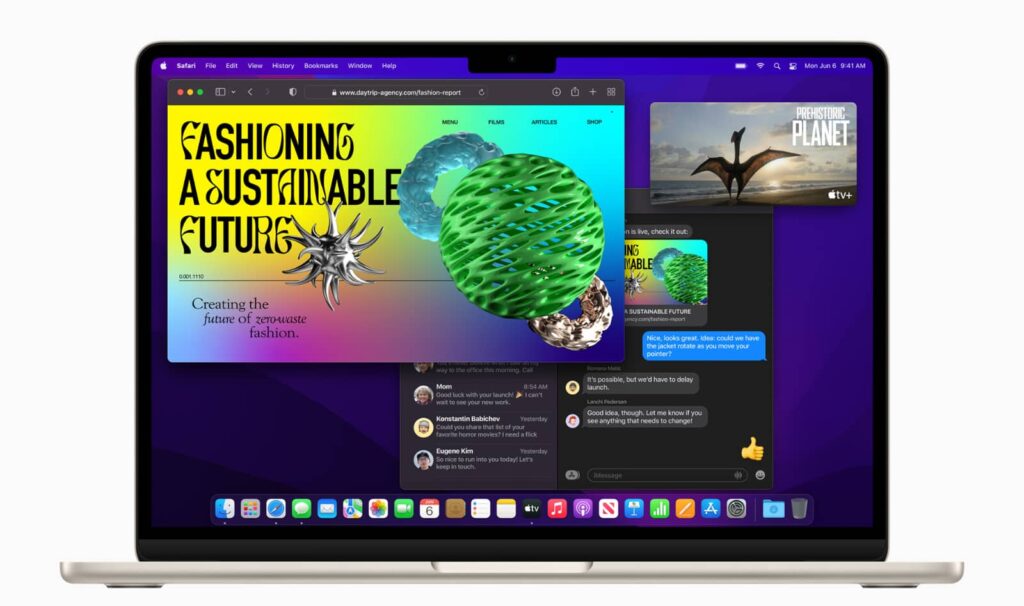 And if you opt for the slightly more impressive version, you’ll find the high-end M2 MacBook Air will go for $2349 with the 8-core CPU and 10-core GPU, plus a dual Type C USB port adaptor, so you can charge both the computer and something else (like your phone) from the one plug pack.

Interestingly, Apple will let you boost the memory of the 2022 MacBook Air, giving you that extra little bit to work with if you want to push the power even more, offering options of either 16GB for $300 more or 24GB for $600 more, handy if you’re looking for more resources on your ultra-thin Mac, with storage able. To be boosted to 1TB and 2TB.