Apple refreshes MacBook Pro 14, 16 with a lot of new

New chips are only one part of Apple’s big event this week. There’s also a new MacBook Pro line sporting new features, too.

When last year’s MacBook Pro 13 was updated alongside its MacBook Air sibling, there was a degree of confusion. Both were great laptops, but given they each featured the same M1 chip, there wasn’t a lot of difference in power found inside each. The Air and Pro were very, very close, and beyond the extra storage and memory you could get in the Pro, plus the inclusion of a fan, spotting the differences weren’t easy.

But if you needed more oomph, the MacBook Pro 13 could have felt like a missed opportunity. It was very, very good — and gave a lot of PC laptops a good run for their money — but there were times it lacked the feeling that the “pro” moniker in the MBP range acts upon.

After our MBP 13 review, we found that while the M1 was good for almost anything we threw at it, the heavy resources needed to build polygon-laden video games and animations in Unreal Engine saw the system struggle.

It was an example of where the MacBook Pro could be better, because if you had to have more grunt than the eight-cores of CPU and eight-cores of GPU on offer from the first M1, you didn’t have anywhere else to go.

Excess horsepower is where workstation computers thrive, and it’s where the pro-line of the portable Mac bones are. Big meaty processors and graphics technology coming together to let you do anything, whether it’s video editing, audio work, animation, photo editing, data visualisation, and more. If you need grunt to go, the MacBook Pro line is one of the first you consider.

This year, the MBP might have a lot more grunt to work with, but it’s not the only change Apple is imparting on the line. 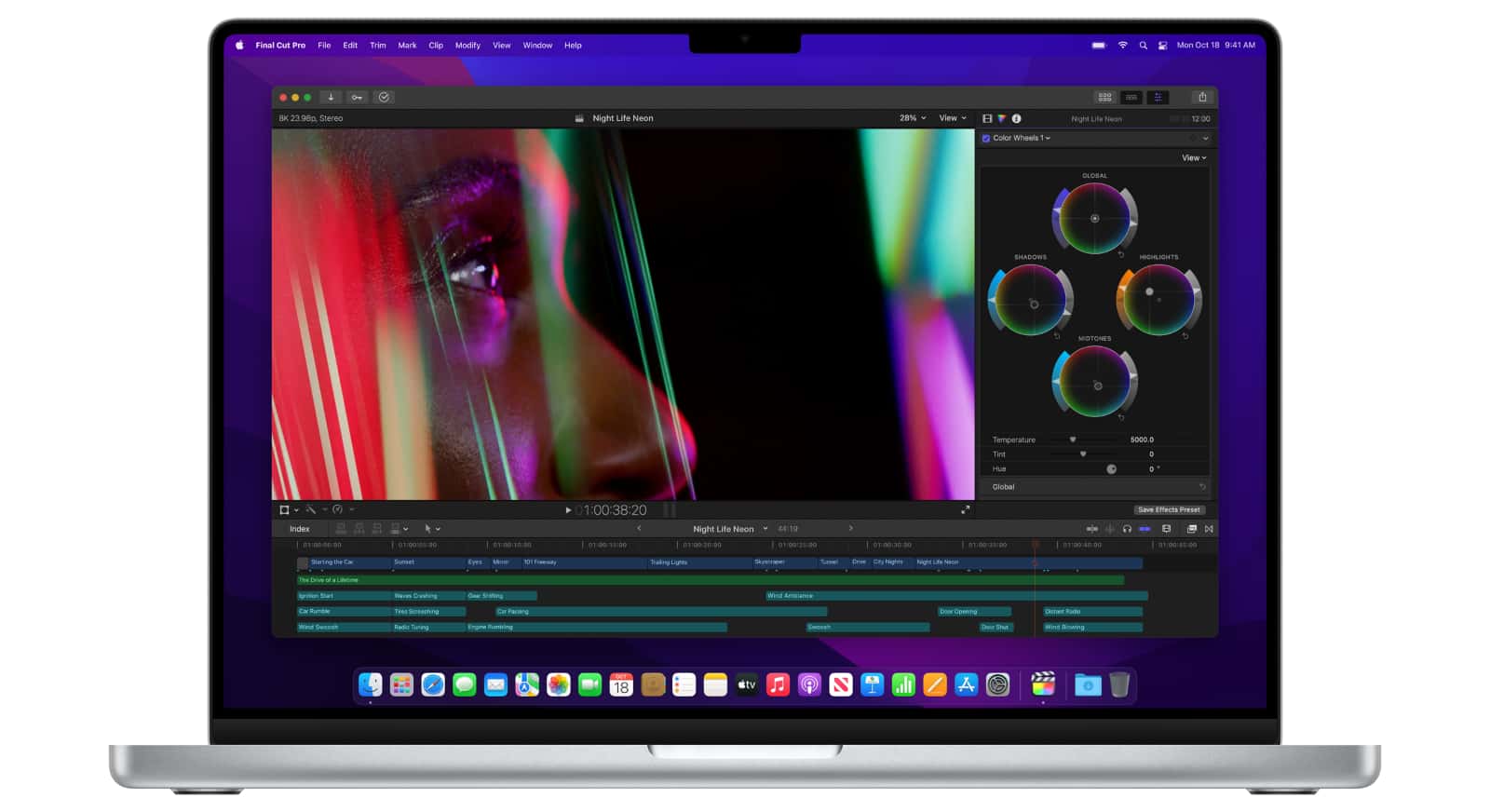 With this week’s Apple October event talking up new AirPods as one announcement, the main focus is on what goes under the computers, with the M1 Pro and M1 Max chips, two sets of processors that add more size to the chip itself, but also factor in a whole heap of graphical prowess extra. Depending on how much horsepower you need and what you want to do, Apple will offer eight- and ten-core CPUs, while the graphical counterpart will hit as high as 14, 16, 24, and 32 cores. It’s a lot of grunt for people who need it.

But the chip changes aren’t the only things new to Apple’s MacBook Pro slate, and while they’re important, there’s more going on here.

Coming in both a 14.2 and 16.2 inch version, you’ll be able to spec either up to include those meaty new M1 Pro and M1 Max chips, with 16GB coming native to either model and as much as 32 or 64GB RAM. You’ll need the M1 Max for the latter, but if you have money to spare and need the memory, it’ll be on offer.

And it’ll come to either size.

While the 16 inch Intel MacBook Pro from last year might have been where all the grunt was in Apple’s portable computer line-up, either model — 14 or 16 — can get either chip and memory amount, dealer’s choice. There’s also a starting amount of 512GB SSD, but able to be expanded all the way up to a staggering 8TB, and it’s not all that’s new.

Apple is also removing the OLED Touch Bar previously found across the MBP range, replacing it with physical functional keys and a fingerprint sensor. 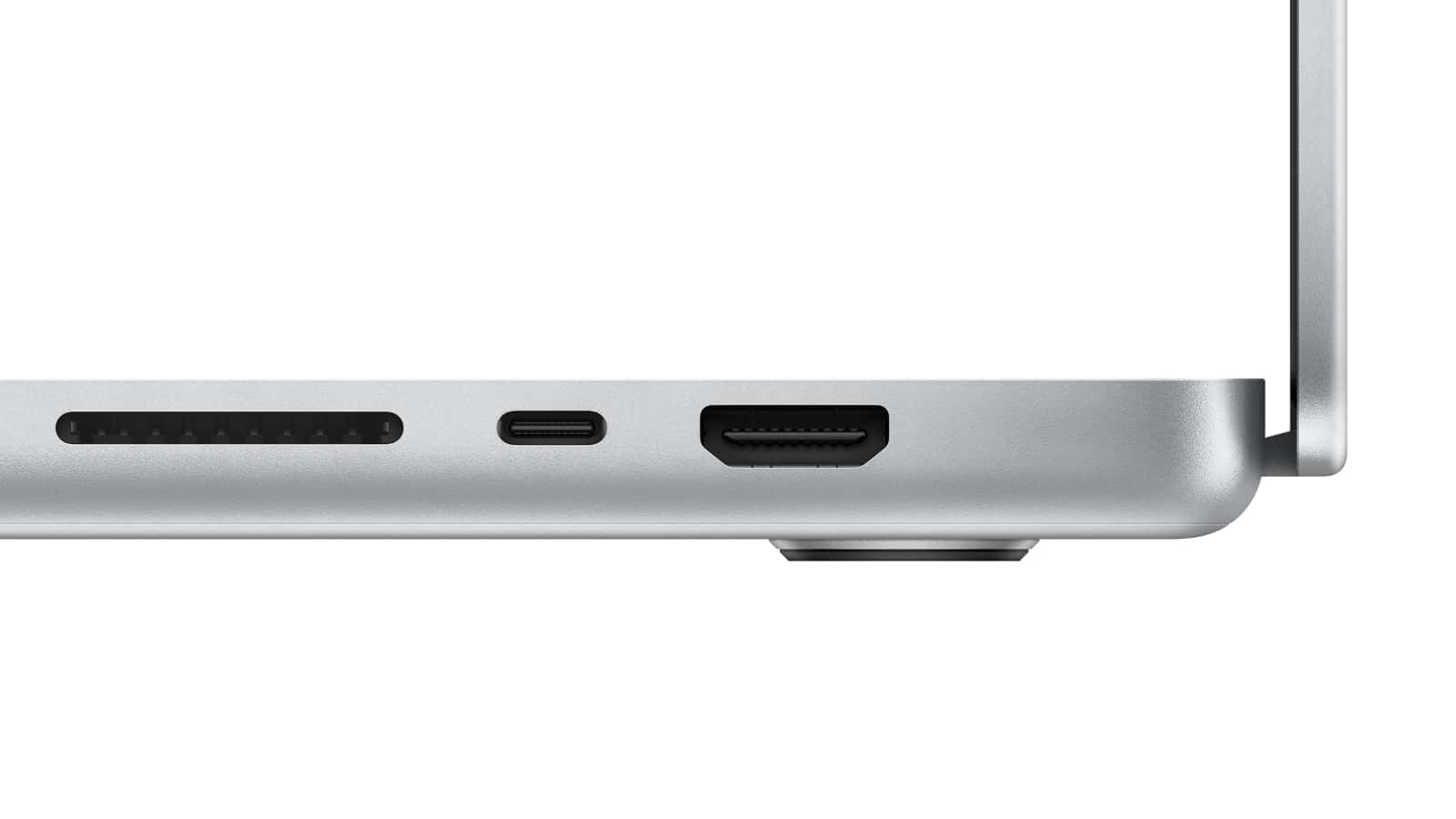 The company is also bringing back some familiar port favourites, because just in case you didn’t like or agree with all USB Type C Thunderbolt ports, you’ll now find three of those instead of the typical four, plus a 3.5mm headphone port, an HDMI port, an SDXC card slot, and the return of Apple’s MagSafe.

Now in version three, Apple’s computer-focused MagSafe is different from the ring of magnets on the back of the phone, and instead relies on a proprietary magnetic port that can be easily pulled from the side of the computer without the fear that it’ll pull the computer along, as well.

Apple has also made its design a little classic, smoothing the corners and edges slightly, with the aluminium enclosure being a touch reminiscent of a classic MacBook Pro. 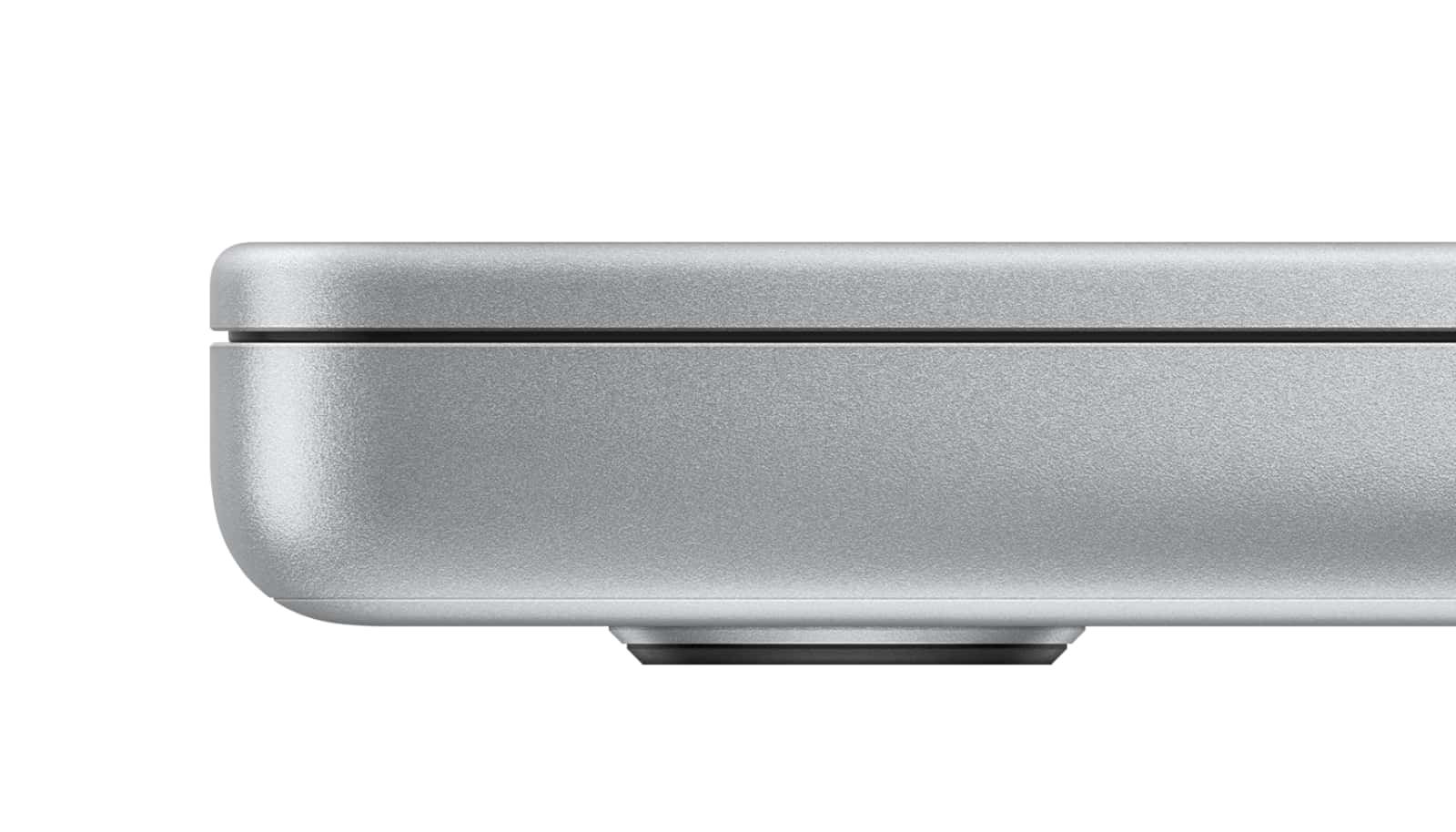 And all the fix-ins are here, too. You’ll find 802.11/b/g/n/ac/ax WiFi 6, Bluetooth 5, a Full HD FaceTime HD camera, six speakers for sound with spatial audio also supported, and three mics, too.

Plenty of power, too

Powering the 2021 MacBook Pro models, you’ll get a choice: MagSafe or Type C Thunderbolt. Essentially, if you’ve spent the money on Type C cables and chargers, you can still use both, much like you can to charge an iPad, or many a headphone, speaker, camera, and plenty of Android phones.

To Apple’s credit, the MagSafe adapter is on a Type C cable, so think of MagSafe’s return as something made to work with the Type C standard of today.

There’s a lot of battery from either, as well, though the bigger the computer and the less strenuous the task, the more you’ll likely see. The 14 inch supports up to 17 hours, while the 16 inch can reach as high as 21, apparently. Yikes.

In fact, the battery and the charger will see power pack differences that are clearly sizeable. In the 14 inch laptop, Apple will pack in either a 67 watt or 96 watt power adaptor, dependent on the chip you get. In the 16 inch model, it’s as much as double the power, with a 140w power adaptor.

A big screen and a little notch 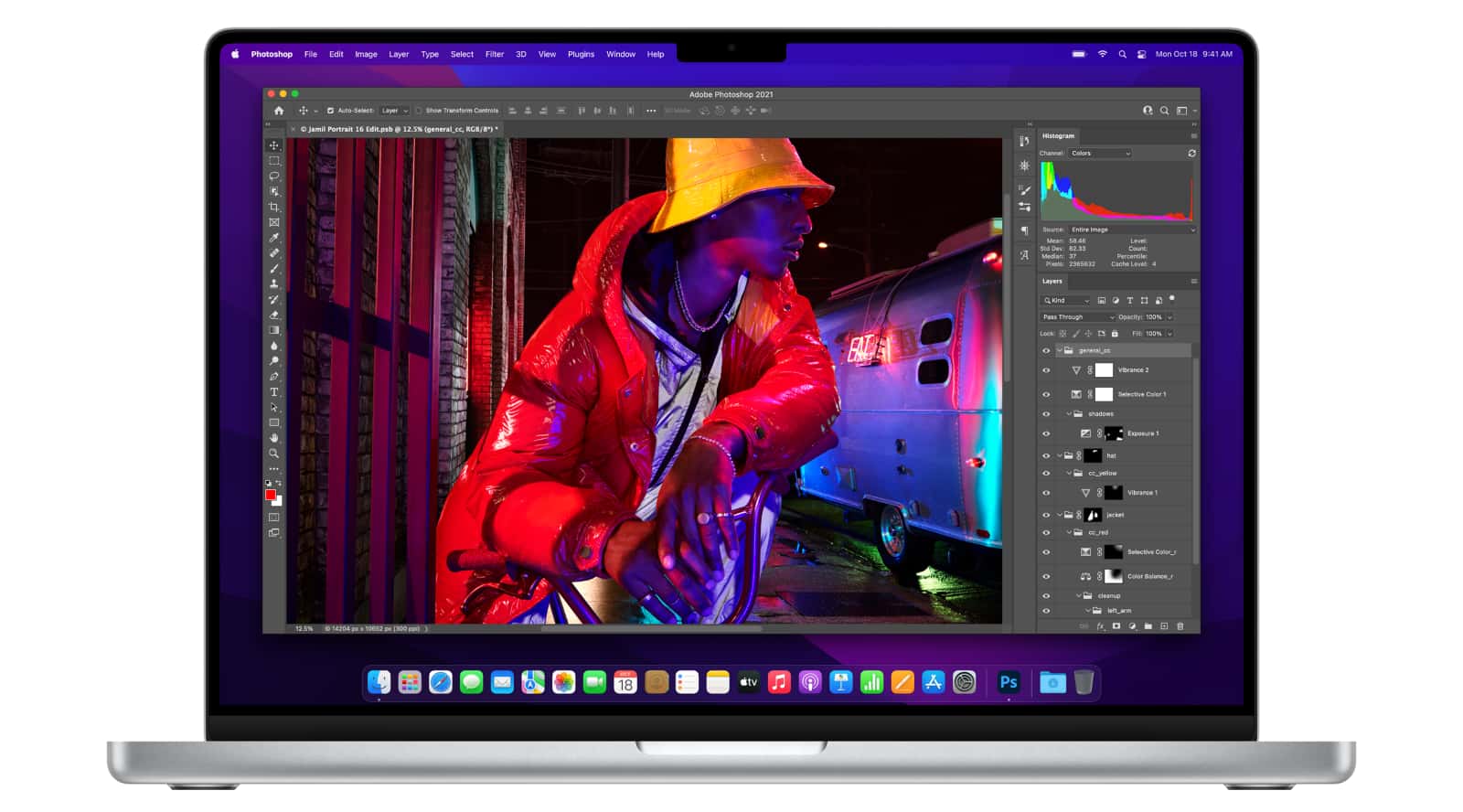 Finally, there’s the screen, because like the battery, it’s the place that sees the obvious differences.

In the 14 inch MacBook Pro, there’s a 14.2 inch 3024×1964 display, while the 16 inch sports 3456×2234, both offering Apple’s Liquid Retina XDR display with True Tone white balancing, support for a billion colours, and a new snazzy ProMotion technology to alternate the refresh rate based on what you’re doing at the time.

And it comes with a notch much like the iPhone, allowing the screen to look and feel bigger, all by keeping the FaceTime camera in a smaller part of the look.

“The all-new MacBook Pro adds a breathtaking XDR display, more ports like MagSafe 3, an advanced 1080p camera and a sensational six-speaker sound system, all in a stunning new design,” he said.

“The new MacBook Pro simply has no equal and is by far the best pro notebook we’ve ever built.”

The main focus for the 2021 MacBook Pro range may well be on speed, and then what you can do with the computers, with the result being anything.

Apple is talking up more plugins for Logic Pro, which has been updated to work with the new M1 Pro and M1 Max chips, faster 4K renders in Final Cut Pro, improved render times in Blackmagic’s DaVinci Resolve Studio, faster performance in both Adobe Photoshop and Affinity Photo, and even developer builds completing more quickly in Apple’s Xcode system.

The battery life is also seeing an update, with up to twice the battery life for photographers using Adobe Lightroom Classic, and that 21 hours from the MBP 16 being the longest runtime for any Mac laptop yet.

While Apple hasn’t made a big deal about the removal of the OLED Touch Bar, the return of standard ports like HDMI and the SD card slot will be seen as a bit of a win for folks in the professional space.

Ever since Apple removed both, many have wondered why, as the increased push for using the Type C port has meant buying converters to do these things. Up until this edition, you needed to convert Type C to an SD card slot and Type C to an HDMI port if you wanted both, something you can do with port replicators and little break-out plugs, but would be better if it was on-board.

As it is, the return of the humble SD card slot and HDMI may feel like an obvious win for folks working in the video space, as it means they won’t need extra plugs or dongles to go to a TV via HDMI, or to get big video files off of cameras. One less plug may make for a happier video editor, and everyone else.

That is until you get to the price. 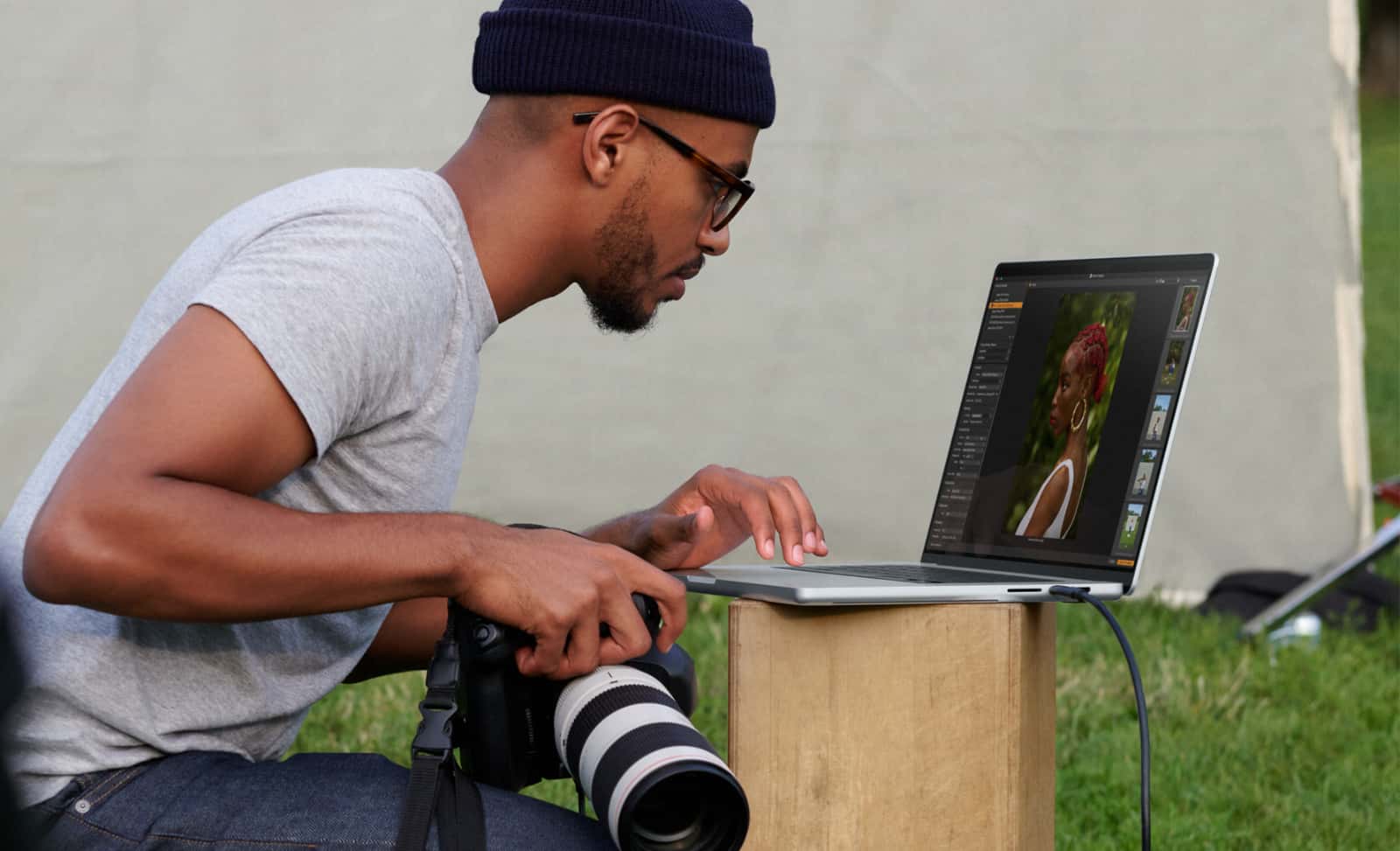 Australian pricing and availability for the 2021 MacBook Pros

Most people looking at these laptops will probably be a little more conservative, and keep its specs modest, or even close to where Apple sets them at, but the options are out there, and look set to start arriving in Australia from October 26, though custom builds may take a little longer.