Wish you didn’t have to share your screen with others? A big screen experience comes to a pair of glasses courtesy of TCL.

Our future may well be very different from the one we envisioned in the 80s, but while we don’t all sport automatic lace-up shows or experiencing holographic entertainment, we’re gradually inching closer to technologies that get there. For instance, Nike has an adaptive shoe that can handle automatic lacing, and while holographic entertainment isn’t really a thing yet, virtual entertainment certainly is, with no shortage of headsets for you to plunge your eyes into.

But while virtual reality (VR) is an opportunity anyone can try, it mightn’t be quite as accessible as the mere head-mounted display, also known as the “HMD”. A little different, while a VR headset offers a big screen for your eyes with movement tracking, the HMD cuts out the movement and just leaves you with the big screen.

In short, the head-mounted display is exactly what the name suggests: a screen strapped to your head, and a technology that has been progressively getting smaller and smaller over time.

This year, TCL surprised us with a new generation of the concept in the Nxtwear G, and it is ready to go with a model Australians can now check out, providing what looks like a pair of sunglasses, but without any protection from the sun. Rather, each lens incorporates a micro OLED Full HD 1080p display that when put together tricks the brain into seeing a screen roughly measuring 140 inches.

In short, you get a big screen in a pair of glasses you can hold in your hands, and a personal screen, at that.

A wired take on the idea, the Nxtwear G relies on a USB Type C cord to get their power and data from a device, meaning the iPhone is out, but almost every other recent phone, tablet, or computer is in, allowing you to plug in and tune into a big screen, turning a phone into a trackpad so you can keep using the display without needing to plug in an external mouse.

There’s also a sense of 3D here, because the dual screens can be used for left and right imagery, meaning if you’re watching a 3D movie, it should feel 3D in comparison to the 2D performance you’d get on a TV these days. And there are some speakers built into the glasses, too, allowing you to experience the screen’s viewing without necessarily sharing it with the rest of the world.

“With 40 years of research and development, TCL continues to push the boundaries of innovation, and this includes challenging form factors in ways that will create new and exciting experiences for consumers,” said Joseph Corrente, Channel Manager for TCL in Australia, New Zealand and the Pacific Islands.

“The TCL Nxtwear G Smart Glasses epitomises this global commitment and emulates a 140-inch screen right before your eyes,” he said. 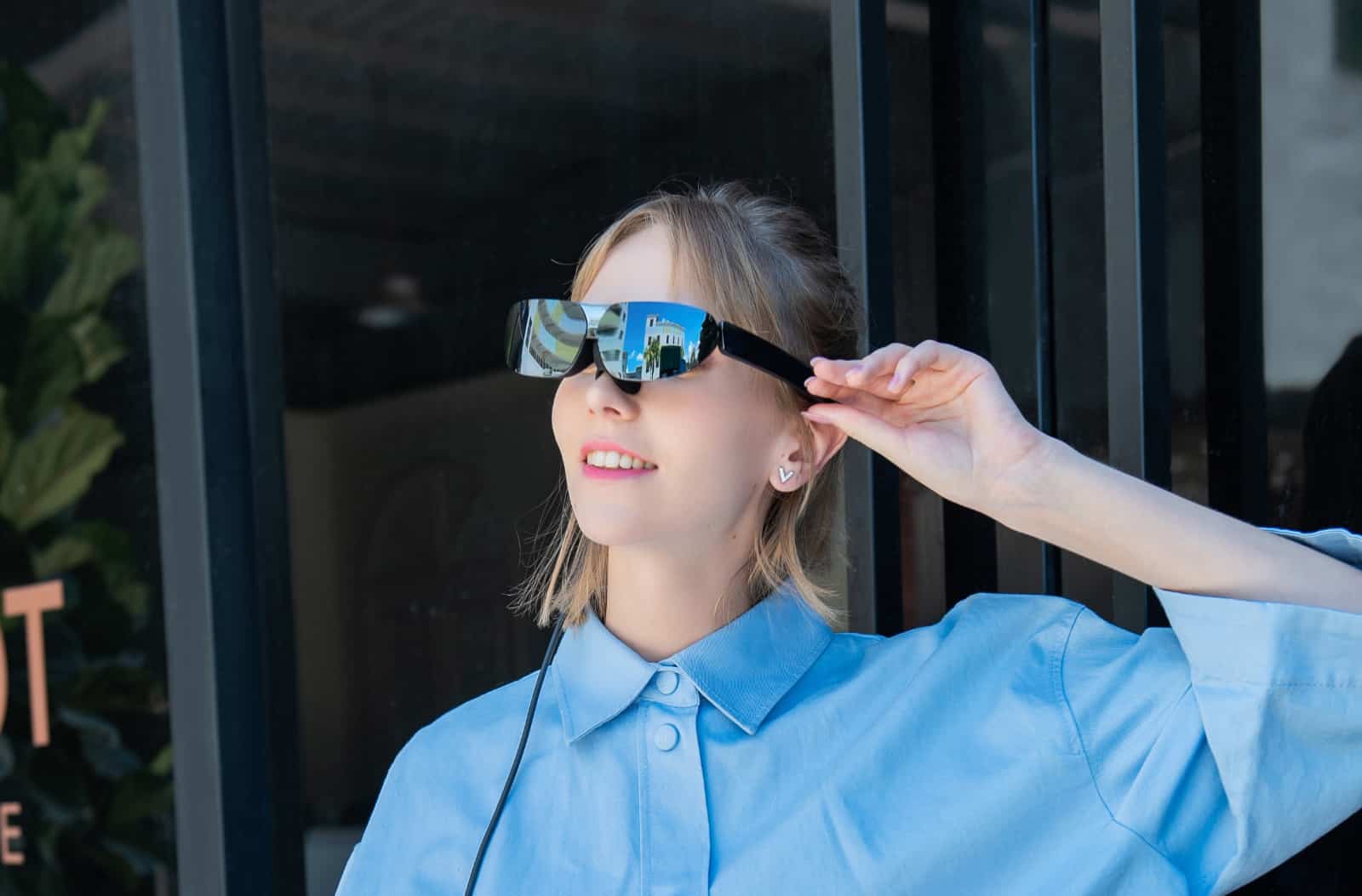 Alongside the launch, TCL has said owners will also receive a six month subscription to Optus Sport, but did confirm there were no phones or other devices bundled in with the Nxtwear G Smart Glasses. That means these are very much a case of BYO, with the glasses being plugged in to any other Type C device you have, but not coming with one.

You’ll find it in Harvey Norman specifically, however, with the TCL Nxtwear G smart glasses available in Australia for a recommended retail price of $899 locally. 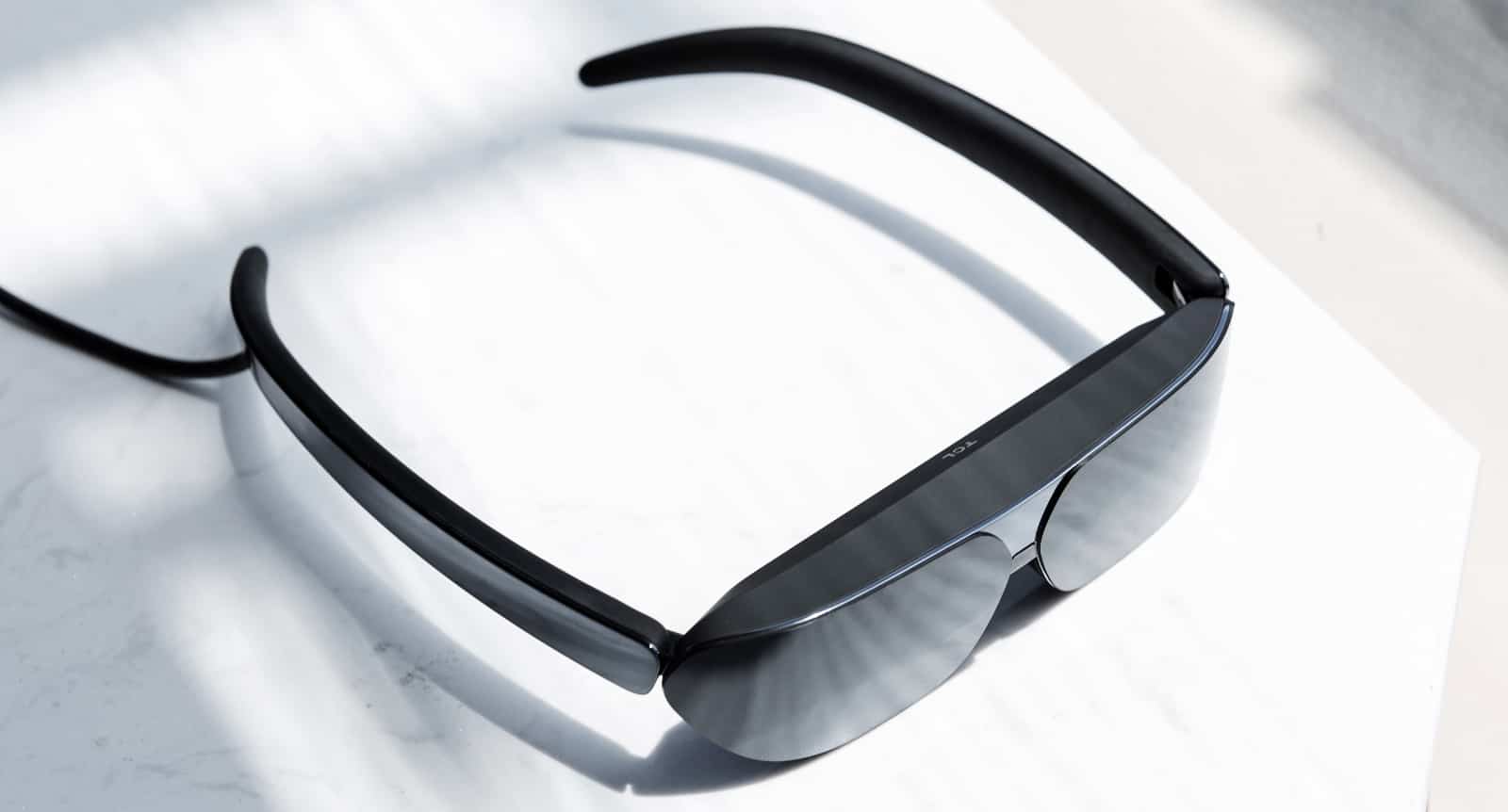