Some security cameras blend in and capture without attention, but Swann’s latest appears to ditch that, with red and blue lights aimed at deterring intruders.

Security cameras have become very much a part of home technology for some, and it’s an area that’s growing. You only have to look at the availability of Arlo and Ring, among others, to see just what’s happening in those areas, as more companies find a way to make a smart home not just about wiring up cameras to the web, but alerting you when something is happening.

The reality is that a smart home security system can provide a sentry system for where you live, capturing what’s going on and providing you with some peace of mind for when you’re not there, and even when you are.

But they’re not all created equal, and depending on what you want, you may find a major assortment of features. For instance, if you want a floodlight, you can find a camera built into one of those, while if you want a doorbell, there’s also a security system for that, too.

Australia’s Swann has long been a provider for that, but in recent years it might feel like the company has taken a bit of a backseat while other brands have made a dent here.

Ahead of the digital CES 2021 show, however, it seems like Swann intends to make a show of its security capabilities once more, announcing a new piece of gear for the home that not only intends to stop would-be intruders in their track, but possibly startle them, too, capturing their image at the same time.

It’s coming in Swann’s 4K Enforcer Kit, a security system that doesn’t opt for the wireless approach common to home security systems these days, and instead keeps things wired. However what it does gain from the wired approach is a combination of features capturing 4K video, a colourful form of night vision, facial recognition, vehicle detection, heat and motion sensing, and support for two-way communication through the cameras, so you can talk to people on the other side.

The technology being used in the Swann Enforcer is patent-pending, but leverages red and blue lights, using what we suspect is the feeling of police nearby as well as spotlights to deter intruders from taking the next step. Throughout this, the cameras can see night vision in colour, and pick up on faces, capturing images and video when people are in view.

Swann is bringing this technology together with four bullet cameras and two dome cameras, plus the wired hardware to keep it all connected and recording, but as to how much it will cost, that remains to be seen. Release in Australia does appear to be very likely, hardly surprising given the company is from the region, but right now, there’s no word as to quite when that will be beyond this year. 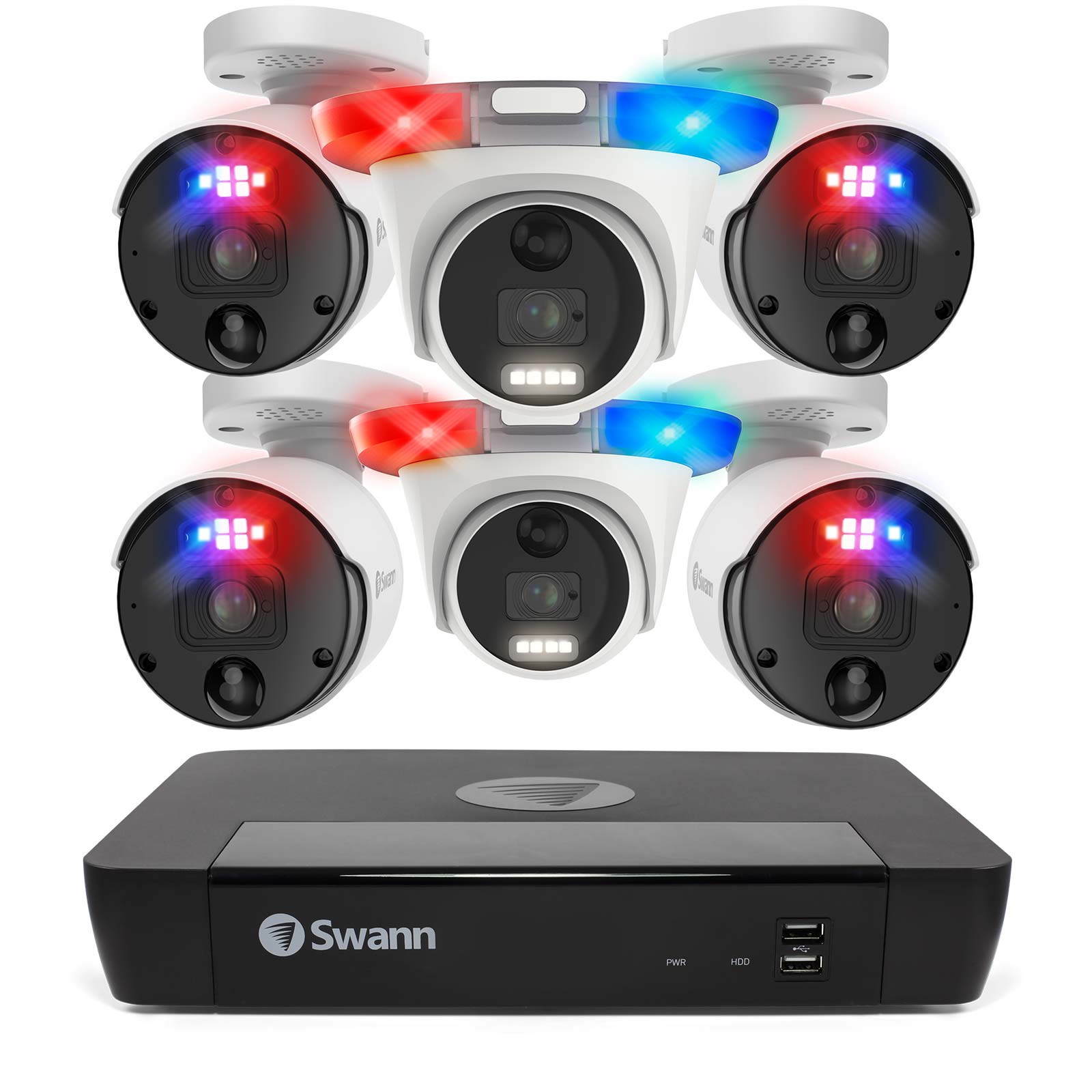