A glass of water and an ice cube of every size is waiting in Samsung’s 2021 range of French Door fridges.

It might be because your old one is broken or getting close, or maybe because you want something new to store and house your food and drinks in.

That’s what a fridge is for, after all, and they can last for so long as it is, so making sure it covers your needs from the get-go is typically an important part.

Most fridges will, mind you, but if you’re after one that goes the extra mile for your beverages, you might be looking for something specifically built around drinks.

That’s something Samsung says has become more of a thing in recent years, with last year reportedly seeing Australians head to the kitchen more than previously had.

“In 2020, we saw many Aussies turn to the kitchen as a hub for in-home entertainment with 29% of Australians indicating they’re eating more meals together with family and friends,” said Andrew Wand, Head of Home Appliances at Samsung in Australia.

“As such, the kitchen remains the heart of the Australian home and Samsung believes in creating innovative kitchen appliances that can make a real difference in people’s lives,” he said. 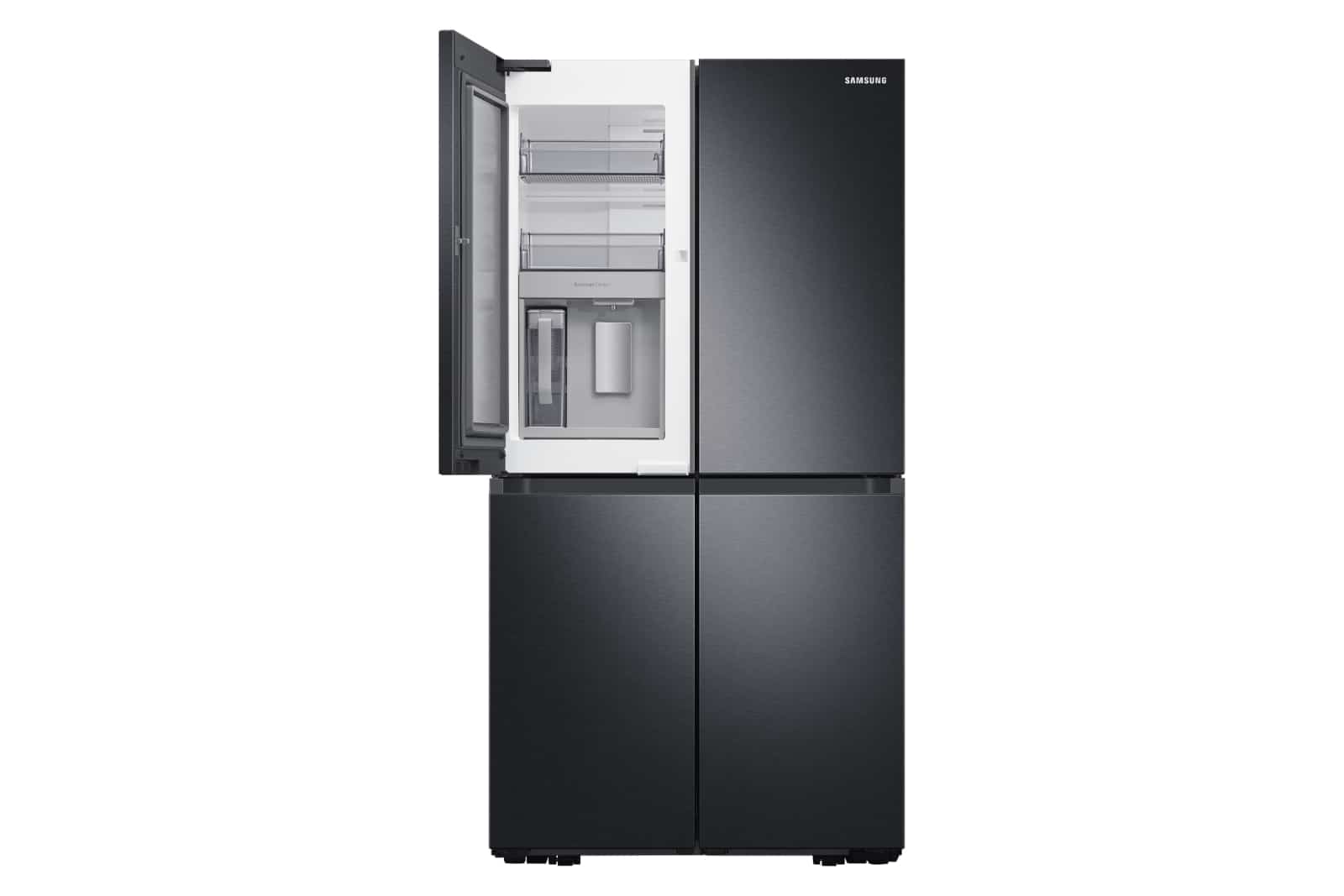 With that in mind, Samsung’s approach this year appears to be making the fridge a little more centralised for drinks, and rather than reaching all the way in to get a beverage, the outside is largely focused on making it so that you don’t have to open it up.

Announced earlier in the year at CES, the idea is that nstead of opening the door all the way, Samsung will let you open a part of the door specifically for beverages, with the rest of what’s behind that door keeping your food chilled. 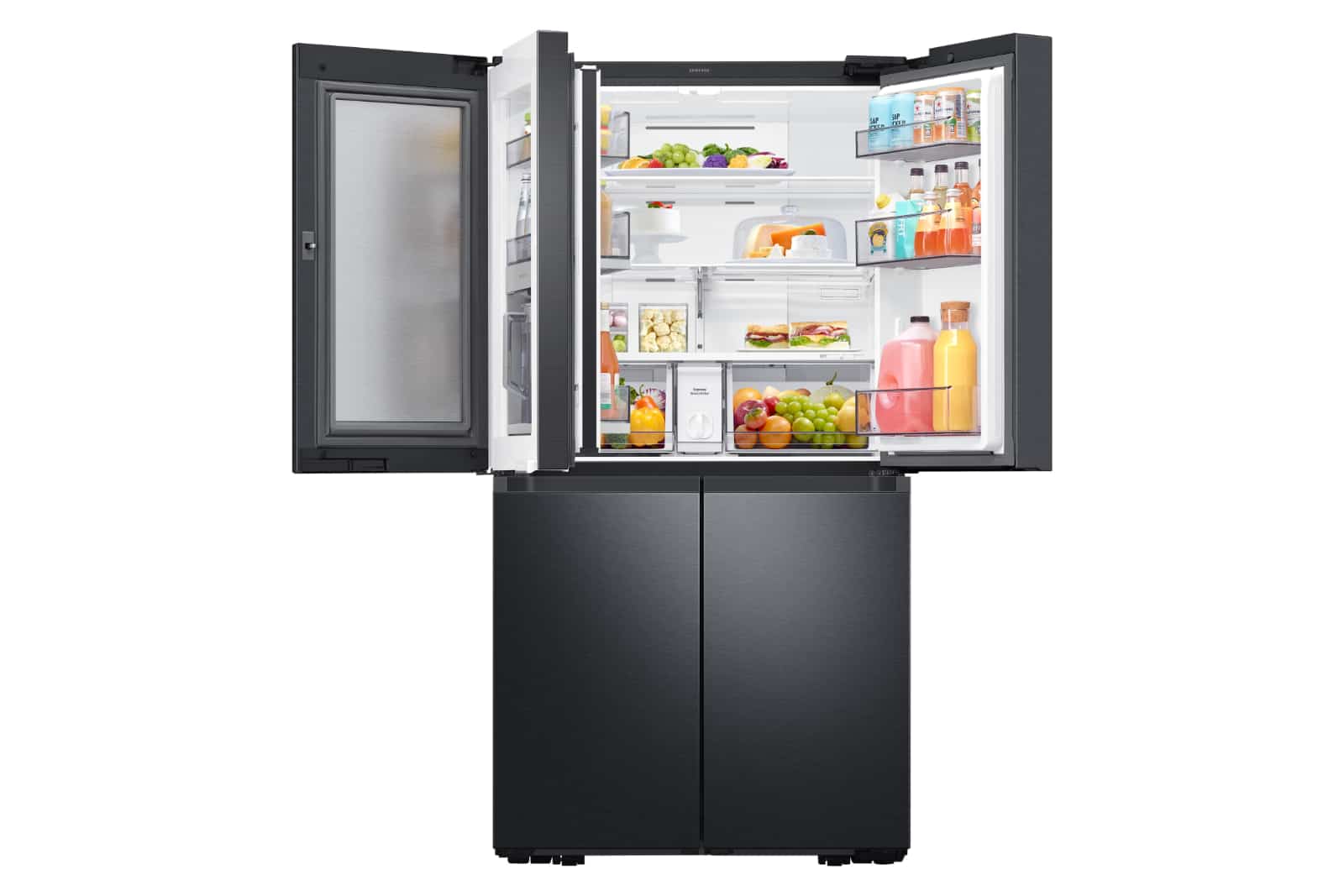 We don’t believe Samsung is necessarily the first one to try this, as LG has offered a door-in-door concept before, too, though Samsung’s approach this year is to include a 1.4 litre water jug inside of its French Door refrigerator that refills itself, while offering an ice system that not only makes ice cube, but also smaller chunks of ice for a hot day.

Inside the fridge, there’s not a whole lot of new stuff, beyond a large space for food, a cooling technology that constantly checks the temperature, and faster cooling and freezing functions that can chew through some energy and proactively make things a little cooler faster.

Beyond that, Samsung’s 2021 French Door range of fridges are exactly what you’d expect, with doors that open both ways for the fridge and freezer, and keep your food cool. They’re coming to select shops now, where they’ll be priced form $2999 in Australia. 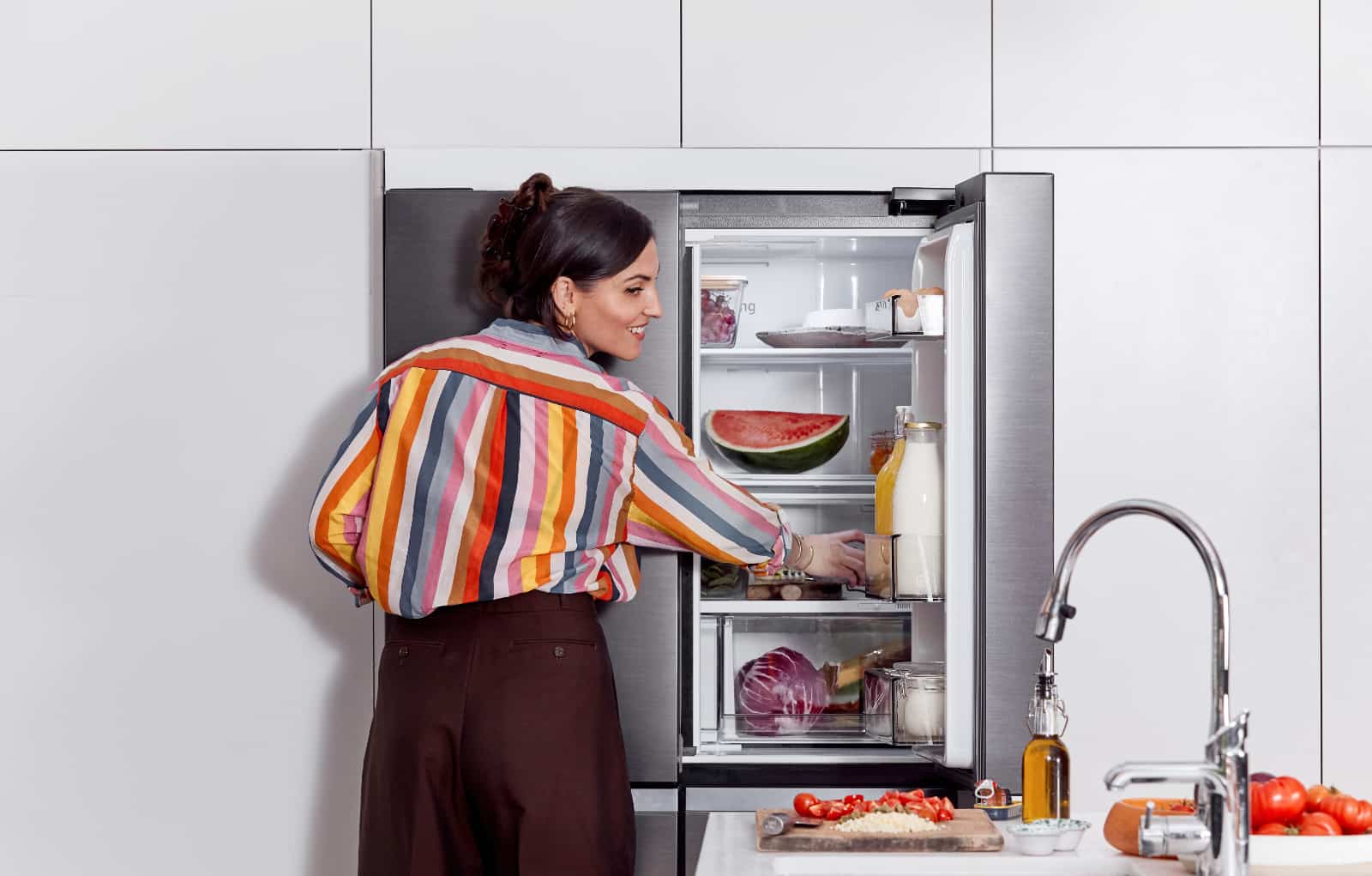