Samsung is ready with a few new screens for office and home, but beyond size, the features are more useful rather than standout.

Whether you work from home or are making your way back to the office, there’s a good chance you’ll be relying on a monitor. Unless you rely on an all-in-one computer like an iMac, you’re likely working off a smaller screen on a laptop and need to plug into a bigger screen, or need a monitor for a desktop.

While the latter is less likely — because desktops are largely going the way of the dodo unless you’re a gamer or someone with a workstation — adding a monitor to a computer is something so many of us do because it enhances what we can do with the computer. A bigger screen almost always delivers more screen real estate, but there are other benefits, too.

A different type of monitor position can make for a different setup which is more efficient, with some screens rotating to allow more to be shown, others curving around you, and others again supporting picture-in-picture for twice the sources, not just from a computer but from something else. They may even have the odd health benefit or two.

In Samsung’s 2021 monitor range, the features are more about use rather than standout, because while Samsung has already offered a smart monitor with its Tizen Smart TV operating system earlier in the year, now the focus appears to be on design and delivering a better experience for work. 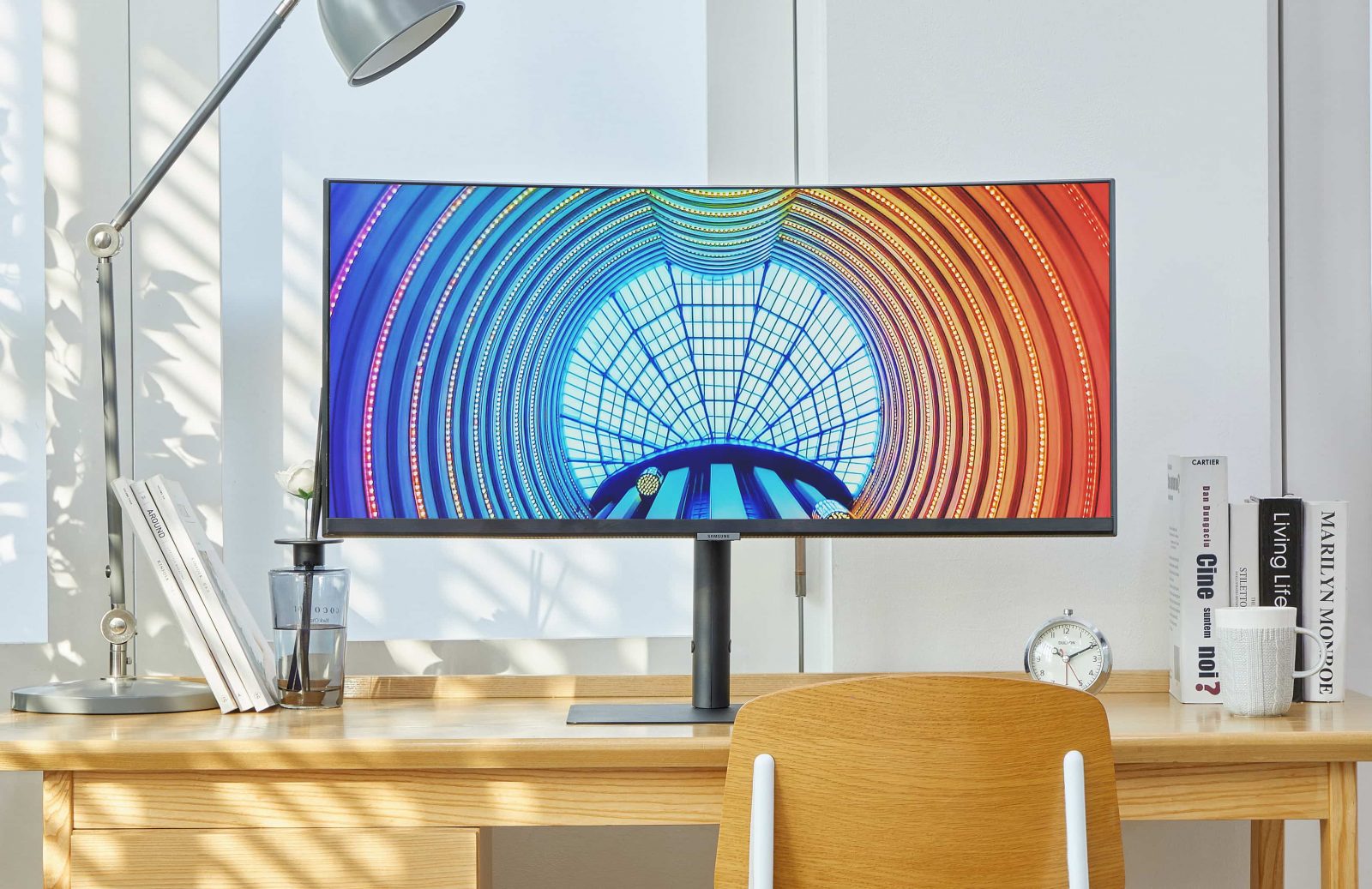 This year, Samsung will offer three models for workers of all types, with the S6, S7, and S8, three variations that all feature a technology to adjust brightness and colour temperature based on room conditions, while also including a mode to reduce blue light and flicker, helping to cut back on eye strain in the screens.

Depending on the model, some of the options may make the screens easier to use, as well.

For instance, the Samsung S6 monitors this year come in 24, 27, and 32 inch sizes, and support two sources side-by-side or with picture-in-picture, and can tilt, swivel, and even rotate. It means that while one can be left in the typical landscape mode, another option is to rotate it so that it’s a long display, ideal for reading information.

The S6’s resolution maxes out at QHD’s 2560×1440, which is marginally bigger than Full HD, but there’s a longer and higher resolution option in the S65U, a 34 inch ultra-wide display sporting the ultra-wide variation on the theme, UWQHD’s 3440×1440. 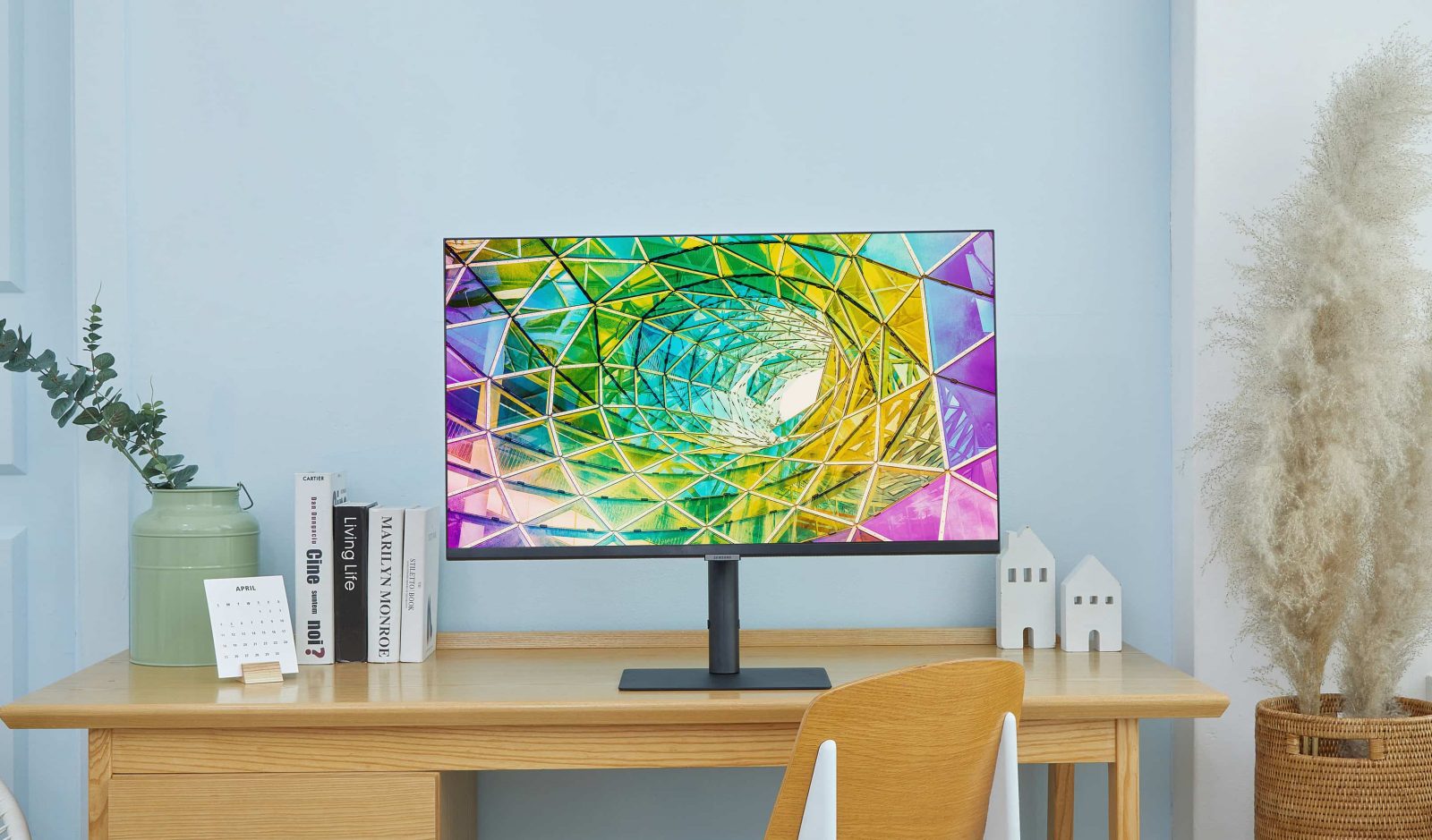 But then the next models are bigger again, with a 4K UHD resolution in the Samsung S7, available in 27 and 32 inch size screens.

At the top end, there’s the Samsung S8U screen, which retains the 4K UHD res and 27 and 32 inch screens of the S7, but bolsters the technology, supporting a Type C port with a 90W charge connection — handy if you want to charge a big and powerful laptop like the MacBook Pro 16 from the screen — plus a USB hub, too. It’s a feature that can be found in the S6 models, too, somehow missing the S7. Meanwhile, a version without the USB functionality can be found in the S8 standard.

Across the screens, there’s support for HDR much like on TVs, as well as support for over one billion colours, making these 10-bit screens. 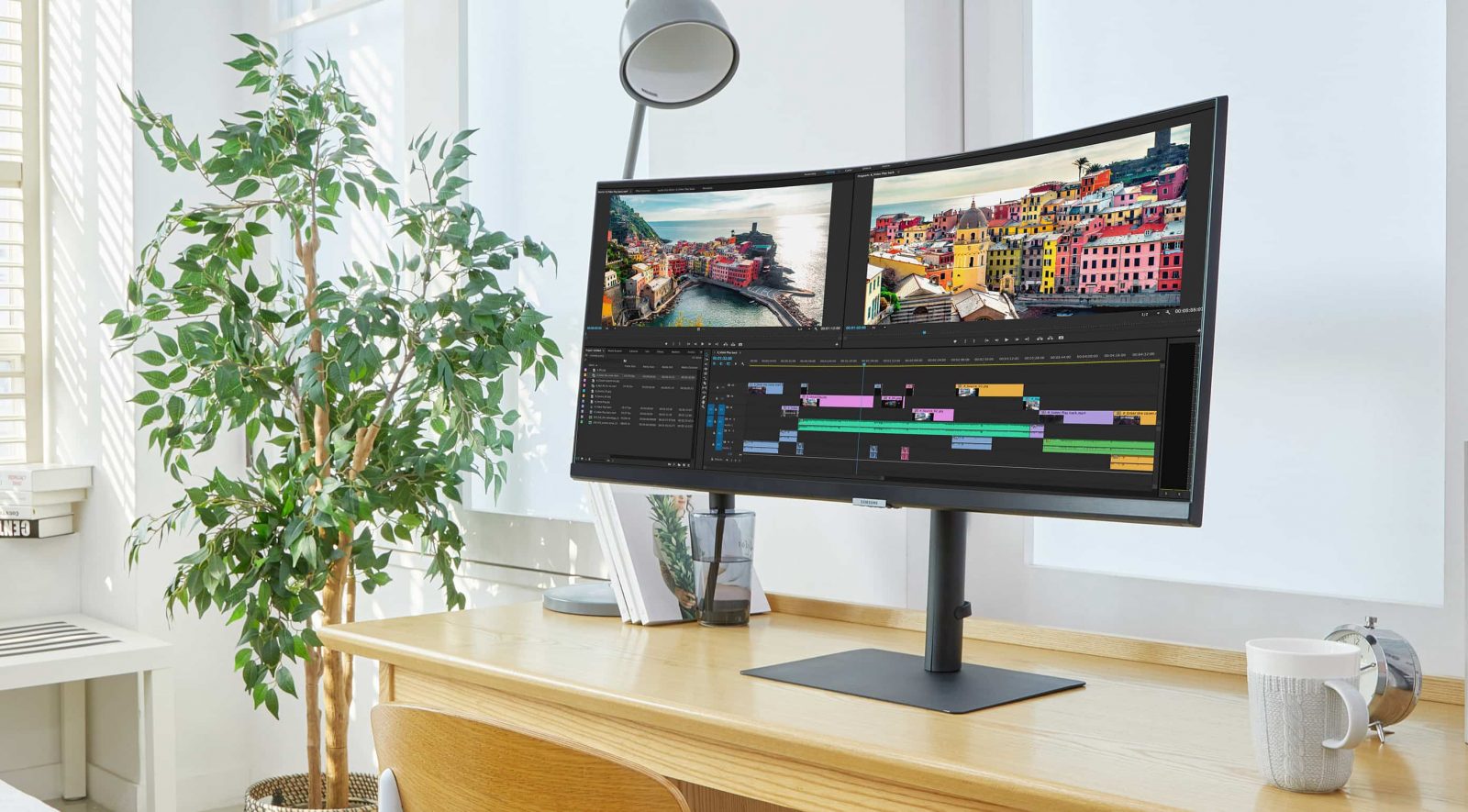