Netflix subscribers with an Android phone or tablet will get a few free games, as the entertainment service dabbles in more than just films and TV.

You probably know Netflix has movies and TV shows, but that doesn’t mean the company plans to stop there.

One of the world’s biggest streaming services also has plans to affect not just what you watch, but also what you play, as it launches games, some of which tie into Netflix productions.

Netflix is no stranger to mobile games, but the latest move will see games specifically released to subscribers. Initially, they’ll be released on Android first, available through the Google Play Store in the beginning, but later on through the Netflix app on Android phones and tablets, providing games that require a Netflix login to work, but also working for as many devices normally use the Netflix account. It means if you normally have Netflix for your family, each member should be able to play Netflix games individually without having to affect each other’s progress.

What’s more, some games will be able to work offline, though some may require an online connection, as it seems to be something dependent on the game. 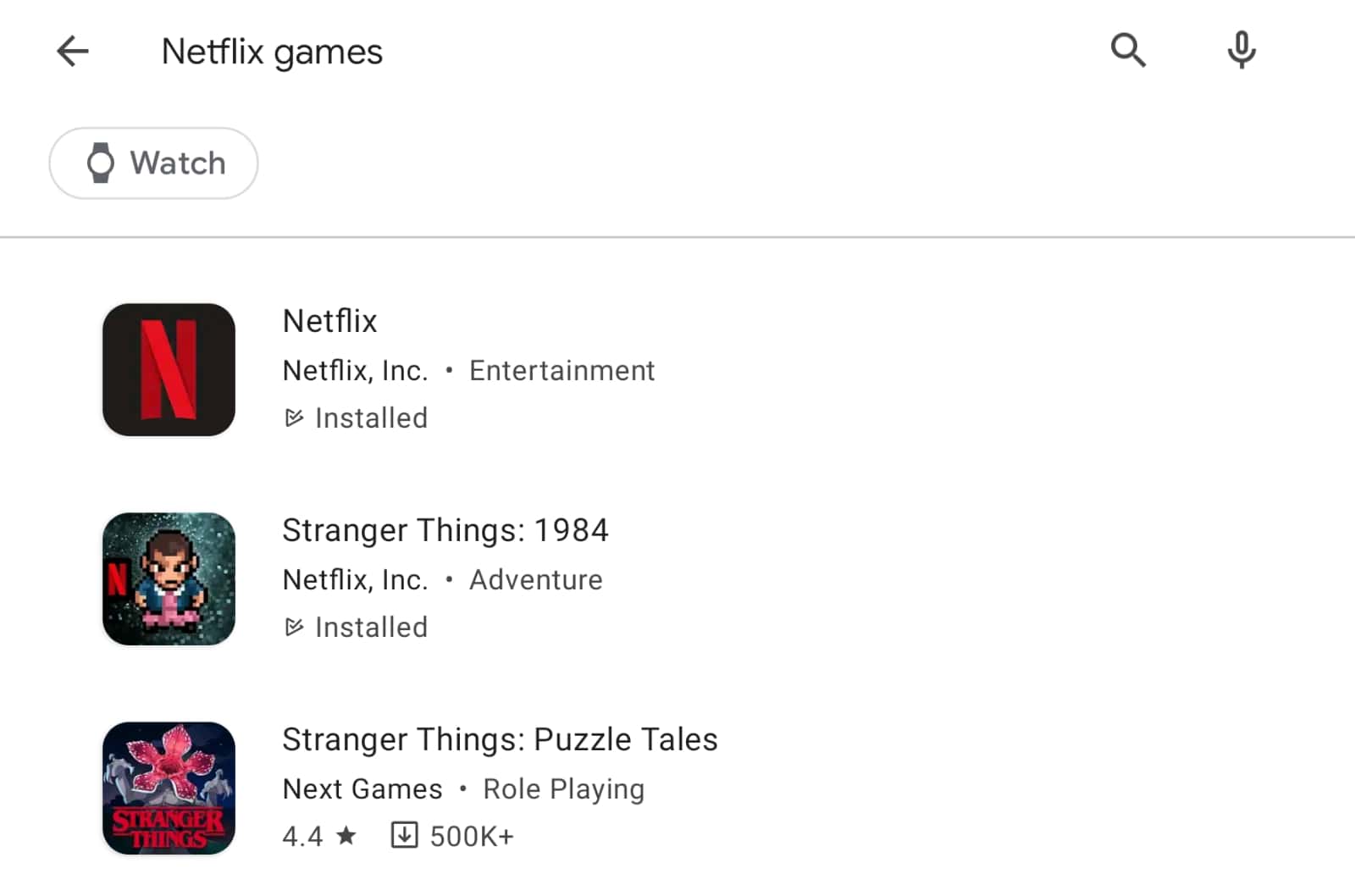 At the moment, the Netflix games section hasn’t quite rolled out, though the titles can be found on the Google Play Store under a search for “Netflix games”, revealing two Stranger Things games, plus a few others, but we’re told it’s just the beginning with more to come.

“We’re excited to continue improving our mobile gaming experience and adding to our entertainment offering in the months ahead,” wrote Mike Verdu, Vice President of Game Development at Netflix.

As to when we’ll see more Netflix games, we suspect that will be soon, with titles trickling in, and possibly more compatibility for other operating systems, such as iOS on iPhone and iPad.