A look that feels straight out of the future could be a part of your eventual decor, as Nanoleaf strips right back to lines.

As technology evolves, so too does its impact on our lives. You probably can’t live without your phone, and we get it, but the mobile isn’t the only device to impact life through its evolution. Take the lightbulb, which has been seeing changes to its existence for the better part of a decade.

If you have a smart speaker or smart display, you probably know that it can talk to smart lightbulbs, and while that typically extends to the basic task of turning them on and off (Hey Google, turn off the front porch light!), it also means the lighting type itself is evolving to become something more.

That “something more” means decorative skills can be gained all while keeping those electronic smarts, an area Philips has been playing in alongside Lifx, and a player you might have heard of called Nanoleaf.

While Philips and Lifx have focused on evolving the traditional light source that is the lightbulb, Nanoleaf has looked to extending it into more experimental form-factors, dabbling with triangular lights and hexagonal lights, which more recently involved a bit of a wood tone for folks who wanted a degree of warm lighting with the possible sophistication of a fake wood look. Kinda, sorta, as we found out in our review of the Nanoleaf Elements. 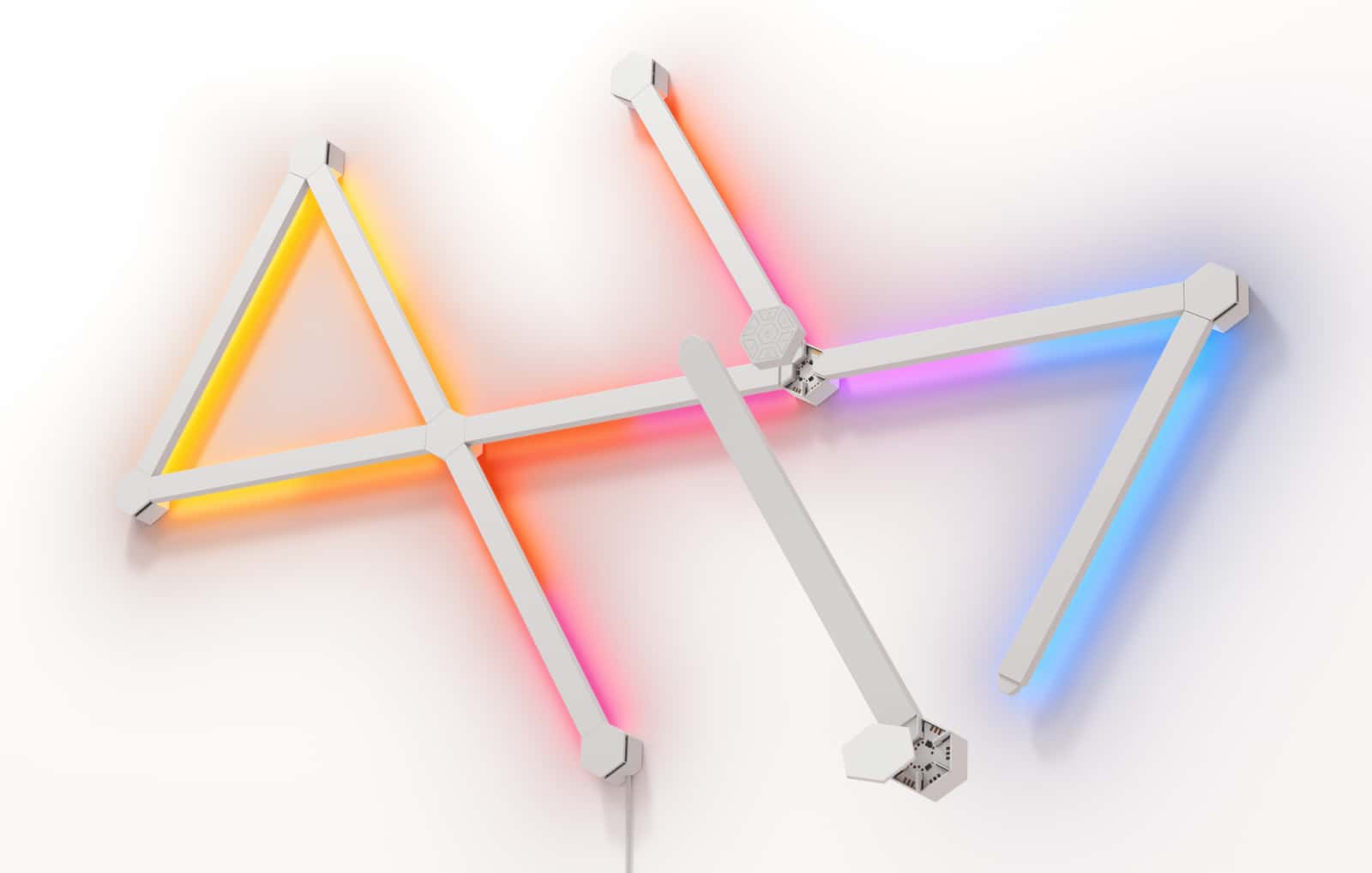 To end the year, Nanoleaf is stripping that technology back to lines, releasing something literally called “Lines”, which is basically a way of staying strips of LED lighting that can be connected to make shapes or just bar lighting, and controllable for a smart home or via an app.

It’s the slimmest take on Nanoleaf’s lighting concept yet, with a modular lighting system add of LED bars that can be connected together to create lines of light and colour or whatever shape you want. They’ll always be angular shapes, mind you, because Nanoleaf’s LED Lines are straight lines that connect, offering an angular style to customise the lighting of your home, but it will be your style, because you can connect them however you want.

The LED lines can cast bright and neon colours on the regular, or even use sound visualisation to respond to the sounds being played in a room with up to 16 million colour options, plus a way to connect to a computer’s on-screen colours, synchronising the display with what’s on. 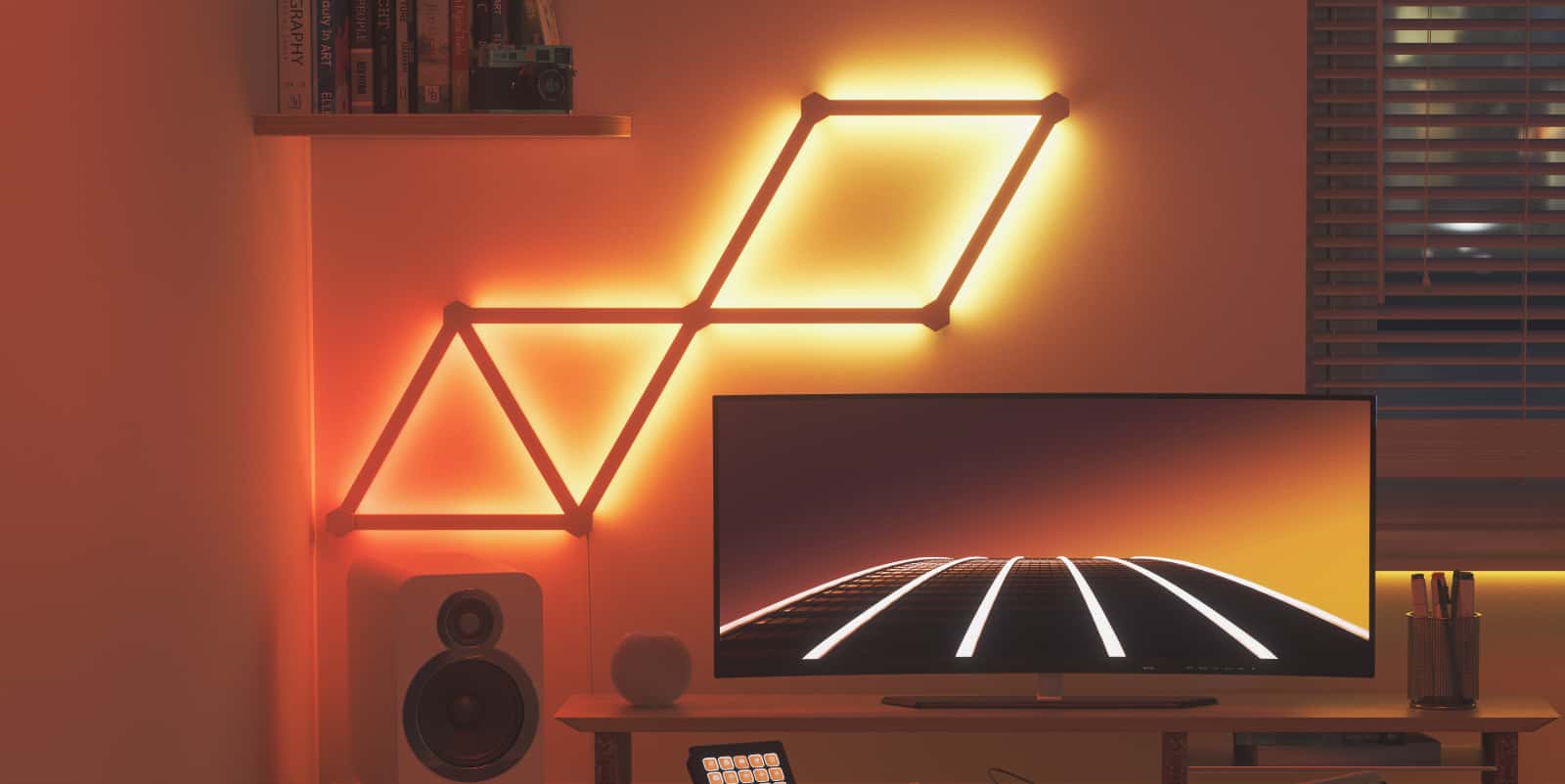 Nanoleaf’s Lines also includes support for the Thread ecosystem, a wireless device system that creates a mesh network to keep devices talking to each other without excess hubs around the place, and currently supported by the Apple HomePod Mini among others. While it will work with standard wireless networks, it means there may be a degree of future proofing to keep the connection constant as a home evolves in this newfangled smart home world.

However it is a technology that comes with a cost, with the Nanoleaf Lines starting at either $349.99 for 9 LED bars to kick off the kit or $539.99 for 15 LED bars, while expansion kits will cost $119.99 for three extra strips. That’s distinct from the few bucks a smart light can cost from rival brands, or the $135 price its obvious competitor costs in the Philips Hue Lightstrip, a strip of flexible LEDs mountable to furniture and walls.

Australians can expect the Nanoleaf Lines at Amazon and JB HiFi stores across the country now, though, with extra skins to change the style of the LED strips available in black and pink in December. 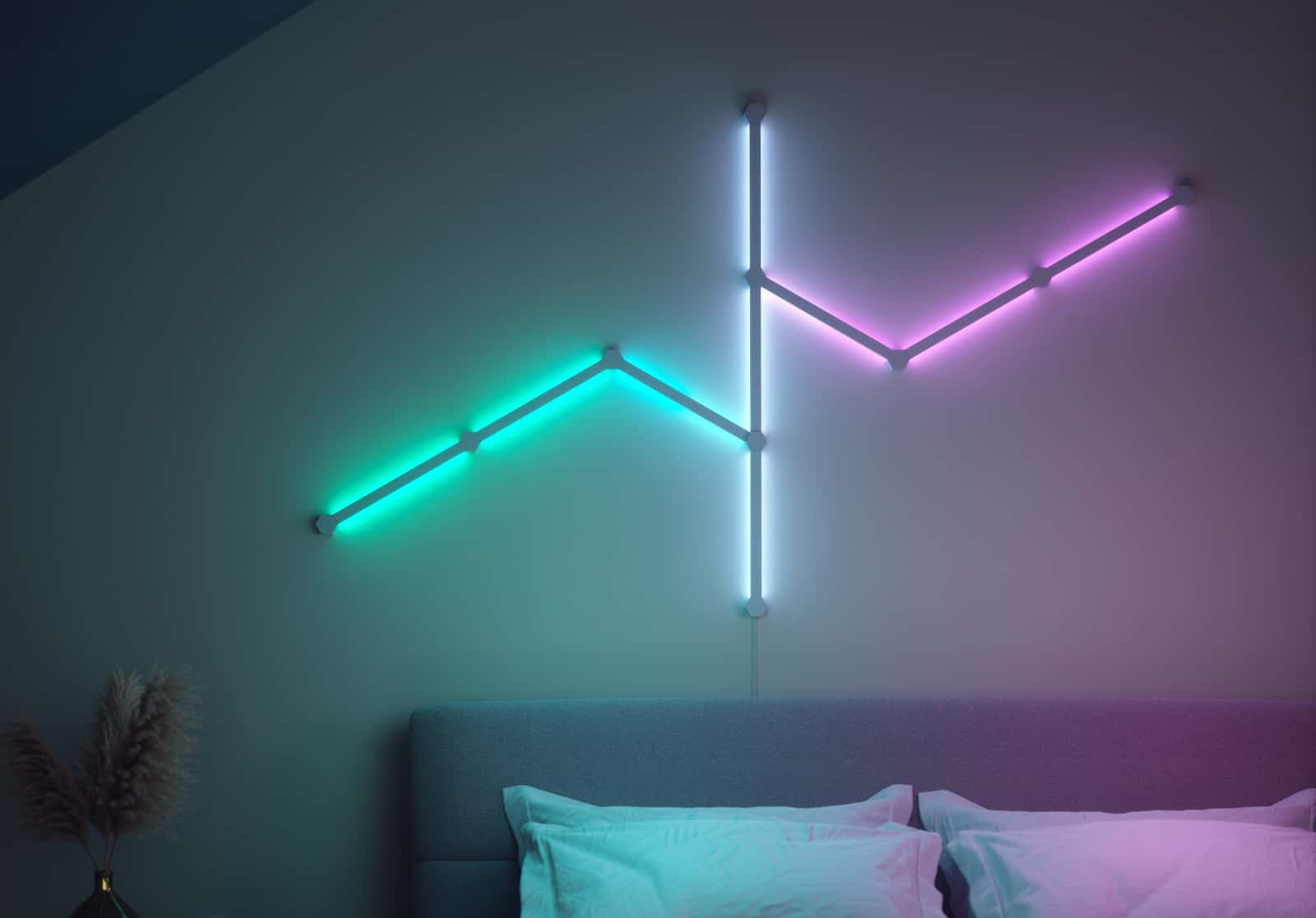