Not every smart light is about function. Some are built for form, and Nanoleaf’s latest take provides a decorative approach that lights up with an organic feel.

Smart lighting can be all about giving the lights in your home a connection to your phone and an online scheduler, but they can be about more than that. In fact, if you have the wall space, you might find a way to make smart lighting into a bit of a piece on your wall.

That’s something smart lighting providers have tried for the past few years, often with little blocks or strips of smart lights that can respond to sound or provide colouring in various ways, though it’s something that isn’t for everyone.

While a mere smart bulb can be easily thrown into a lamp or a light fitting, a smart lighting tile requires some thought, and the idea that you want some colours in your home. They’re functional, but they may not be as useful as your standard bulb.

But Nanoleaf’s latest might just cross a bridge for those of us who’ve never found a way to connect colourful lighting blocks with where we live. 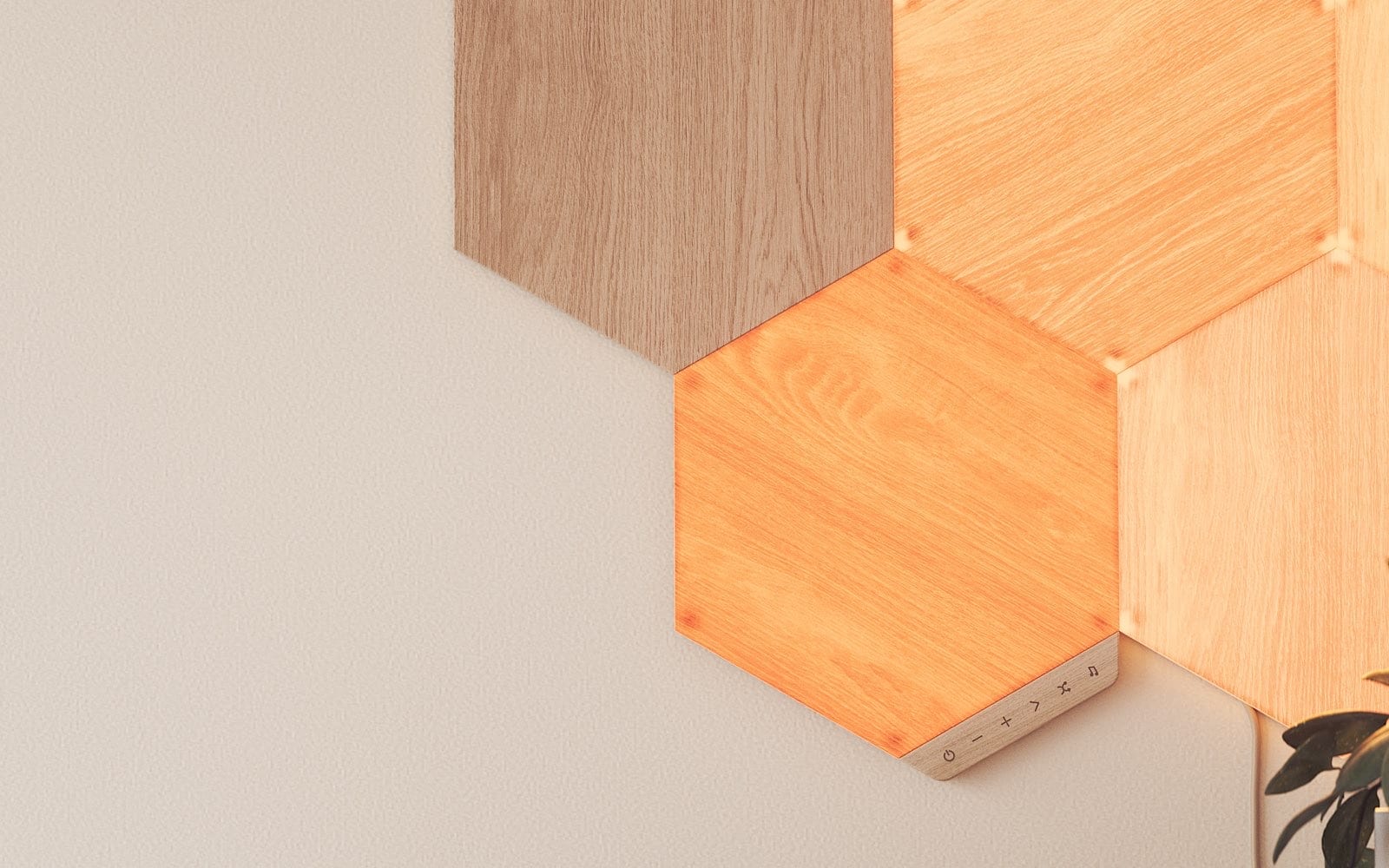 Its latest take on the smart lighting category is the Nanoleaf elements, light panels shaped to look like a hexagon that include a wood finish and light up behind it. The idea stems from Nanoleaf providing a more organic approach to light, almost in a decorative way with wooden panels on the wall. But its Elements range of lights are merely wood-inspired light panels appearing like wood when off, but able to show off light behind them, recreating motions such as the wavering light of a fireplace or the soft blur of a waterfall.

“With Nanoleaf Elements, we want to bring the best parts of the natural elements indoors, creating those comforting experiences we all crave as human beings, all without sacrificing cutting-edge technology,” said Gimmy Chu, CEO and Co-founder of Nanoleaf.

“Most smart products have been made to only focus on functionality and not how it fits into a home,” he said. “We’re here to change that.We believe that a smart home can be innovative, forward-thinking and also welcome you warmly into a space.” 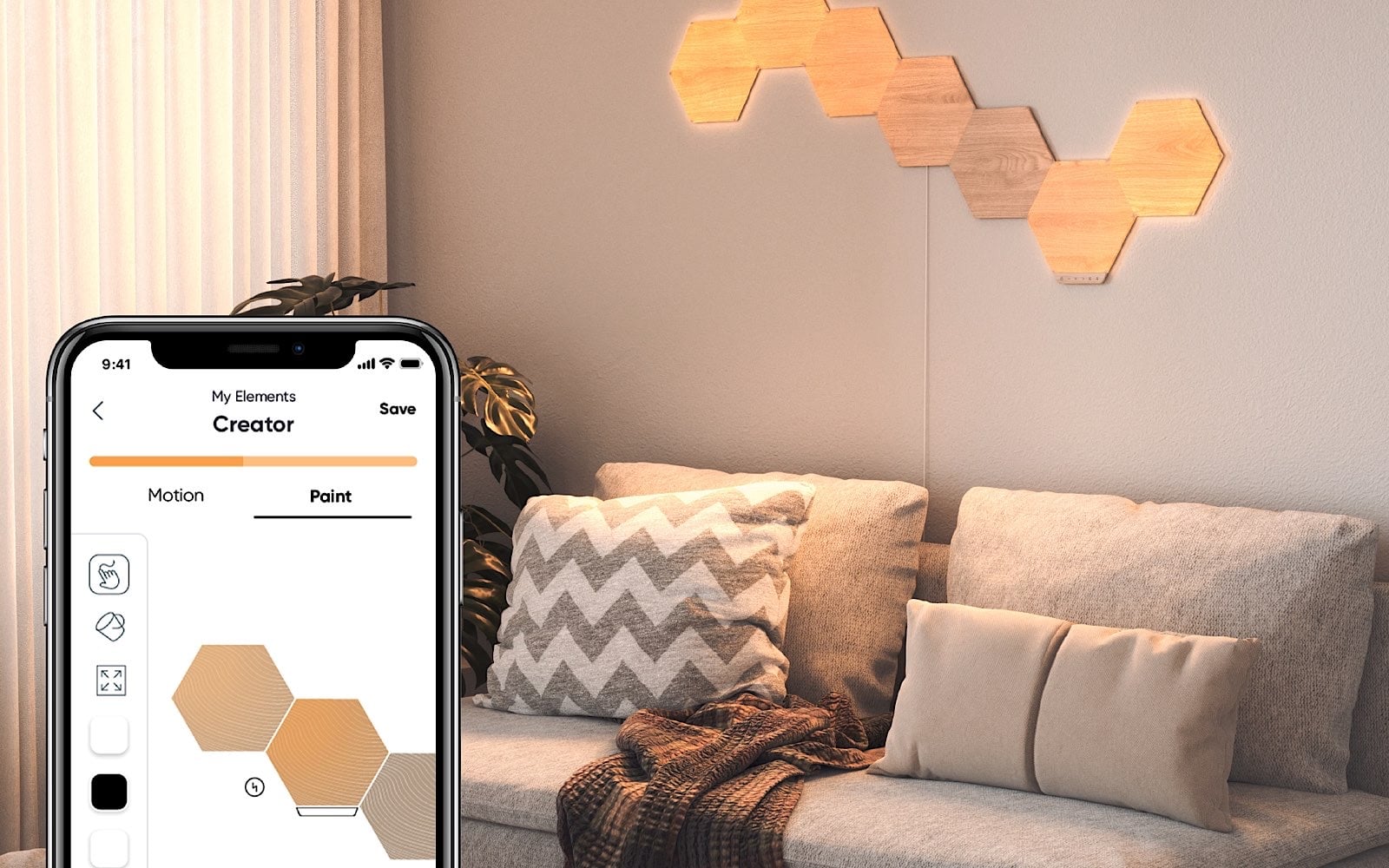 Like the other Nanoleaf smart light blocks, Elements can work by synchronising the lights to the sound, and will work with Apple’s HomeKit, as well as the other smart home environments, including Amazon Alexa, Google Assistant, Samsung SmartThings, and IFTTT.

But ultimately, the person setting up the Elements shapes on a wall has the say over how the technology will look, allowing the panels to provide a sort of walled art with a texture not normally seen by smart lighting.

Pricing for the Nanoleaf Elements range starts at $429.99 for a seven panel kit, with expansion packs for three more panels retailing for for $149.99 in Australia. 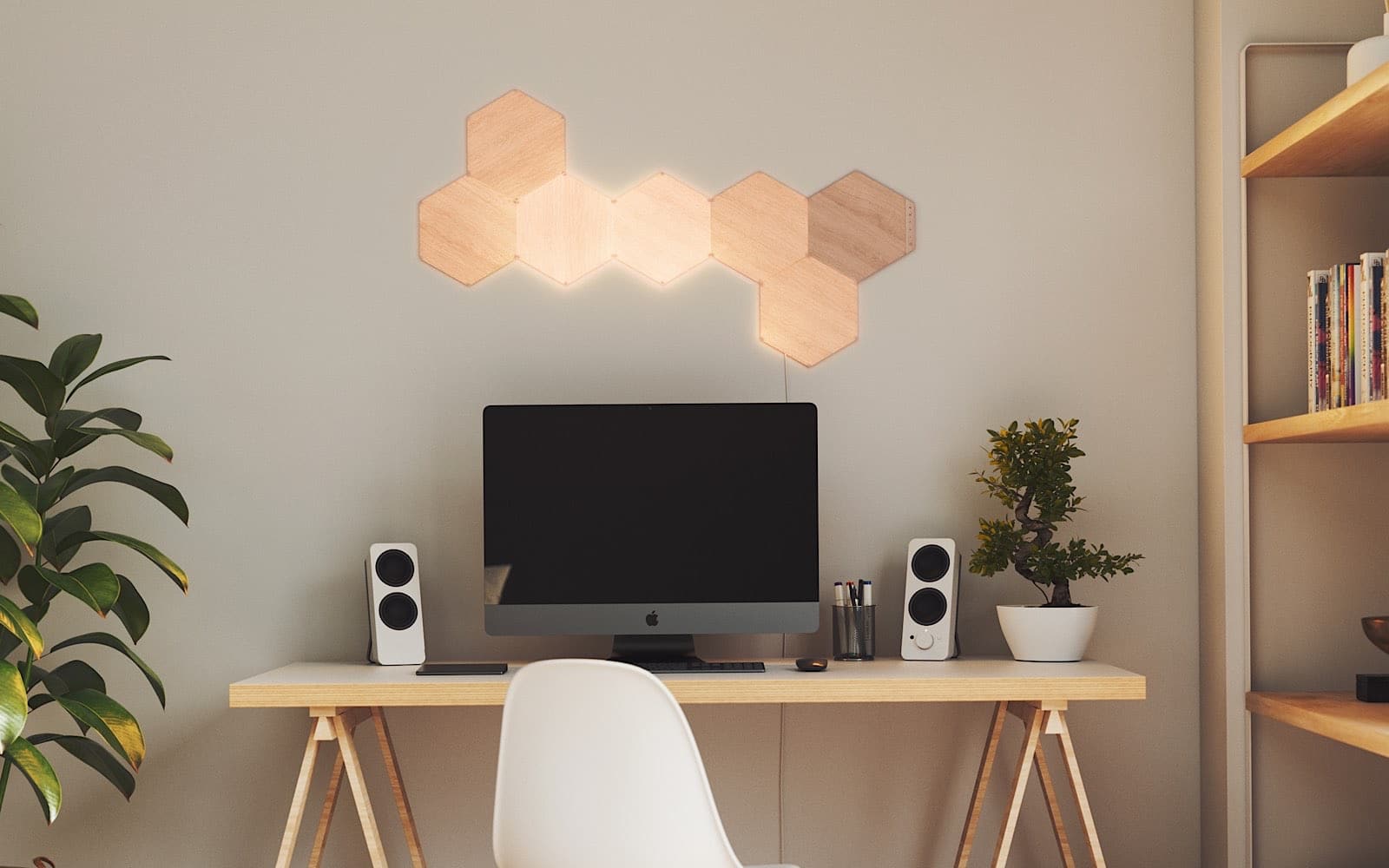