Movie Frenzy gets video prices down to keep folks watching

Streaming is how many of us get our videos these days, but if the title you’re after is too new and not on streaming yet, and you’ve been waiting for the price to fall, your time might be now.

Coronavirus changed a lot of things, but it made a serious dent on how many of us go to the movies. Thanks to bigger and better TVs, plus the ease of which movies come out, and then that whole thing of not having to spend time in a big darkened room with folks you don’t know, well, let’s just say watching films at home is a little more convenient.

It’s not just the big screen and comfort of your own home that’s so appealing, but just how much of what’s available to you. Between Netflix, Stan, Disney+, Amazon Prime Video, Binge, Apple TV+, and even the local catch-up services with their own assortment of programming, you clearly have choices if you want to sit back and chill with something. Some of these are even getting movies ahead of the cinema, such as how Disney and Amazon both bring major movies to their services.

But if you can’t find a title you’re looking for, it might be time to check out the movie services available on your platform. If you’re on an Apple TV, that’s the iTunes Store, while Google TV owners have the Google Play Store. There are others available, including a video store on Amazon Prime, Telstra’s TV Box Office, Microsoft, Foxtel, and others, with a seemingly countless amount of places to rent or buy flicks not found on the regular streaming services.

And to get people in the mood for watching some of these, the Australian Home Entertainment Distributors Association is doing one of its several-times-a-year “Movie Frenzy” things again, kicking off for the week.

It means that from March 5 to March 11, quite a few titles are going to get knocked down in price, most of which are considered new releases. Some of these — such as Knives Out and Sonic the Hedgehog — can be found on a streaming service (both of those are on Amazon Prime Video), but not every title can be found on one, and you might not pay for the service, either.

That might mean a movie night could become a thing for a slightly lower price, with the Movie Frenzy 2021 rentals fetching $2.99 each for the week, while titles to own can cost a little more. 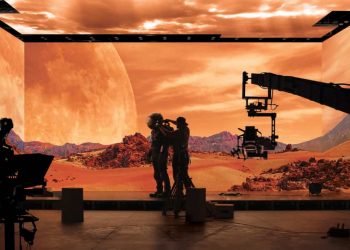