The half-step measure between the colour of OLED and the cost of LED-backlit TVs is here, as LG’s take on Mini-LED rocks up in QNED.

It’s been almost ten months since LG joined Mini-LED at CES 2021, a virtual show that saw lots of brands — almost every one, actually — join that world to show how LCD TVs could get better.

The technology is a next step in how LED backlighting works, and one that has the potential to make standard LCD TVs look a little more like the OLED panels that capture attention with bright, crisp colours, albeit with expensive, top-tier premium pricing.

While an LED backlight TV uses an array of lights behind an LCD panel to control lighting in portions of the screen, Mini-LED shrinks that technology down to become even smaller, dotting the back of an LCD panel with thousands of little lights to control the lighting further, and improve the colour and lighting control so that it is more precise.

Mini-LED is a technology making its way to more screens, and isn’t alone, being married to other concepts, as well. Big brands already using the colour-honing crystal technology that is “quantum dot” are joining the dots, so to speak, and you can find that in many of the Mini LED options coming to market, as well. For Samsung, it’s in the QLED screens, while for LG, it’s the company’s take in NanoCell.

A little over nine months later from the unveiling, LG is finally ready with its combined efforts, as its “QNED” TVs — that is, quantum dot with Mini-LED — become real, and on their way to Australian shores. 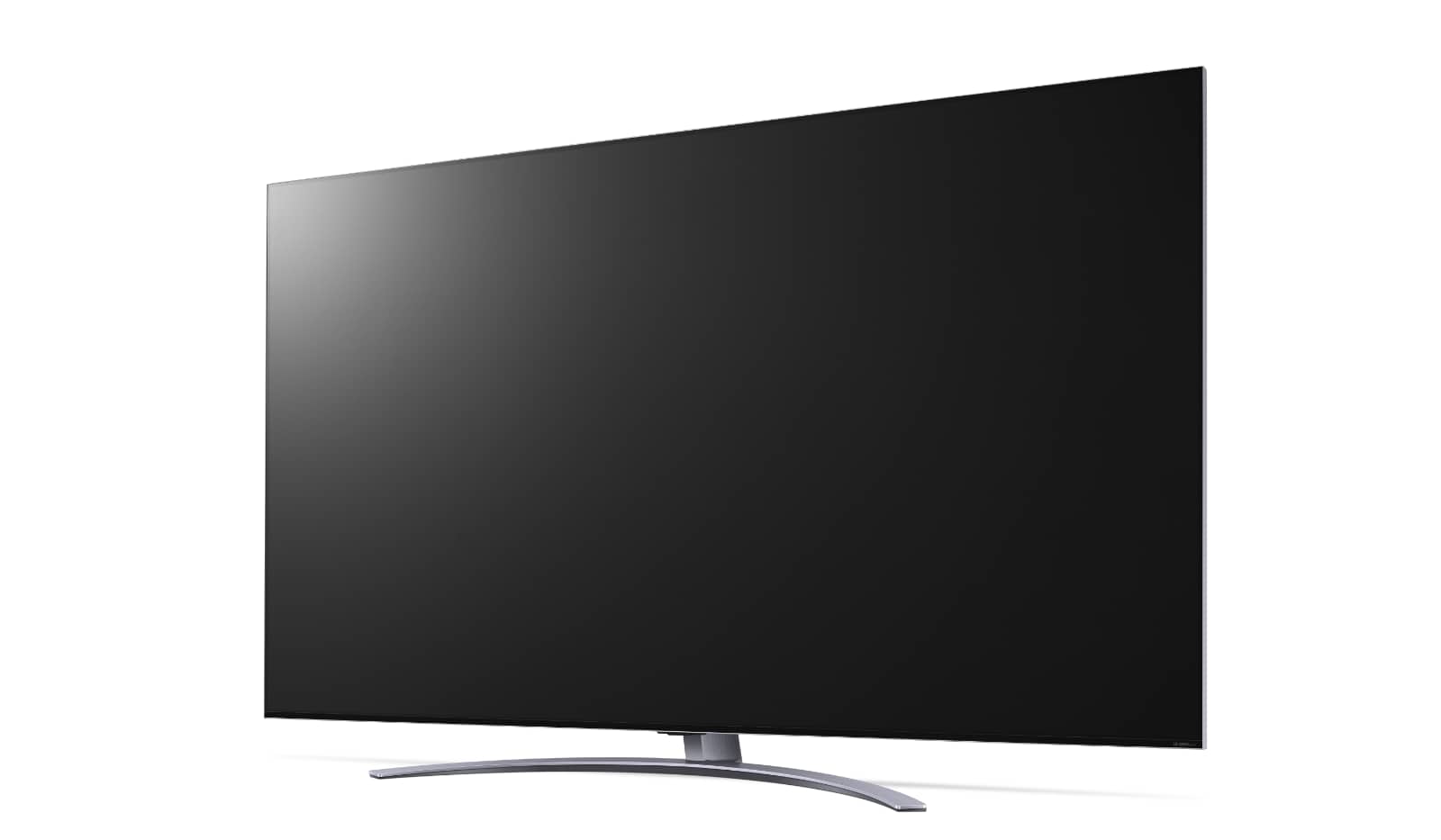 In the 4K QNED91 (above), it’s the Alpha 7, because the range is only a 4K TV, and that’s all that’s needed, while in the 8K QNED96 and QNED99, the Alpha 9 Gen 4 is along for the ride, including technology able to upscale to 8K, because finding 8K content is still a little difficult in Australia.

All of LG’s 2021 QNED TVs will use webOS 6, which isn’t being rolled out to older LG TVs from before 2021, but will be available here, alongside a new remote, support for both Amazon Alexa, and Google Assistant, and support for both Dolby Vision HDR and Dolby Atmos virtualised surround through the TV’s speakers.

However most of the attention goes to the technology, and regardless of whether you’re looking at a 4K or 8K QNED screen, there are between 960 and 2400 dimming zones, there to provide more precise colour and lighting controls than a standard LED-backlit LCD TV, and deliver improved contrast, as well.

The improvements in quality are one thing, but Mini-LED with quantum dot is also an area that could see customers choosing with their wallets, with the pricing notably different from the best-in-class tech, OLED.

While organic light emitting diodes are the current “holy grail” tech as far as LG TVs are concerned (and for others, as well), the price difference is once that LG Australia seems focused on. For instance, while an 83 inch 4K C1 OLED costs $8495 in Australia this year, an 86 inch 4K QNED is set closer to is closer to $6995, with that near $2K cost likely to help make a decision for some people.

They’ll all come in at different price points, of course, but with the top-tier 86 inch 8K QNED priced at $8995 street and $10,799 RRP, and the 8K OLED 88 inch Z1 OLED seemingly much hard and more expensive at around the $70K mark, there’s clearly a difference in price, even amidst the difference in technology.

“LG QNED MiniLED TVs will enrich the everyday lives of our customers, whether they enjoy movies, sports or gaming,” said Tony Brown, Marketing Manager for Home Entertainment at LG in Australia.

“Combining the best of both Quantum Dot and NanoCell colour technologies with the advantages of MiniLED backlights, our QNED MiniLED TVs are a new addition to our innovative home entertainment range and offer Australians a new and improved LED/LCD TV range in big screen sizes,” he said.