A happy face, a pretzel, an eggplant, and a thumbs up. What do they all have in common? They’re all widely used ways to say things with one picture.

They say a picture is worth a thousand words, but for many of us, one or two very small pictures may be telling a story more easily than a sampling of those words.

You’ll know what we mean if you’ve ever turned to the emoji category of your phone to send a message, relying on these fun little pictures to send a short form message made from a few simple pictures.

Almost like a page out of the history books, by turning to little graphics to represent what we want to say, we’re creating conversations with our very own glyphs. They’re not hieroglyphs, mind you, but they are our own language that everyone can understand, though some are more easily misinterpreted than others.

In fact, while English, Mandarin, and Spanish may well be amongst the most common languages in the world, they may not hold a candle to how easily everyone can tap into emoji, which allows everyone to share their thoughts simply by finding an image which best describes what they’re trying to say.

A happy face and a sad face may be the emoji many of us have come to know, but there’s a whole lot more than that, and on July 17’s World Emoji Day, you may find out there’s a little more to emoji than simply throwing two forms of punctuation together like in emoji’s sibling of emoticons.

“Emojis can help approximate tone of voice, gestures and emotional reactions better than words alone. This is the potential strength of emoji: to help us connect more deeply to the feeling behind our messages,” he said.

Hunt is one of Australia’s own emoji makers, working for Adobe locally to design fonts for the company. You may not realise it, but emoji are a type of font that we rely on in a graphical form, joining icons which can also be a font depending on how you use them.

However unlike icons, and even the old dingbats that used to provide graphics to computers in a font style, emoji are relied upon by people to communicate from phone to phone, from message to message, and can be found nearly everywhere: in email, in SMS, and even online in your web browser. 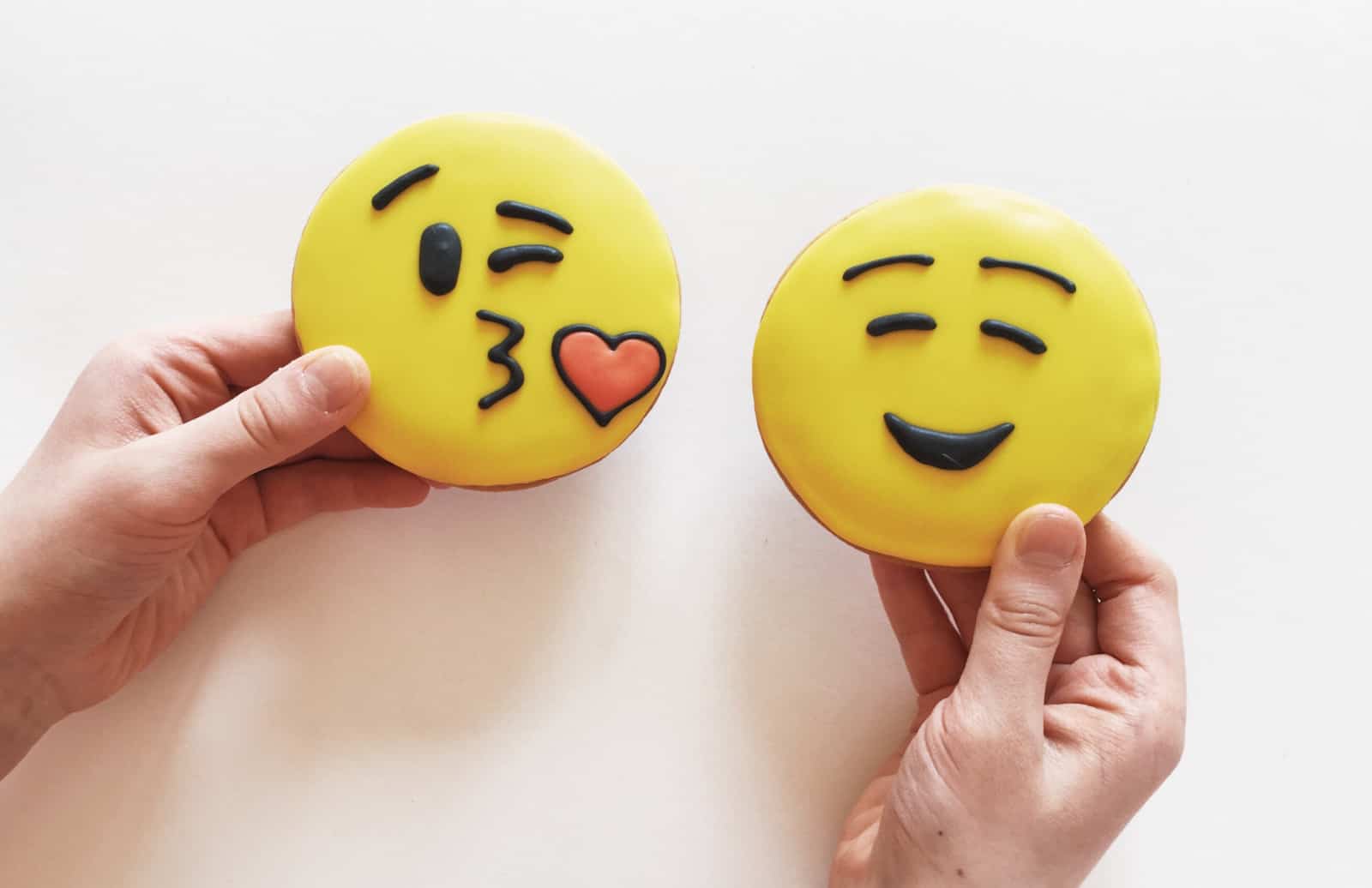 Before it gets used, an emoji has to be made, and that’s a two-part process. You can’t just say “I want an emoji about this” and have it be made, because there’s a standards body that decides on what emoji will be made, and for test communicated online in general.

The Unicode Consortium (known to most as simply “Unicode”) exists to build and maintain libraries that can be standardised and multilingual. In short, this group comes together to decide on a standard language of which everything online can be communicated with.

An idea for a new emoji to become a part of this code comes from Unicode, Hunt told Pickr, with that forming the next version that’s created for the platforms we all rely on.

“In fact, the Unicode body is made up of members who represent the major platforms — Microsoft, Apple, Google, Facebook, Adobe — and so designers from these companies are regularly working with each other to help guide the development of the emoji system,” he said.

From there, it’s then to the design, and that can vary wildly.

“The length of time spent on designing an emoji really depends on how intricate or detailed the concept in question is,” he told Pickr.

“It takes significantly much less time to draw a valentine heart ❤️ than it does to draw the newly available anatomical one ?. When you get into drawing emoji of people playing sports or the various transportation vehicles the level of detail can quickly increase the amount of time required to make a suitable depiction.”

Once an emoji has been designed and implemented, something you can see all too easily using your phone or even the Touch Bar on a MacBook Pro, how you interpret it can come down to the user. The fun thing about emoji is that they’re often very easy to understand, and double meanings are less common.

Granted, some are harder to understand than others, but because they’re used in more places than just friends and family, they can gain an interpretation that we all connect with, even gradually.

In fact, according to a recent survey, 68 percent of Australians like it when emojis are used to communicate at work, while 65 percent believe the use of emojis can improve digital communications at work.

Outside of the workplace, that survey showed that over half of Australians have shared messages using an emoji in the past year, with around 91 percent noting that the graphics make it easier to express themselves.

However they can be misinterpreted easily.

While the most commonly used emojis include a thumbs up, laughing, sadness, and a heart (in this order: ????❤️) — and more than half of Aussie emoji users feel confident they understand the meaning of the latest emoji and use them correctly — it’s common enough to say that over a quarter have admitted to sending one that was taken out of context and regretted sending later.

Locally in Australia, the three most misunderstood emojis are an eggplant, a peach, and a creepy clown face (???).

That might be why more emojis are on the way to help us convey exactly what we need to say, and why customisation options are part of the design. Changing from the traditional yellow of an emoji to other skin colours is part of the process, but Hunt is the designer behind Unicode’s gender-inclusive emoji, and notes that it’s important to have emoji that take into account inclusivity as it helps them communicate their message as a story.

“Emojis are an important tool to help us share our personal narratives,” he said.

“One of the greatest things about storytelling is that everyone has a tale to tell, and so it is important our emoji usage can best communicate our own journey. That is why I successfully advocated for a gender-inclusive emoji; to not only help people tell their story, but also spark important conversations about gender in the process.”

However despite the ease of use which emoji can bring, many people are still content with the old style, the emoticon. It might be a difference in age, but the communication delivered with a colon and a closed parentheses can say just as much as the whimsical coloured picture of someone doing the same.

This writer uses that classic interpretation of a :) to replace the “D” in the middle of his name, and has for over a decade, and will still sign emails using the classic emoticon as opposed to the emoji. And depending on how old you are, an emoticon may be your go-to way to send your thoughts to friends.

“I think that emoji are just so easy to use that they have largely overtaken emoticons in terms of popularity, but some people still prefer the simpler, more abstract style of text-style emoticons,” said Hunt. “Also, not everyone has the latest smartphones, so I still send a :^D when I’m texting with my Dad.”