If you’ve been waiting all year for Apple to talk about what it had coming in the world of phones, you can finally come up for air: Apple has announced a slew of devices, and some of them are genuinely exciting.

Largely as expected, the iPhone 13 range runs across four models, much like how the iPhone 12 offered four last year. This year, there’s the 6.1 inch iPhone 13 with upgraded cameras and a new chip, and the smaller 5.4 inch iPhone 13 Mini with much the same in a smaller body.

And then there are the “pro” models, sporting more of, well, everything. In the iPhone 13 Pro range, the iPhone is better in just about every way. What’s changed, and what’s different between the 13 and 13 Pro? 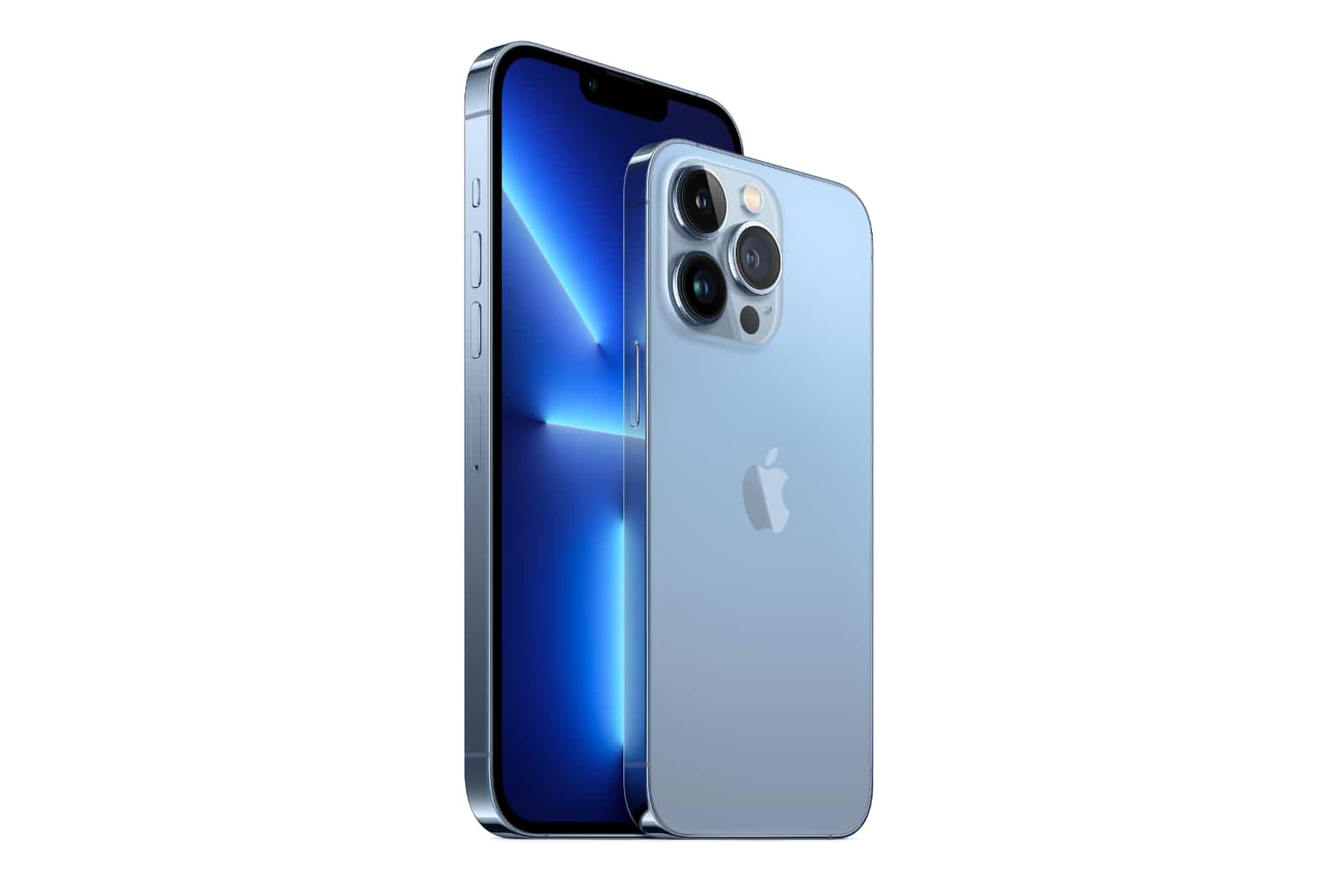 First up, let’s tackle the specs, because there is clearly new hardware to talk about. A new generation of iPhone always brings a new chip, and that is very much the case with the iPhone 13.

In the iPhone 13 Pro and Pro Max, you can expect Apple’s A15 Bionic, a 5 nanometre chip Apple claims is the fastest chip for any smartphone, and sporting a six- core CPU, five-core graphics chip, and a 16-core machine-learning Neural Engine.

Of particular note may be the graphics, which offers a bit of a difference between the standard iPhone 13 and 13 Mini, and the iPhone 13 Pro and Pro Max. While the 13 and 13 Mini get a four-core graphics chip, the Pro models get an extra core bringing it to five. It’s a bit of a boost, and should deliver more performance for those who need it.

More performance is one thing, but it won’t just be limited to the processing power on the new phone. There are also new cameras, and my they are interesting 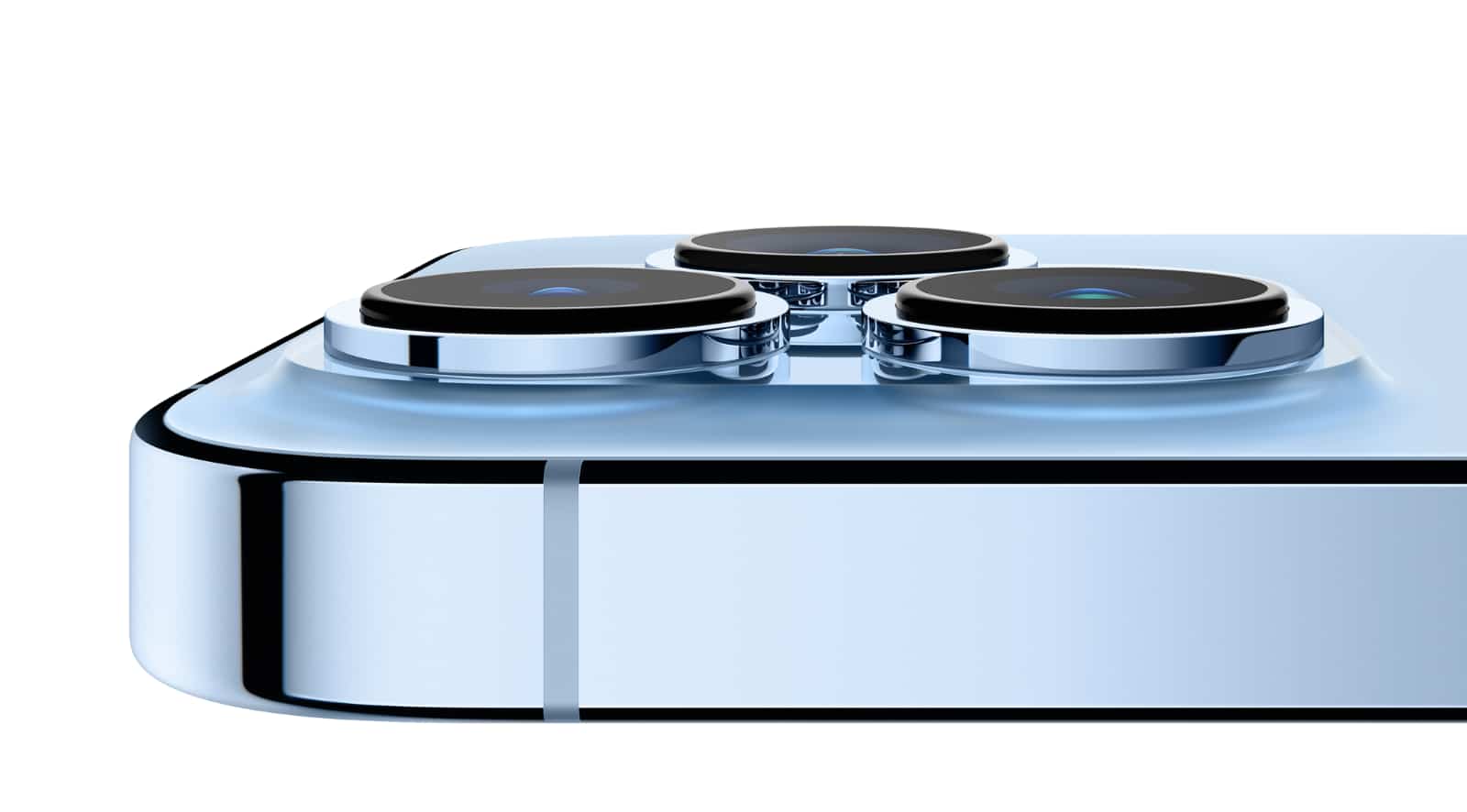 The more premium of Apple’s iPhone 13 range sport the same cameras between the models, whether you choose the 13 Pro or 13 Pro Max. That’s a point worth talking about, because last year’s 12 Pro and 12 Pro Max had slight differences in zoom capability and optical image stabilisation, with the latter in the 12 Pro Max, not the 12 Pro.

This year, the 13 Pro and Pro Max are much the same, and that’s good news for buyers of either.

Across the Pro models, you’ll find three cameras: a 12 megapixel wide F1.5, 12 megapixel ultra-wide F1.8, and a 12 megapixel F2.8 3x telephoto giving you a little more flexibility in reach. Three cameras isn’t anything entirely new for this range, but all of these have been upgraded and now support more light, boasting improved night mode supporting the sensor-shift optical image stabilisation on the wide camera in both models, previously only in the Pro Max. That last one is a feature the iPhone 13 standard models will see, too, but something only the Pro models get is support for macro photography.

In the iPhone 13 Pro and Pro Max, Apple’s ultra-wide camera supports macro shots as close as 2 centimetres, meaning you can get close in photos and videos and capture more of the details that are typically too close to see.

This joins some night mode capabilities that extend to the telephoto mode, working not just on the wide and standard cameras from last year, but letting you get closer in night mode, as well, and there’s more.

The iPhone 13 Pro range will support Photographic Styles that can be tweaked in software, applied intelligently over subject matter to match a look you consistently want, and will also handle a “Cinematic” mode that allows you to change the focus point in video, effectively borrowing from what focus pulling is in video. Think of it as Portrait Mode for video, but with several people, and Portrait Mode is still around, too.

Cinematic mode is interesting because it allows the iPhone to make even more of a dent on video cameras, increasing filmmaker reliance on a device they have with them at all times. However Apple is going one step further with the Pro, offering support for ProRes video, a RAW format for video that lets you capture more light and detail to work with in video files, essentially delivering more colour without as much compression.

Normally a feature reserved for very high-end cameras, ProRes on the iPhone 13 Pro and Pro Max means anyone can capture using the high-end format and then edit it in Logic Pro on the Mac, or even on their iPhone. As part of iOS 15, the iPhone can edit ProRes natively on the device.

These features may well help cement the iPhone even further as a camera replacement you can carrying around where ever.

Next up is the screen, as another of those changes specific to the iPhone 13 Pro and Pro Max happens there with Apple finally (finally) moving to a faster display.

This is one of those things you may not notice until you do, and then you won’t be able to stop staring at it.

Fast screens have been on Android phones for a few years, with displays sporting 90Hz and 120Hz refresh rates. A faster refresh rate means the screen refreshes the screen more quickly, which in turn makes animations look smoother.

It means as you scroll the screen or watch game animations play out, the animations will look clearer and more seamless, and while it mightn’t be the sort of thing you necessarily pay attention to at first, once you start, you mightn’t be able to stop.

In the iPhone 13 Pro and 13 Pro Max, Apple has adopted an adaptive 120Hz screen, something that can adapt the performance from 10Hz to 120Hz, making it smooth when it needs it, but also battery efficient when it doesn’t.

Outside of this, the 6.1 inch and 6.7 inch screens of the iPhone 13 Pro and iPhone 13 Pro Max are still OLED panels, but they’ve reportedly been improved to be brighter and yet also more power efficient this year, as well.

The battery sees an update, too

There’s also an improvement to the battery life, with the improvements to the chip and OLED contributing to better battery overall.

While the 12 Pro Max handled quite well, Apple says the iPhone 13 Pro Max will last up to 2.5 hours more than the 12 Pro Max, while the 13 Pro will last one up to 1.5 hours more than the 12 Pro. That’s a minor push, but a welcome one all the same, all while coming in the same style of body, with a flat-edged stainless steel frame, Ceramic Shield glass front and back, wireless charging with MagSafe, IP68 water resistance, and support for all the other things you’ve come to expect.

It means the 13 Pro and Pro Max still have WiFi, Bluetooth, 5G, and so on and so on, effectively updating what we loved about last year’s 12 Pro range, but bringing it up again. 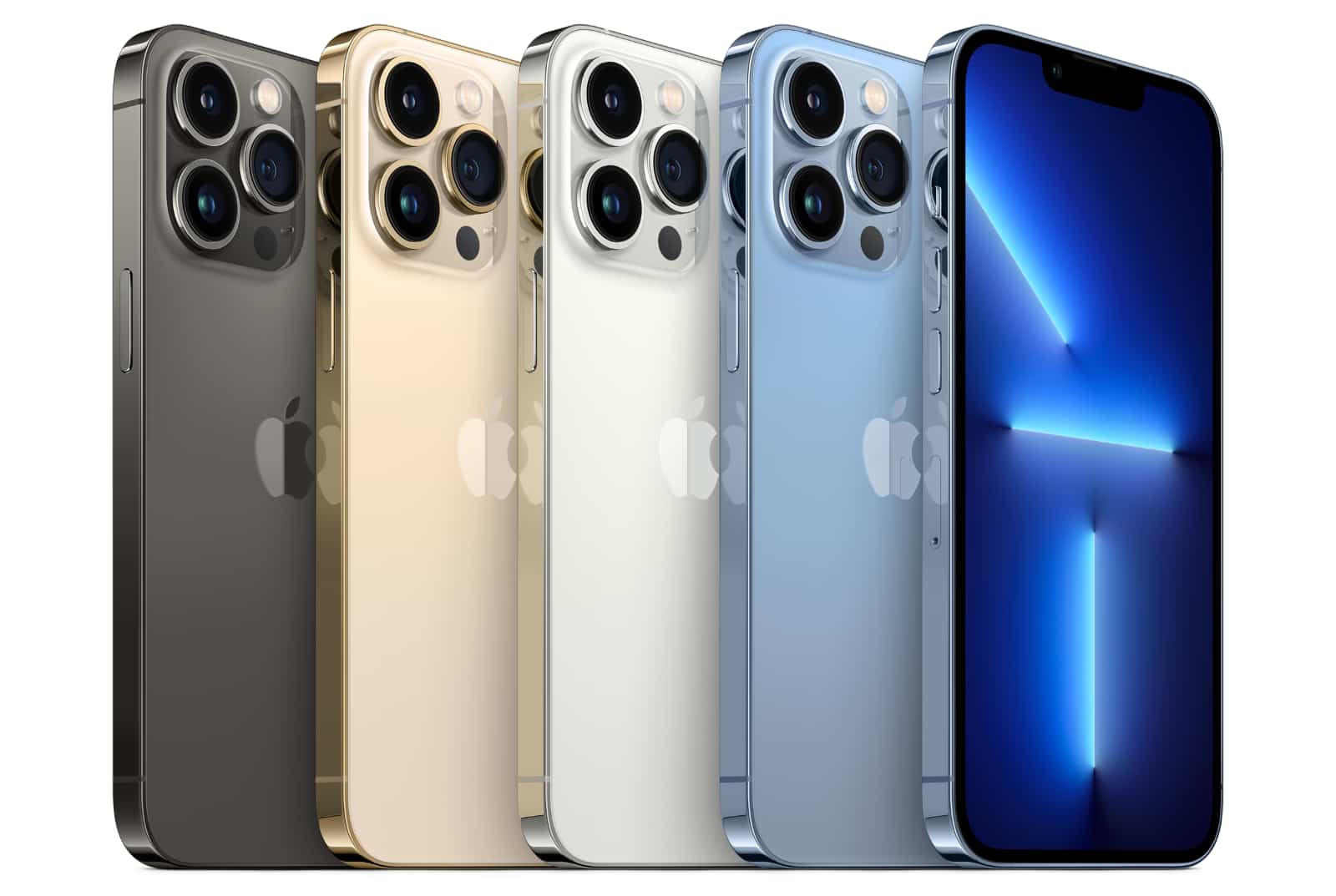 The good news for folks keen to jump on is they won’t have to wait long.

There will be four colours, in graphite, gold, silver, and a new Sierra blue, and pre-orders kick in on September 17, with the phones officially going on sale on September 24 across the country.