If you’re one of those people who likes to walk around while blocking the outside world, an addition to Bose’s noise cancelling earphones could suit.

It’s always nice when devices get new features simply by existing, almost as if you’ve been gifted a present of something new simply by being a customer.

That sort of thing typically happens when you get an operating system upgrade, as device makers bring in a few new features over an OS update, such as with iOS 15 recently, and the same may be true with devices, such as when Sony earphones suddenly received wind-reduction in 2019, using the on-board microphones of noise cancelling earphones to cut back on listening to a gale blowing outside.

Bose has been working on an update for its noise cancelling earphones, as well, adding a feature or two for its “Quiet Comfort” QC Earbuds, though this one won’t so much close the mics when wind is picked up, but rather give you the ability to cut big sounds out of your life, replacing them with your tunes and podcasts, before bringing transparency back when they cease. 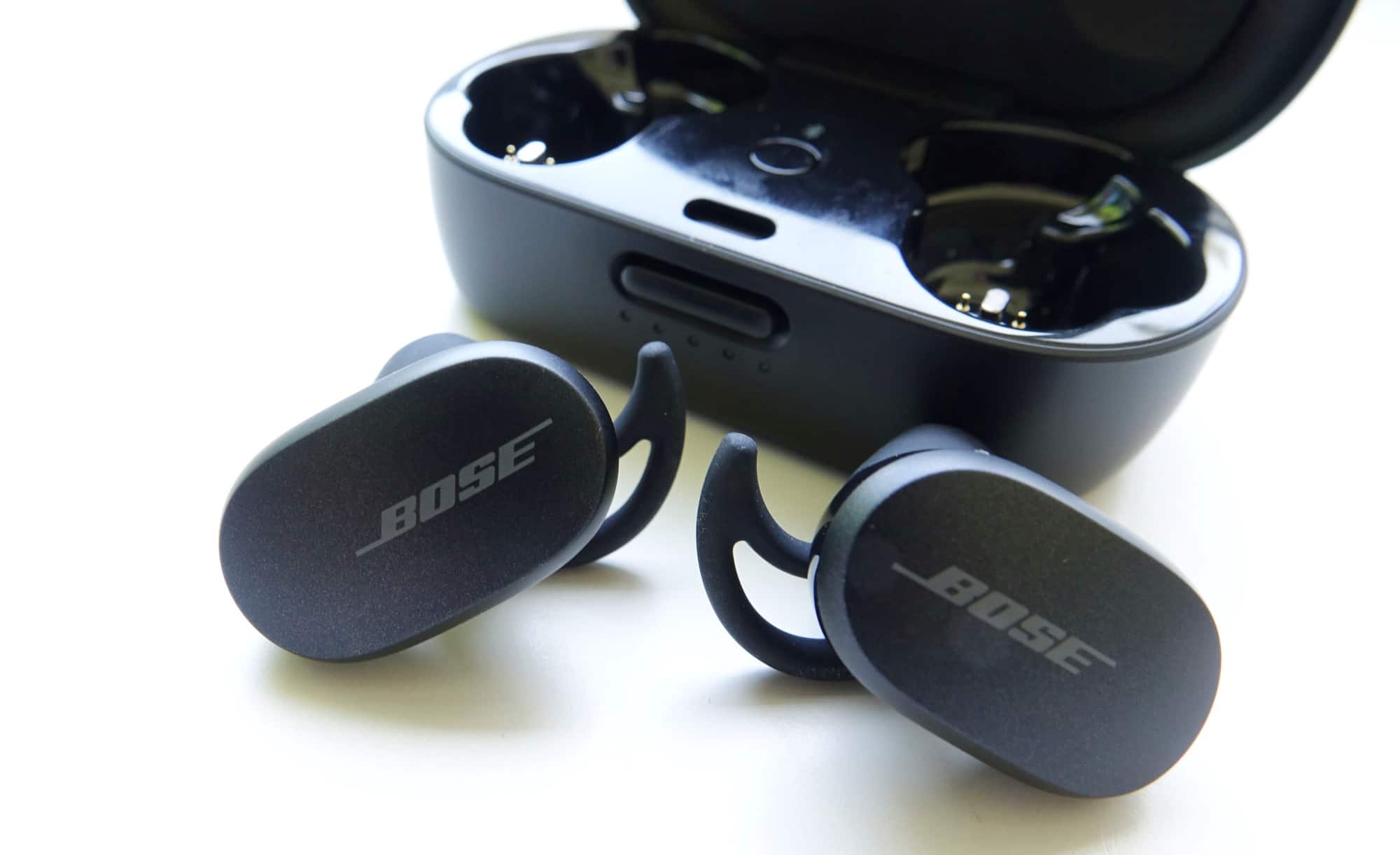 The idea is something Bose calls “Aware” mode, leveraging some smarts called “ActiveSense”, which is just a way of saying the earphones can pick up on large noises and adjust the transparency mode of the earphones, absorbing you in your own sound as the outside world gets louder before switching back to a full transparency mode. It means walking by loud noises should keep you listening to your own music, and when you’re past it, having the earphones open up to let you hear the world.

Bose’s awareness mode is just one part of the new features, with support for extra modes you can define yourself, creating custom settings that match how you’ll use the QC Earbuds best. If you’re someone who prefers to be isolated during a walk, you can tweak the “Walk” mode to be full-on noise cancelling, or even turn it down to one of ten settings. A double-tap on the left QuietComfort Earbud will cycle through the list, as will using the app.

There’s also support for more devices with the latest update with up to seven devices supported, an EQ setting in the Bose Music app with direct control, and Spotify users can set up a special Spotify shortcut by holding the left earbud, triggering specific playlists or what you were last listening to. 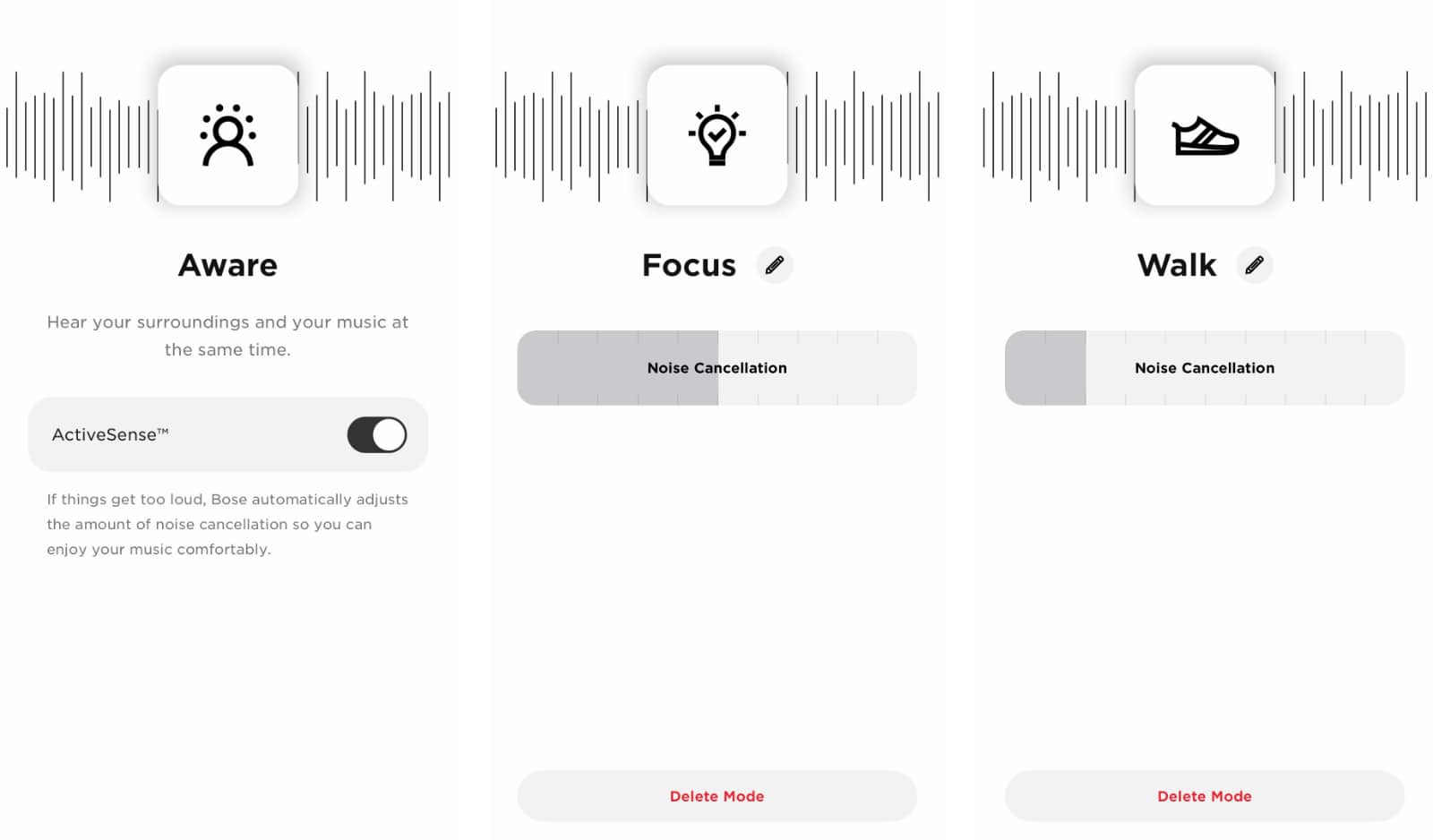 All are an example of what can now be found in Bose’s in-ear noise cancelling QC Earbuds, which we reviewed earlier in the year and found to be quite good, albeit the large size of both the earphones and case.

Most interestingly, the addition of an aware mode addresses some of the absence of an adaptive noise cancellation mode, allowing Bose’s ActiveSense technology to fade out large noises using active noise cancellation, while easing it out as you go. That’s not entirely adaptive, but it’s not far off, and may address some concerns, especially given the adaptive mode offered by competitors, such as the Sony WF-1000XM4.

For now, it means owners of the QC Earbuds get something new, while folks keen to see Bose’s take on the category will likely see the feature rolled out when they install the Bose Music app and upgrade their earphones, too.