Eye-sight problems and blindness may soon be a thing of the past, as a researcher from Sydney University develops a printable that may return sight.

Printers aren’t just for paper anymore, with printing technology coming to all sorts of things.

You can 3D print objects and models, and even 3D print food (kinda), but an Australian researcher might have come up with a different approach for printing we’ve not yet seen: printing something that can restore eye sight.

It’s a concept coming from Dr Matthew Griffith at the University of Sydney, with his invention effectively being a device that can be printed onto a thin layer capable of absorbing light and transmit signals from the eyes to the brain.

In essence, it acts as an artificial retina to provide sigh for people who can’t normally see, or who have seen degradation throughout time.

“Worldwide, the number of people living with vision impairment is at least 2.2 billion,” said Dr Griffith.

“Our research aims to provide a biomedical solution to those experiencing blindness from retinitis pigmentosa and age-related macular degeneration (AMD), the second being one of the leading causes of blindness in the world,” he said.

One approach being worked on is to make this into a type of neural interface to restore senses to people with spinal cord injuries. With no electricity required to make it work and the concept powered by light from the outside world, it could connect with the nervous system and stimulate activity to the brain.

“If successful, our device will help us progress towards solving one of the great scientific challenges of the 21st century; communicating with the human body’s sensory network,” said Dr Griffith.

“We hope to achieve this using nothing but light, which opens up some really exciting prospects for the future of bioelectronic technology.”

There’s no word on whether this is coming to a pair of eyes near you, but it’s one of those things to watch out for in the coming years. 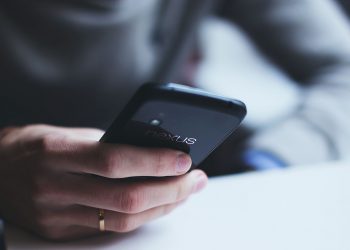 Fake apps run wild, what you can do