There’s another player with 5G on the way, as Optus rolls out the 5G love to another MVNO.

Now that each of the major telcos in Australia has 5G, it was only a matter of time before the smaller companies gained that access, as well.

Last year, Optus started rolling out 5G support to virtual operators, also known as MVNOs, and it appears we’re beginning to see more this year, as Aussie Broadband joins up for the high-speed support, moving from the service of Telstra to that of Optus.

The result means subscribers on Aussie Broadband’s mobile service will be able to find 5G service from $39 per month, with 10GB offered at the lowest, 50GB at $49 per month, and 80GB at $69 per month, providing a little more choice in finding a 5G service provider. Beyond that, it may offer more data to subscribers for Aussie Broadband’s NBN service, with the company noting that more data will be provided if both services — mobile and NBN — are subscribed to.

“We believe in giving our customers more bang for their buck – so we’re offering increased data to customers who subscribe to both our internet (NBN or OptiComm) and mobile services.”

While 4G is everywhere, 5G has largely just been at the major telcos — Telstra, Optus, and Vodafone — with the smaller players not really having much to work with. But as support for MVNOs rolls out, that is beginning to change, and Aussie Broadband is adding to that. Eventually, 5G will just be another regular part that everyone has access to, much like 4G is now, but until then, it’s a feature.

Alongside the 5G access, Aussie Broadband plans to sell 5G phones for use with its service, with models from the Samsung Galaxy S21 range expected to pop up there, too. 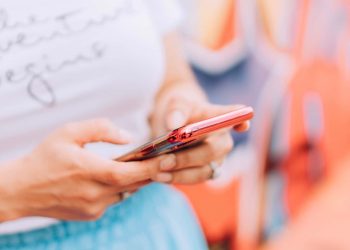