Apple’s subscription gaming service is getting more games as of this week, with a bunch of new games, plus some established titles from the App Store.

There’s a little bit more for gamers on iPhone, iPad, Apple TV, and Mac this week, as Apple looks to expand the gaming service it launched late in 2019.

Two years ago, Apple launched its subscription game service “Apple Arcade” with a good 100 titles that could only be found on the service, a number that has grown regularly with new titles over the past year and a half or so.

As we found out in our review, Apple Arcade is basically an all-you-can-play game variety of titles that come with no downloadable content and are essentially premium titles for one monthly fee — $7.99 per month in Australia — though is included in Apple One accounts, as well. Subscribe to Apple Arcade and you’ll find games that only work on Apple devices — iPhone, iPad, Mac computers, Apple TV, and an iPod Touch if you still have one of those in use and updated — though the Apple Arcade accounts also work across an entire family, essentially giving a little more bang for the buck.

This week, however, Apple is giving Apple Arcade its biggest update yet, with four new original titles landing, alongside two categories that weren’t there yesterday: “Timeless Classics” and “App Store Greats”.

For the former, you’ll find titles in the “Timeless Classics” category, such as chess, backgammon, sudoku, solitaire, mahjong, and a crossword title, while “App Store Greats” focuses on games that have cost money in the past, but will now be free to subscribers of Apple Arcade, including Fruit Ninja Classic, Monument Valley, Badland, and Blek, all with the extras included. From what we can tell, the titles in “App Store Greats” will continue to exist as purchasable or freemium (with in-app purchases) on the App Store, it’s just that Apple Arcade subscribers will get a “plus” version, which is free to them and includes the extras.

And of course, because original titles are largely what makes Apple Arcade convincing, there are four of those being added this week, including an RPG from the creator of the fames Final Fantasy series of games, Fantasian. 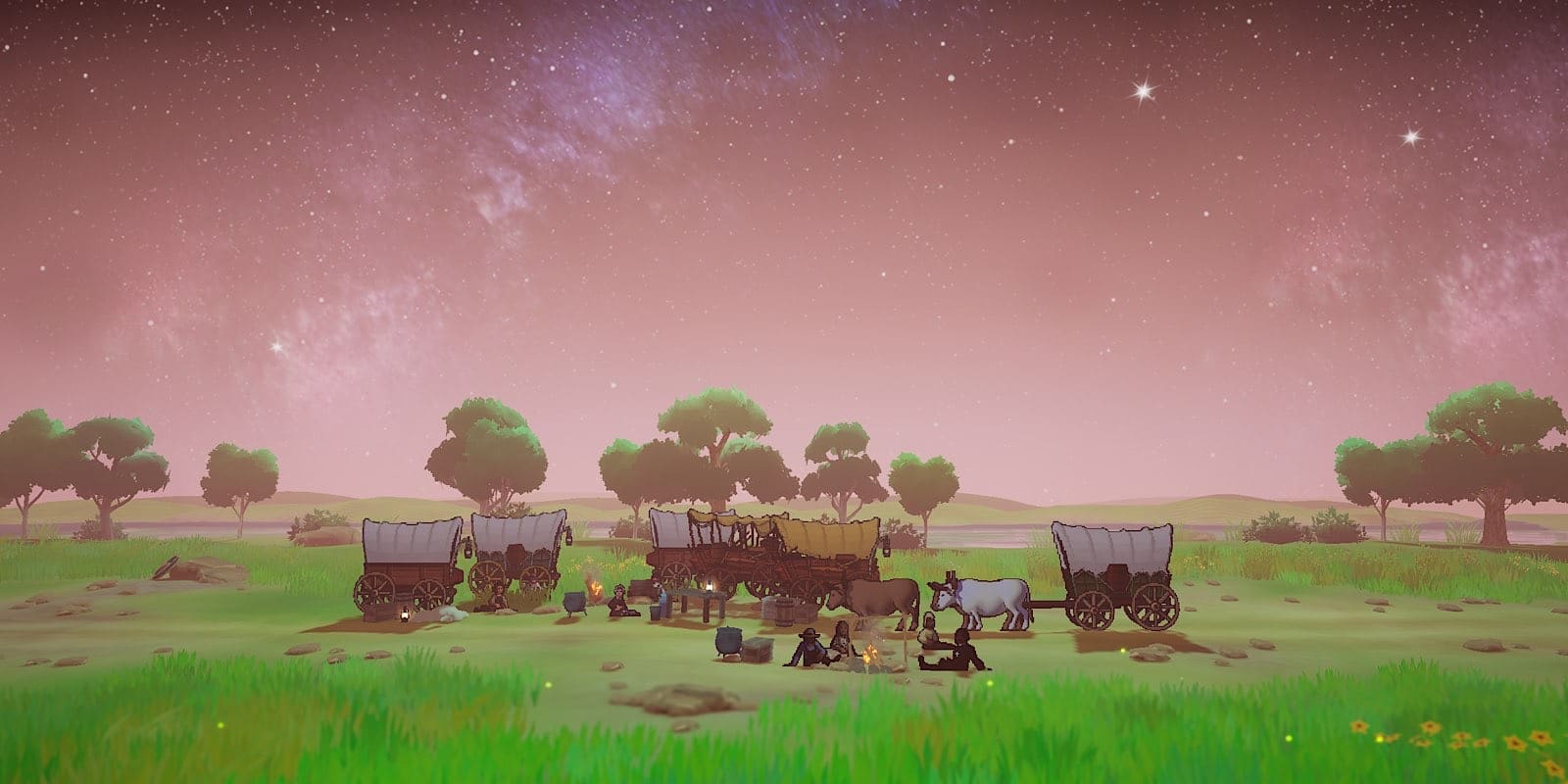 Alongside that RPG, three other titles have seemingly appeared out of the blue, or possibly from a wormhole, NBA court, and dusty trail, as Apple adds Star Trek: Legends, NBA 2K21 Arcade Edition, and a reinvention of the classic Broderbund title The Oregon Trail.

“In its inaugural year, Apple Arcade won over media critics and fans for its creativity, diverse portfolio, and commitment to players’ privacy, providing a safe gaming service to enjoy with family and friends,” said Matt Fischer, Vice President of the App Store at Apple.

“Whether it’s a brand new ‘Star Trek’ game, a new version of the legendary ‘Oregon Trail,’ all-time App Store favourites like ‘Monument Valley’ and ‘Threes!,’ or traditional games like ‘Backgammon,’ we have an incredible variety of gameplay experiences for everyone.”

The new games are live now on Apple Arcade, which itself is $7.99 per month in Australia separately or bundled into Apple One accounts.