If you own an Apple M1 computer and happen to be someone who relies on the Adobe suite, there are now a few more apps that play nicer with Apple Silicon.

It’s the middle of 2021, and thanks to the recent launch of the 2021 iMac, there are now four Apple computer styles that run on the Apple Silicon chip, the M1.

Different from the Intel and AMD hardware out there normally used in laptops and desktops, Apple’s chip is closer to what’s in the iPhone and iPad, and is quite literally in the iPad, appearing in this year’s iPad Pro.

It’s a chip that brings with it some serious performance, achieving solid speed and boasting battery life aplenty, too, though to get those results, app makers need to convert their apps for the new hardware. That’s been happening gradually since the release of the first Apple M1 computers last year, including the M1 MacBook Air and the M1 MacBook Pro, and we’re seeing more now.

While Adobe made Photoshop the first of its apps to make the transition to the new chip, this week, Adobe announced three more jumping that way, with Illustrator, InDesign, and Lightroom Classic now working on M1 Macs, too.

Adobe says the new releases are on average over 80 percent faster than when an Adobe app runs on an Intel system, but it’s not the only feature update the releases are getting. They’ll also see more presets added to Lightroom, the ability to rotate the view in Illustrator, and other things, too.

Adobe hasn’t said whether these releases will make it possible for the apps to make the jump to iPad, however. While versions of Illustrator and Lightroom already exist on the iPad, InDesign does not yet, and that might be an app that could take advantage of the big screen of the iPad Pro, as well as all the hardware prowess it has to work with.

For now, it means that owners of a recent Mac will get a faster Creative Cloud experience on more Adobe apps, while the remainder of apps will continue to run under Apple’s Rosetta 2 system, which from our tests last year showed that it can handle itself pretty well, too. 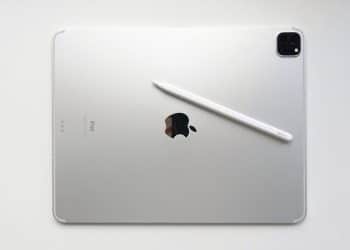