An app and service that started in Sydney and is used everyday by millions of people around the world is celebrating its birthday.

Whether you consider yourself an avid smartphone user or just someone who occasionally pulls it out to check on things, there’s a pretty good chance you’ve familiarised at least yourself once or twice with Google Maps. Even if you don’t use it on the phone, you’ve more than likely encountered it on the desktop, and it helps shape search by finding the places we need quickly.

Originally being built at Google’s offices in Sydney back in 2005, Google Maps has gone from being a mapping application to something that can let you explore the world, and allow people like yourself who go exploring to save their thoughts, pictures, and recommendations to the places they go.

Google Maps also brought along other things we’re using regularly, such as Street View, which launched two years after Google Maps in 2007, and saw Google’s camera-equipped cars travel the world to map the streets and help you find where you needed to go, as well as your house on the mapping system.

It even delivered some of the coolest April Fools jokes, including the most retrolicious joke out there, Pac-Man presented on a Google Maps environment around you.

This week, Google Maps celebrates its 15th birthday, and to show the app and service has matured — as one does when they get a little older — Google is updating the app, improving the design across the mobile service with tabs to find things.

Google has added tabs to let you “explore” and find ratings and reviews for around 200 million places around the world, left by travellers like yourself, as well as a tab for “saved” for where you can save the places you want to check out on that next trip.

When you’re not planning a trip, you might be travelling to work, so there’s a new “commute” tab to get you travelling more efficiently, whether it’s by car or public transport, and this will offer not just routing, but real-time traffic based on what other devices with Google Maps are doing.

If you find a place you really like and would love to share with the world, the Google Maps app for iOS and Android now has a “contribute” tab to let you update listings with your own knowledge, and if you want to see what others are adding, the “updates” tab next to it will show a feed of trending spots from other travellers and publishers, to give you the low-down on what’s hot, much like a news feed, but for what’s worth checking out.

It’s not just the app design that’s changing, but some of the Google Maps functionality. Google is improving predictions for public transport, and plans to factor in recommendations from users based on their routes, catering for important factors such as onboard security, accessibility, and the temperature on the ride.

Finding your destination is also being improved with imagery from your phone’s camera and Google Maps, thanks to a feature introduced last year called “Live View”. A little like a real-time Street View, Live View uses the mapping data, machine learning, and your phone’s camera to look around at the scene, and tell you where you need to get to as you view it through your phone.

Google’s Live View mapping feature works now, and Google is looking to improve it even more over the coming months. We’re not at the point where Google is doing this through contact lenses or a pair of sunnies, but Google says in the not too distant future, it will have a way for you to hold up your phone like you’re taking a picture, and see the direction plus how far away you need to go to get to your final destination. 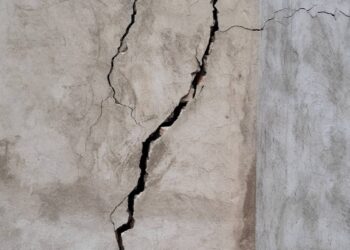