Forget person man woman camera TV, because with Samsung’s latest Galaxy Note 20 Ultra, it’s all about the person camera pen screen speed. And it’s not the only Note model, either.

It’s that time of year again: August, which typically signals when Samsung’s back half of the year kicks off for phones, which is where we are now. Yep, it’s Galaxy Note time, the bigger and more business-y of Samsung’s phones, which are known to arrive in August and September, offering a big screen and pen-equipped variant of what the Galaxy S models launched earlier in the year.

Earlier this year, the Galaxy S20 Ultra was Samsung’s main model to beat, offering a 6.9 inch screen and a 108 megapixel camera in a four-camera setup. Samsung’s biggest and most powerful, the S20 Ultra didn’t offer the best battery life, but felt more like it was made for multimedia, even supporting 8K video capture.

That model will now form the template for Samsung’s new big pen-equipped phone, the Galaxy Note20 Ultra, which adopts a similar approach to the screen and main camera, but changes a reasonable amount of other things, too. 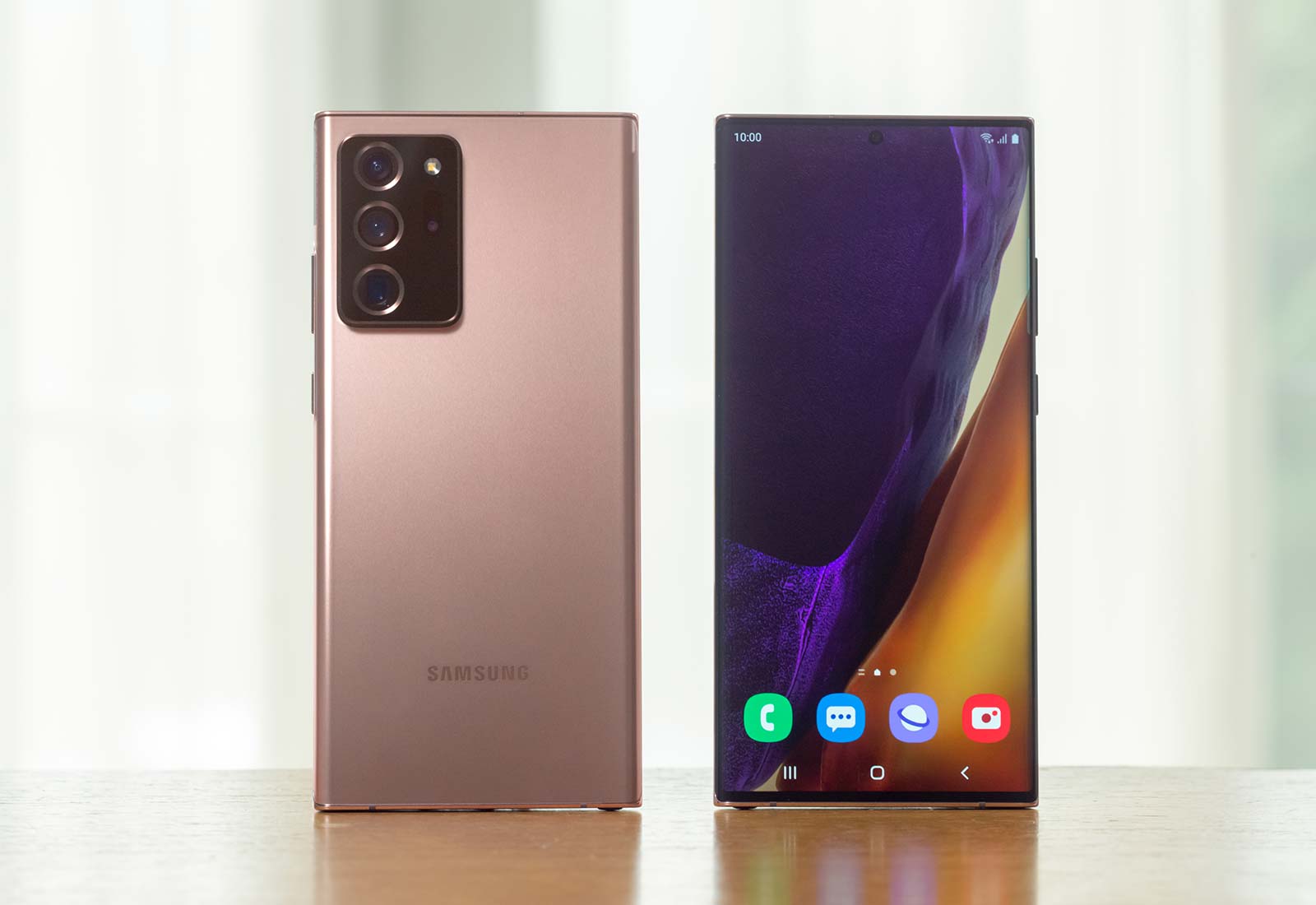 At 6.9 inches and featuring a curved 120Hz screen, the Galaxy Note20 Ultra already sounds a little like its S20 Ultra sibling, though the look is different, with a more squared off look compared to the softened rectangular approach that is the S20 Ultra. Other things definitely are different, though, with the screen supporting a different resolution, 3088×1440 versus the 3200×1440 of its S20 Ultra sibling. It runs as 120Hz and can jump around the settings to save power, but there is, of course, the S-Pen.

Supporting 4096 levels of pressure sensitivity and a faster refresh rate, Samsung says the new S-Pen glides over the screen and renders scribbles more like a real pen, making it more of a tool to replace the pocket notebook and calendar. Other changes are included, such as more support for air gestures, something that rocked up last year, but felt underused in the package. We suspect Samsung is hoping more people use them this time around.

Samsung’s revived Notes app is a part of this, now offering a way to synchronise notes straight to a Windows PC and record sound alongside what you scribbled. 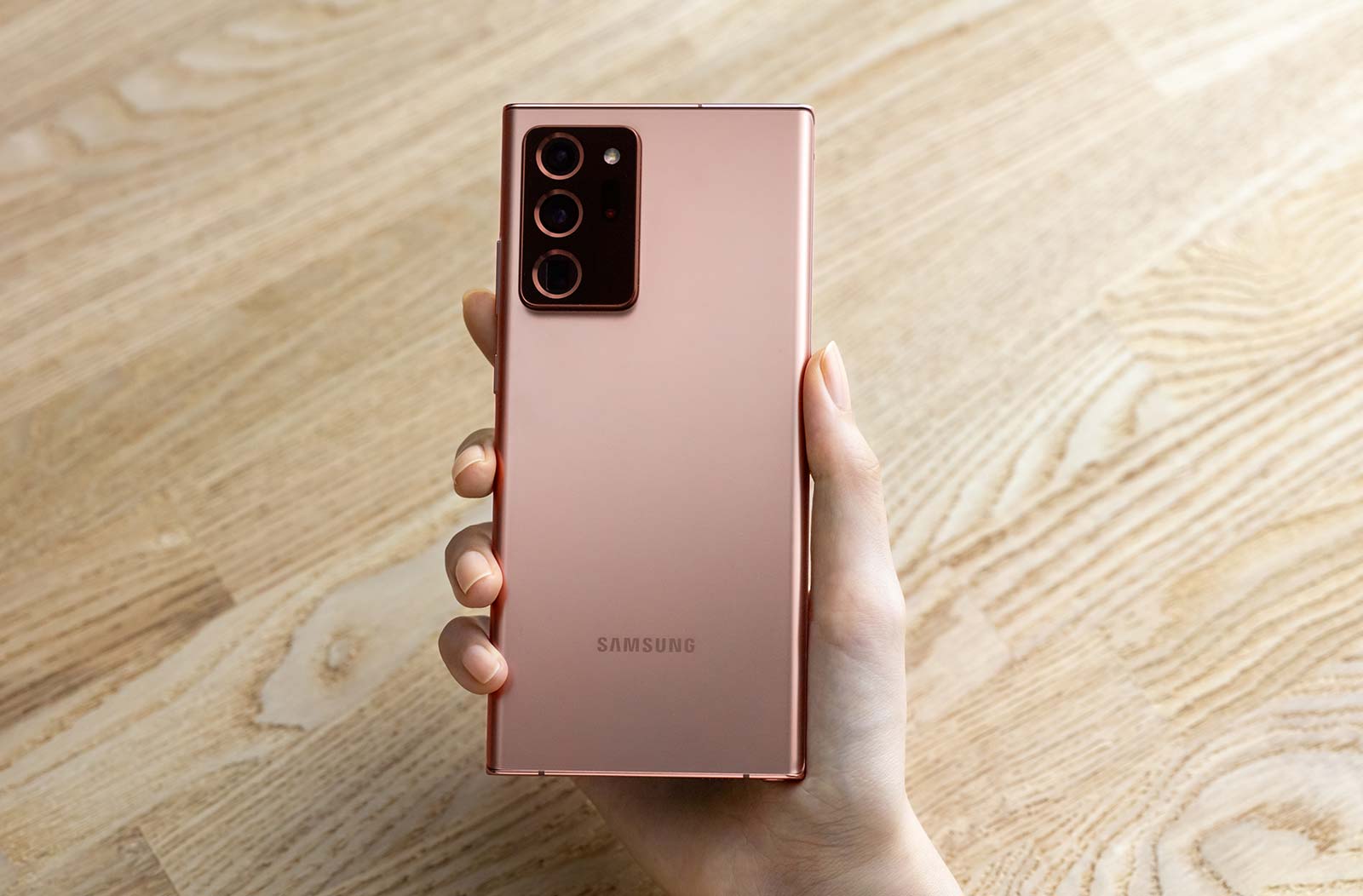 The Pen isn’t the only feature that aims to stand out, with an attention on the Note 20 Ultra’s camera. Technically, it’s not the same camera system as what Samsung offered on the S20 Ultra, but includes one of the modules, with the 108 megapixel main camera worked on with Xiaomi, alongside a 12 megapixel ultra-wide and 12 megapixel telephoto. It’s a little different, but possibly more reserved and usable, with the 100x space zoom of the S20 Ultra gone, now maxing out at 50x digital zoom on the Note20 Ultra. 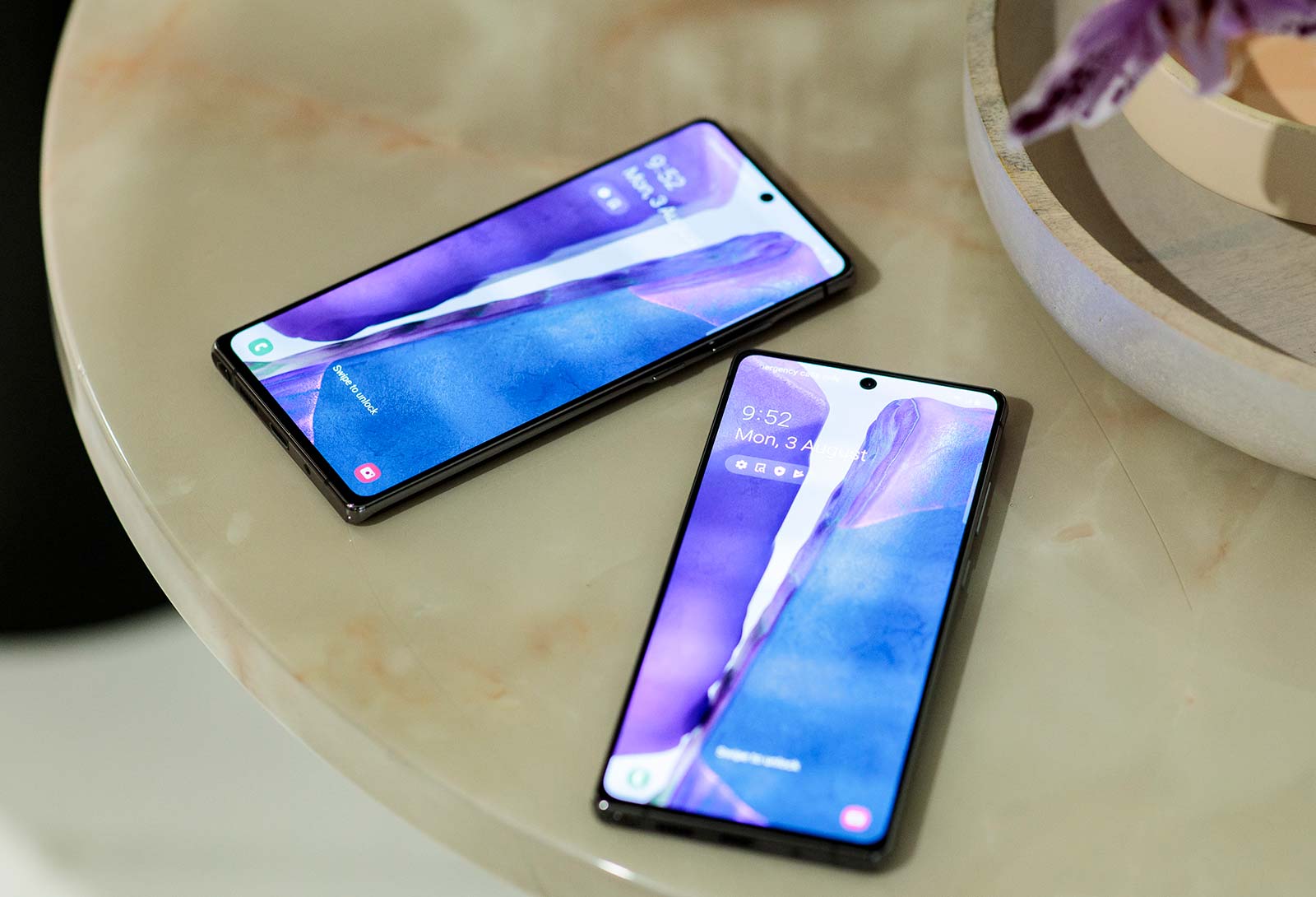 In this model, the Galaxy Note20, there’s no curved screen, adopting a flat screen style more like the iPhones of late, but with support for the Note’s S-Pen. There’s a 6.7 inch screen, a similar assortment of cameras (12mp, 12mp, 64mp), and a little less in the battery than the S20+.

A little different and smaller, the standard Note20 may win people who want a smaller variant of the Note and who want to pay less, with the Note20 starting at $1499 locally for 4G and $1649 for the 5G model. Essentially, it seems like Samsung is providing choice, and keeping the S-Pen in various price points. Granted, they’re all above the $1000 mark, but the price points are still there. 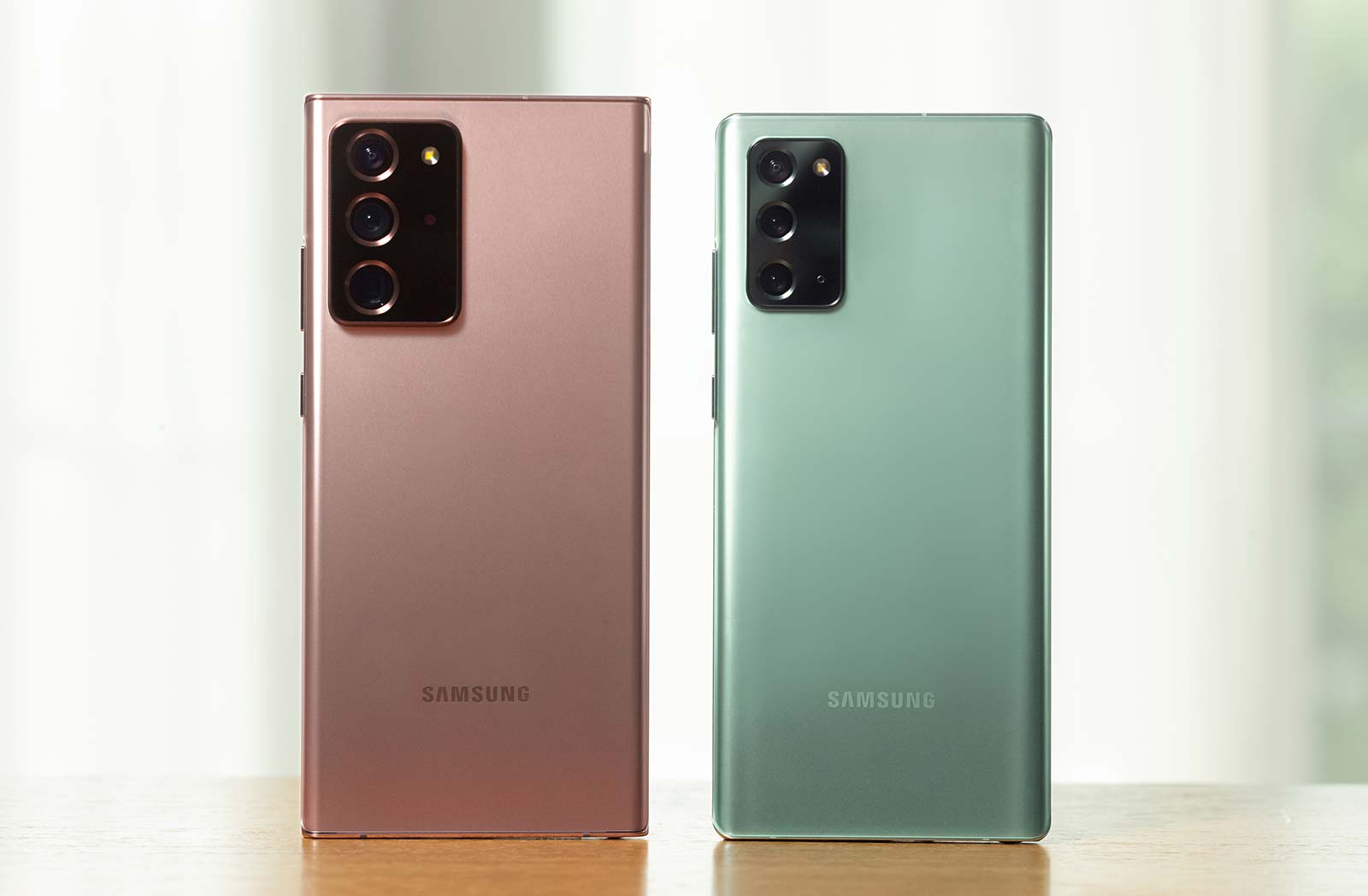 As interesting as the feature set might be for some, the power of the hardware is what grabs us, particularly given that it can be used as a desktop to some degree, and because Microsoft is working with Samsung to roll out support for gaming with the Xbox on the Note20 devices. Samsung didn’t quite elaborate on this, but it seems as though this is connected to Microsoft’s XCloud feature, which would bring Xbox games to a streaming environment.

If that is possible, it could turn what is otherwise a business-grade phone into one that also handles games well, too. We’re not sure how long that will take to launch here, but when it does, Samsung’s business phone becomes a little more enjoyable, too.

“As the Australian smartphone landscape continues to evolve, people are expecting their devices to play numerous roles with a seamless experience and connectivity – a device for professional pursuits, that also powers hobbies and passions,” said Garry McGregor, Vice President of the Mobile Division at Samsung in Australia.

“In Note20, we are giving Australian customers a device that is truly so powerful it works like a computer and plays like a gaming console,” he said.

The Galaxy Note 20 models are set to go on pre-order from August 6, with arrival likely later in the month. 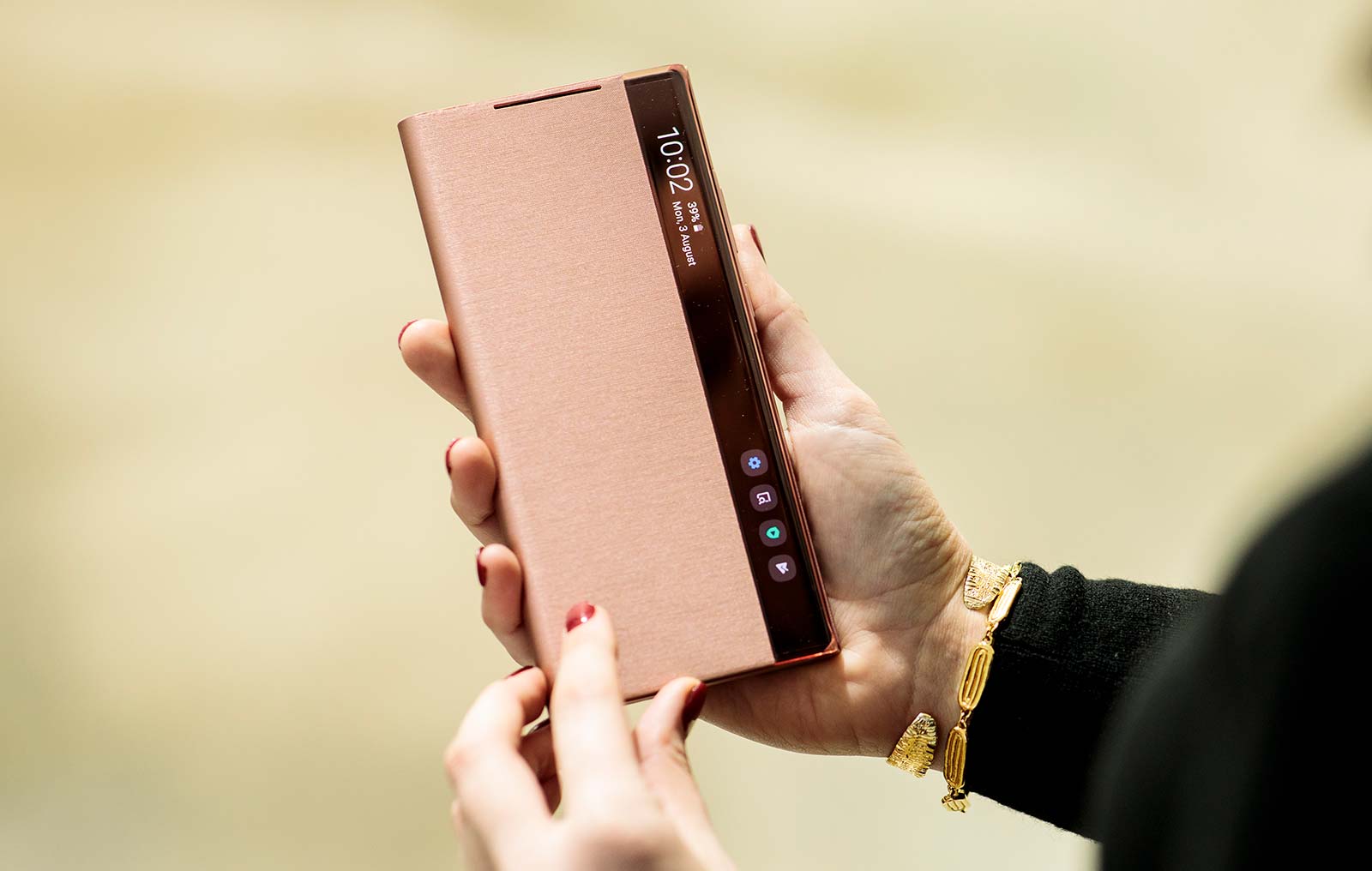