KFC builds a computer that can keep food warm

2020 has been a year of craziness, so why not end this year with a PC that can keep chicken warm.

It might be hard to top 2020 as a year that’s been a little crazy — thanks Coronavirus — but just in case you thought technology couldn’t get a little stranger this year, you might want to look at a collaboration between PC case maker Cooler Master and KFC. Yes, that KFC: the folks who cook chicken, also known as Kentucky Fried Chicken.

Teased as a bit of a console to take on the likes of the Xbox Series X and the PlayStation 5, both of which were released this year, KFC’s device is called the “KFConsole” (get it?), but is basically a computer inside of a bucket with a heater, using this design to keep chicken warm while gaming is happening.

Less a console and more a computer, KFC’s KFConsole is essentially a computer built into the bottom of a bucket-shaped case with a fan-based system and heating compartment KFC says is patented — the “Chicken Chamber” — which uses the heat from the computer at the bottom to keep the chicken compartment warm. Essentially, KFC is using the heat from the computer for the purpose of keeping food warm, rather than the typical approach of computer cases and throwing the heat out to keep computer parts stable and cool.

The computer inside is an Intel NUC 9 powered by a 9th gen Core i9 processor, sitting inside a thin and fairly small design, pairing it with two 1TB SSDs and making it capable of hitting a 4K resolution for gaming, plus supporting VR. That might read like a modern day console, but in terms of design, you can expect the KFConsole to be more like a PC, running Windows if slash when it arrives.

As to when that’ll happen, right now it’s a bit of a big question mark, but if it does, you can bet we’ll let you know. We’re not sure the KFConsole will ever launch locally, though, so this one might just be a cute stunt Australian gamers only end up hearing about. 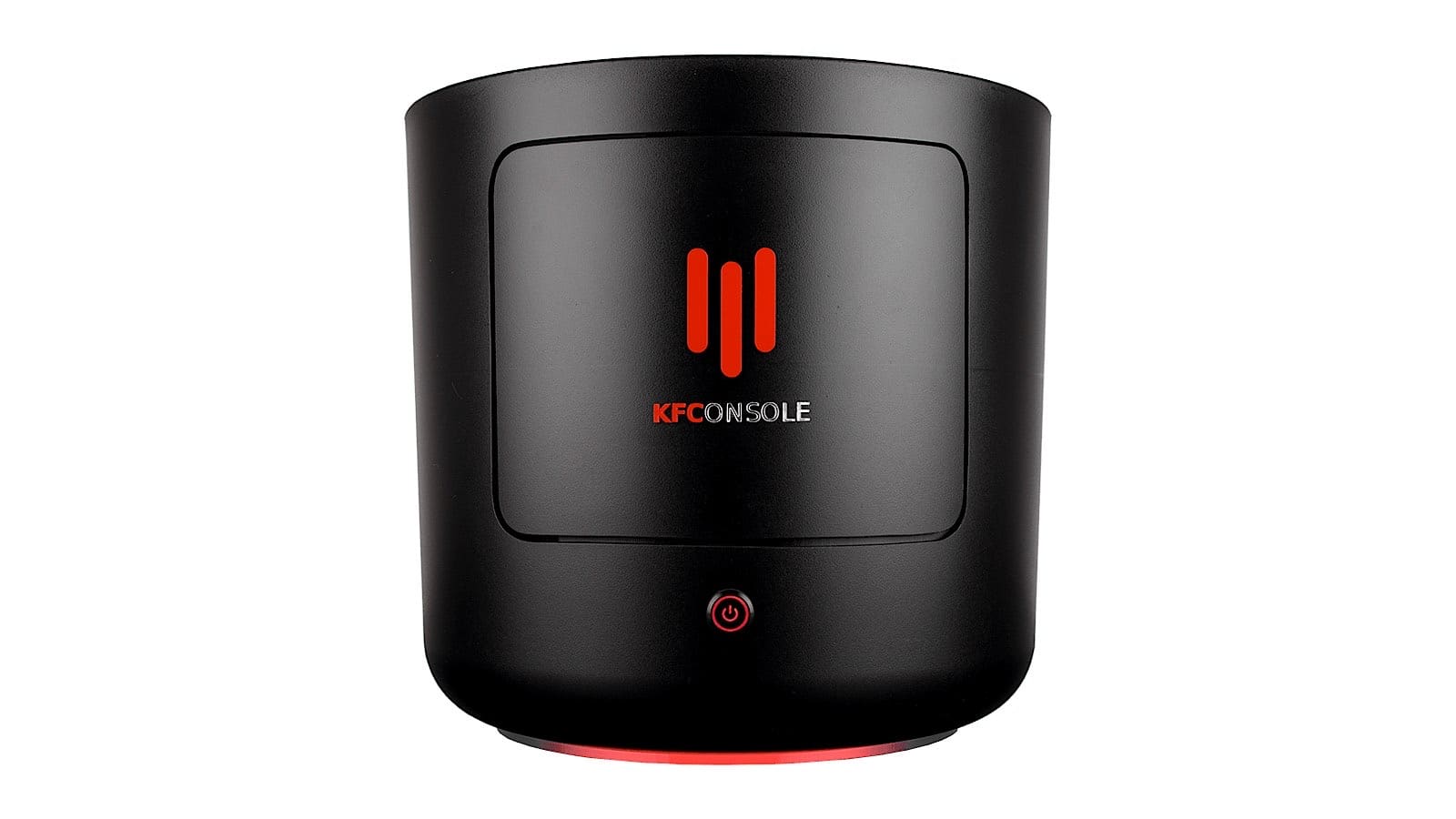