OLED may be one of the biggest benchmarks of TV technologies, but Hisense has its own, and it aims to give LED TVs a little more confidence in black reproduction.

One of the more exciting technologies we saw back at CES earlier in the year is finally making an appearance in Australia. A TV technology, it was something Hisense showed to journalists on the floor of what is arguably the world’s biggest technology show, and that up until this point, hasn’t been seen by most Aussie consumers. Come September, that will change.

It’s something very new called “Dual Cell”, and it’s a little bit different from the approaches you can find in other screens. An LED technology, it aims to be an evolution of the LED-backlit TVs we typically see, while also doing things more like the organic LED (OLED) TVs LG produces, rendering blacks more clearly with a different approach to dimming.

Traditional LED-backlit screens use a set number of LEDs to light up portions of the TV and turn down the lights in order to create shades differently, compared to OLED’s approach where it can just turn the pixels off to create black. In OLED, black means a pixel is off, while LED backlit LCD TVs have to utilise brightness with the LCD panel to do the same thing.

In 2020, Hisense has a different approach: it will use a monochromatic panel behind a colour panel to control the contrast values of that TV, creating what is in essence over two million dimming zones for an LCD TV, and delivering a more accurate approach to lighting up the edges of the picture. Instead of lighting up an entire section around the image, Hisense can use the monochromatic panel to pick up on the portions that need more light versus other parts of the image. 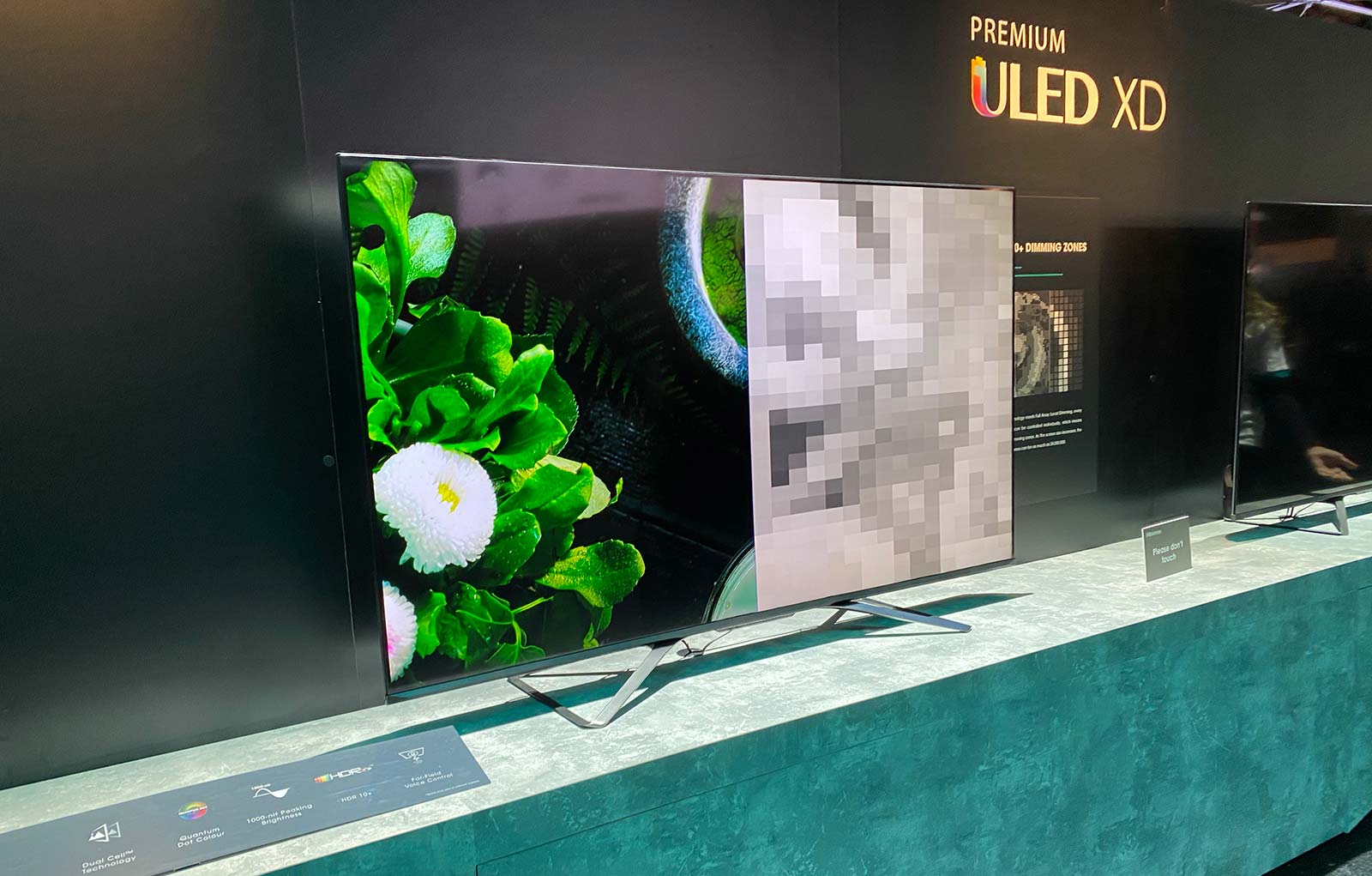 The technology is something Hisense calls “Dual Cell”, which is in essence what it is — two panels bonded together to blend two pictures. It’s a logic that isn’t all that dissimilar from using a monochromatic camera with a colour one, something Huawei’s phones use in the P-series and Mate-series phones from 2016 to 2018, delivering improved contrast in images compared to standard phone cameras at the time.

Used in a TV, those over two million dimming zones are made from the 2,073,600 pixels found inside a Full HD monochrome panel behind the 4K Ultra HD panel, which in turn creates a slightly jaggy cut-out of where the light should shine with luminance, though not enough for it to be discernible by the viewer. The result is a competitor of sorts to OLED, with a TV that aims at delivering improved blacks like an OLED, but without the same cost of one.

In fact, the cost is something Hisense is gearing its Dual Sense LED TV for, with one model coming to Australia, the 65 inch Hisense 65SX, which will retail locally $3499, a good $500 below the street price of lowest priced LG OLED TV of the same size, the 65 inch LG BX OLED TV, which itself retails for $4799 locally. It will even arrive with a 4.1 inch subwoofer shaped a little like a pyramid, almost as if someone had turned buildings from Blade Runner into a sound system, accompanying speakers at the bottom of the TV, supporting Dolby Atmos virtualised surround sound. 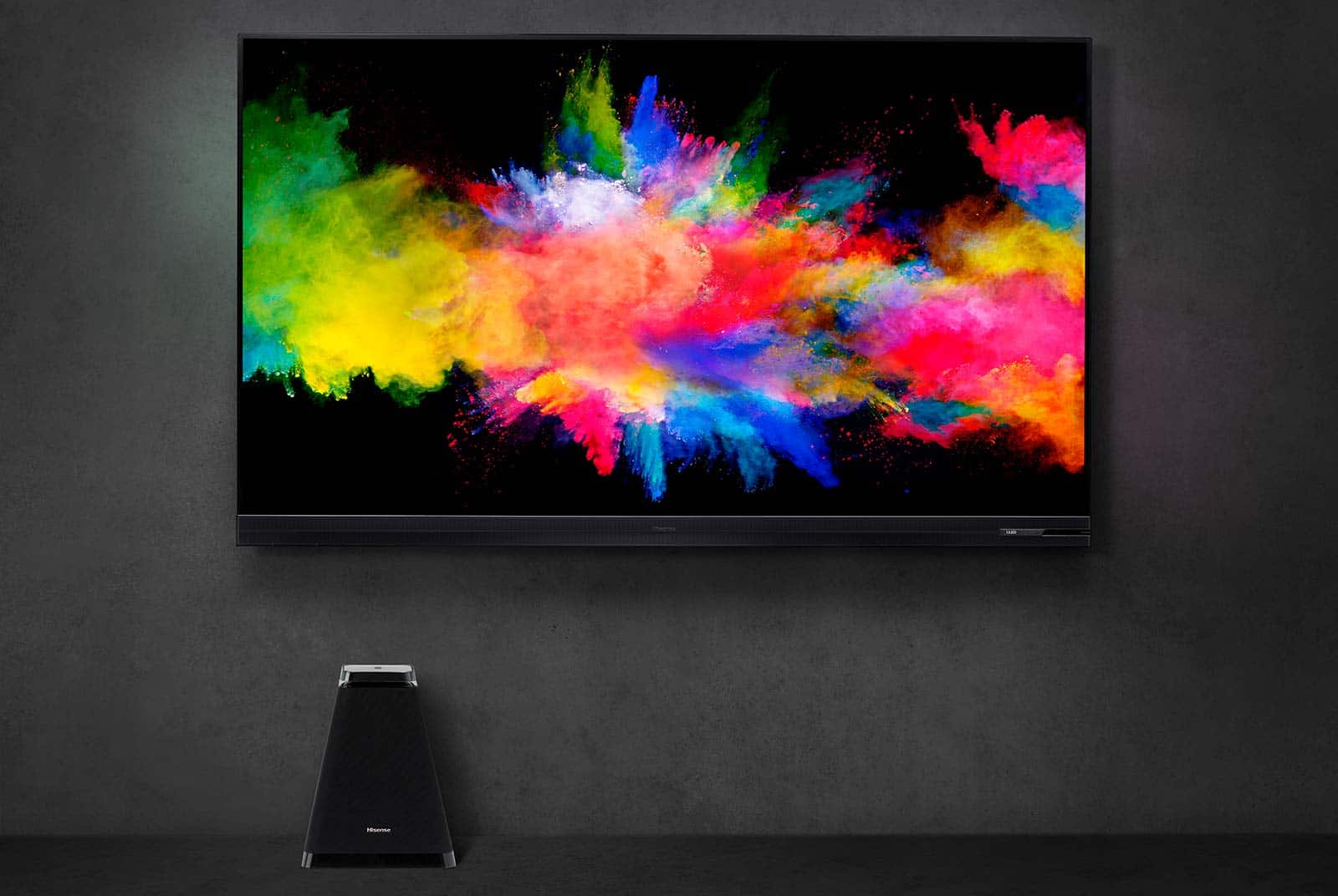 “Hisense’s proprietary Dual Cell technology uses a highly complex composition and design to deliver a quality of colour, contrast, brightness and accuracy that we believe sets a new standard in LED TVs,” said Andre Iannuzzi, Head of Marketing at Hisense in Australia.

“We’re incredibly excited to be the first market globally to introduce this game-changing innovation and hope Australians realise the benefits Dual Cell offers as a new leading premium TV technology.”

It’s a technology Hisense has so much faith in, the company has ended its brief experiment with OLED TVs. Hinted back in 2018 and launched last year, Hisense’s OLED TV ambitions appear to be off the cards, with the company seeing Dual Cell LED TV as an approach that can deliver results.

Capable of using algorithms, a Depth Enhancer, and Hisense’s AI 4K upscaling engine, the 65SX is the company’s first attempt to get OLED picture quality without OLED technology, bringing it together with the HDR capability delivered by Dolby Vision HDR.

Tested back at CES 2020, Hisense’s Dual Cell was easily one of the more exciting technologies to see in demos, as it delivered a novel approach to solving a dilemma commonly associated with LED backlit TVs.

As to whether it shines as bright with customers, that remains to be seen, but people will be able to see it for themselves at retailers across Australia from mid-September, where the Hisense 65SX will be set for a recommended retail price for $3499. 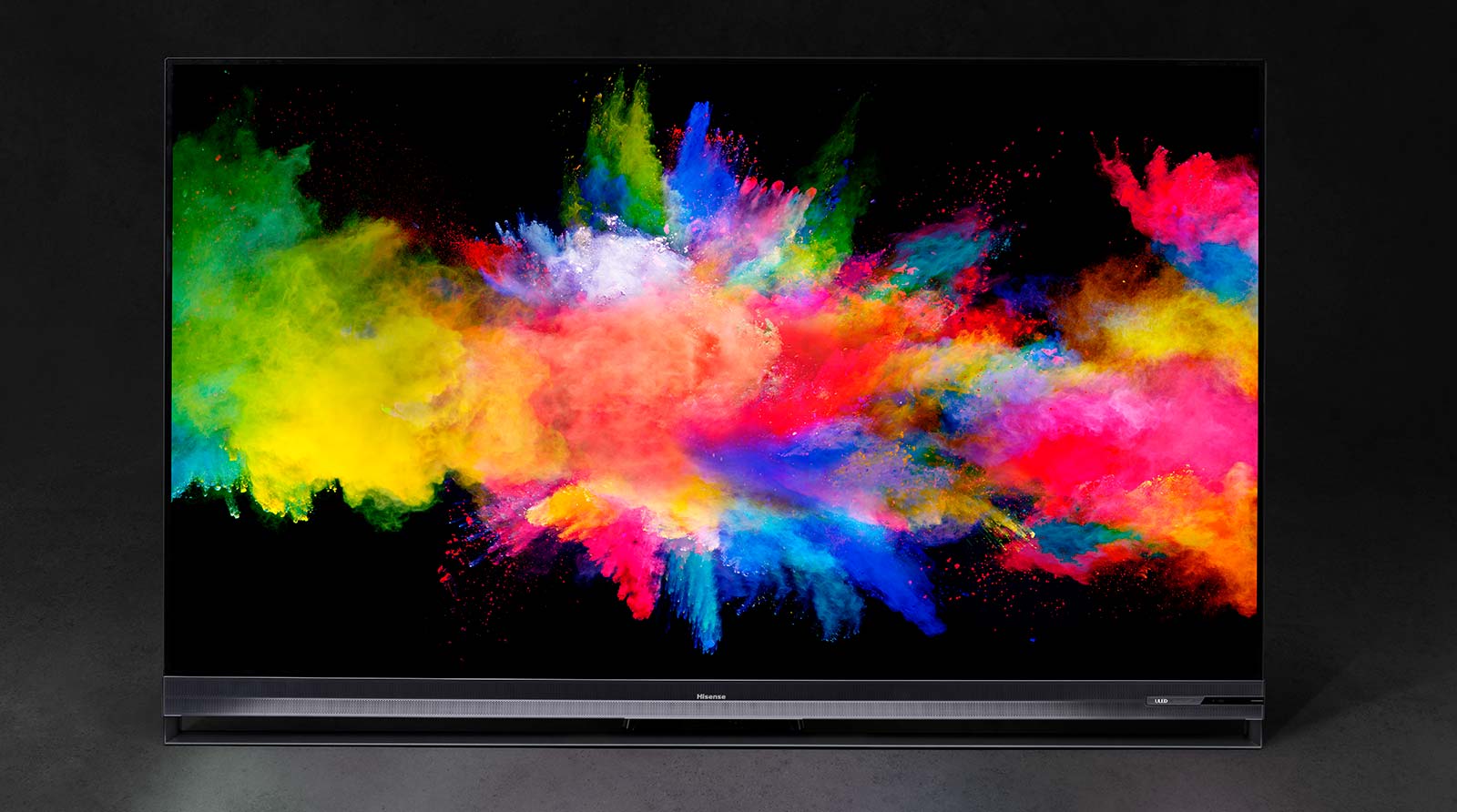