Hisense to take on OLED with Dual Cell ULED

It’s tough to beat the deep black and strong colours of OLED, but Hisense plans to turn up the competition with a take on TV tech.

Finding the right TV for you living room can be difficult, and is often a choice between colour quality, performance, and price, as each manufacturer offers something different. There are OLED screens with components grown in a lab, LED-backlit LCD screens that have been built with a screen and a light held behind them, and there are even crystals that can hone the colour on these.

It seems there are technologies aplenty for TVs, and there’s about to be one more, as Hisense shows off a a technology named “Dual Cell”, that hopes to push back against the black levels offered by OLED.

For those who aren’t aware of the difference, an OLED TV typically offers stronger blacks than other LCD TVs because when an OLED TV is showing a black pixel, the pixel is actually off. There is no black state for an OLED TV pixel to be in, because OLED pixels are either on and firing colour, or off and showing black.

Television manufacturers tend to have a hard time competing against the strength of a black that shows a true black pixel when it’s off because off is black, and so OLED usually wins the war in recreating black tones.

Hisense is looking to challenge that this year with Dual Cell, a technology that connects two layers of LCD levels and bonds them together. While one layer is a typical colour layer, the other is a monochromatic layer, and not only creates a way to improve luminance, but also turns each pixel into a dimming zone, brightening and darkening the pixels individually.

Hisense says this should work to around two million pixels doing this, which implies a Full HD picture given 1920 times 1080 is over two million pixels, and not the over eight million found in 4K Ultra HD. However we’ll confirm this with Hisense this week.

Working alongside that is Hisense’s proprietary processing technology, Hi-View, which joins another of those terms you’ve probably seen over the years, ULED. In 2020, Hisense ULED XD is born, and is a combination of parts that helps create its picture. Included in this are a depth enhancer, adaptive modes for games and sports, and support for Dolby HDR and Dolby Atmos Audio.

“If there ever was a Hisense TV technology to challenge OLED, this would be it,” said Andre Iannuzzi, Head of Marketing for Hisense in Australia.

“With its highly innovative composition and design, the ULED XD combines two LCD layers that are fused together to create one incredibly impressive display. It sets a new standard in LED TVs and we can’t wait to introduce it to Australians.”

As for pricing and availability, there’s no direct word on that yet, though with both expected to be found in the first half of 2020, you can probably expect a launch date between March and May, as tends to be typical for new TVs in Australia.

We’re told the designs aren’t completely settled on for Australia, but it should look like last year’s Hisense 85R7 (below). However, we’ll let you know what the new TVs are like when we go eyes-on with the screens this week at CES 2020. 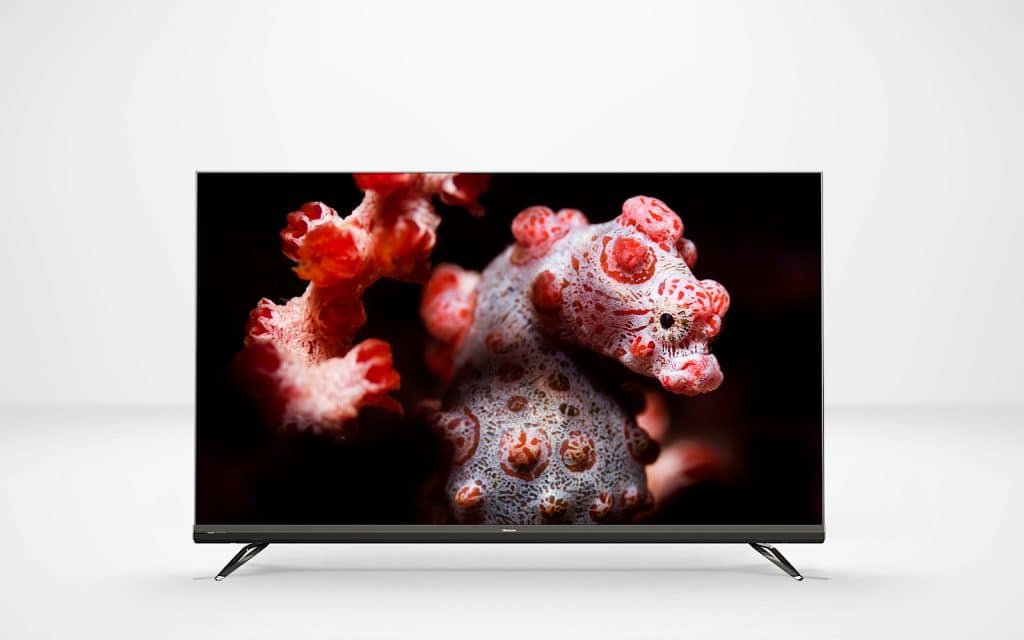