It’s not quite a reignited megapixel war, but if you’re looking for detail, Fujifilm might have it nailed at a staggering 400 megapixels.

We don’t typically worry about megapixels these days, particularly given how strong camera quality is in our phones and what not, but if you still take photos to get the best detail — and to have printed in the largest formats — you might want to take a look at what’s happening with megapixels still to date.

While the iPhone has seen improved camera sensors stay at 12 megapixels, and Samsung experimented with a 108 megapixel sensor in the S20 Ultra that was downsampled down to 27 megapixels, bigger cameras can still go, well, bigger.

Canon’s mirrorless EOS R5 can deliver 45 megapixel photos, Sony’s A7R IV can handle around 61 megapixels, and Fujifilm offers a staggering 102 megapixels for its pricey $16,499 GFX100, something that saw release last year, but is getting a serious update this year, and it’s one owners of the camera may enjoy, too.

This week, Fujifilm has released an update that will allow the Fujifilm GFX 100 to use the 100 megapixel sensor to work with its Pixel Shift Multi-Shot technology, and move the sensor by half a pixel over the course of a shot to capture 16 images at 102 megapixels, which in turn can be processed into a single 400 megapixel image on a computer using Fujifilm’s Pixel Shift Combiner software. From there, that massive 400 megapixel image can be exported into a RAW file (Adobe DNG), and then edited using any DNG-supported software, such as Photoshop, Lightroom, or something else.

The technology won’t be good for all photos, however, and tends to focus specifically on subject matters without a great degree of movement. Archiving scenes, landscapes, and shots without a lot of wind or body movement may well be the focus here, possibly even images of space. Depending on how still a model might be, you might even get that to work too.

Fujifilm’s in-camera pixel shift technology approach is not specific to Fujifilm, however, and can be found in more cameras, with even the iPhone 12 Pro Max supporting a variation of it this year. However we’re not sure that anyone else can match the 102 megapixel sensor and its 400 megapixel export, giving Fujifilm a bit of an edge in this area.

Owners of the Fujifilm GFX100 can see the Pixel Shift Multi-Shot support rolled out with its new firmware, version 3.00, with the feature downloadable from Fujifilm now. 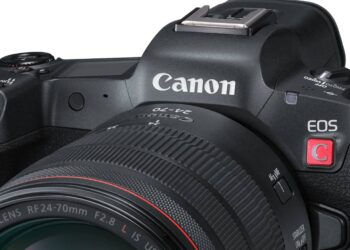