Aussie tech awesomeness on arrival in 2020

You might think that CES 2020 was just big names from big countries, but our little spot of 24 million on the underside of the world popped up, too.

Australia isn’t known for a massive amount of technology, but when we do it, we make sure to come up with things that stand out.

From curious takes on headphones and portable audio to ideas that make your mobile computing experience better, Aussies are doing a fair bit, and this year at CES 2020, they had a few unique ideas on tap.

Amidst a sea of tech-focused brands from all across the world, Aussies stood out at CES, partly because of the accented twang our voice portrays.

But it was the great ideas on display that really grabbed, as some of our best expanded with new ideas. While we suspect there were more than the amount we saw, in a sea of tech brands, we noted four and checked out what was on offer. 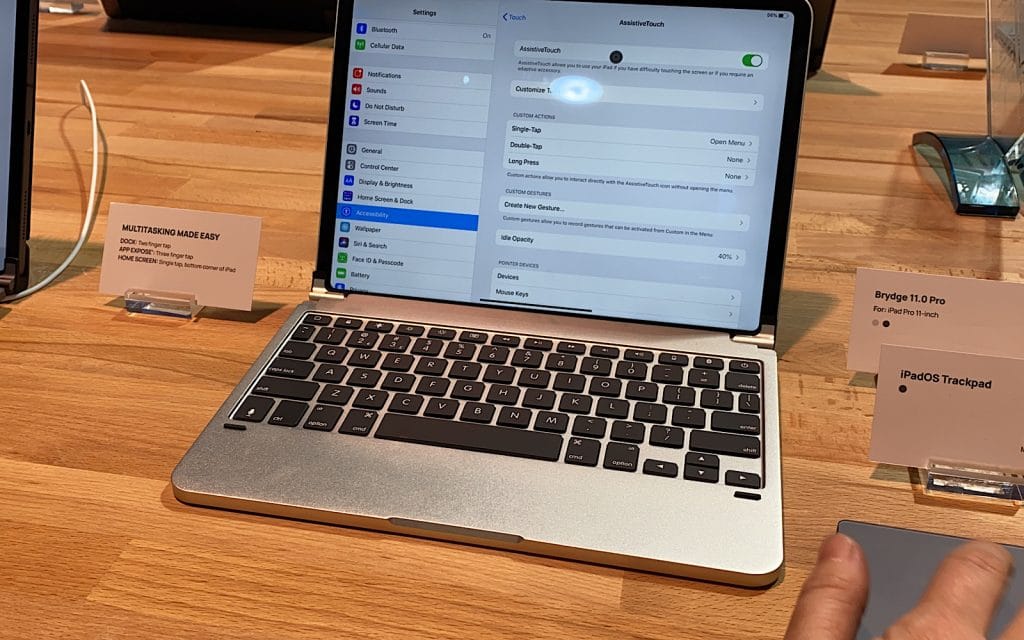 The Aussie-owned brand that has been making some of their industry’s best iPad cases offered a new iPad gadget or two at CES 2020, both of which brought a mouse to iPad OS.

This year’s take on the Brydge Pro adds a spot for a trackpad in the design, which means you get mouse support on iOS, or kind of, anyway. There’s also a separate trackpad for folks who prefer to place a mouse on the side, but the “kind of” comes from Brydge making it work through Apple’s accessibility settings.

Switching on a mouse through accessibility is a bit of a hack, whereby the mouse actually controls the touch gestures in iPad OS, but doesn’t respond always like a mouse. While it will mean you can get some semblance of mouse control on the iPad, some websites won’t respond quite the same way, and so it’s not a true mouse control for the iPad. This is less a Brydge issue and more an Apple one, but it’s worth knowing as you go in.

We also saw Brydge’s acquisition of Henge Docks in place, with the company set to produce more docks for devices, including the newer MacBooks, and even possibly a Surface in the near future. 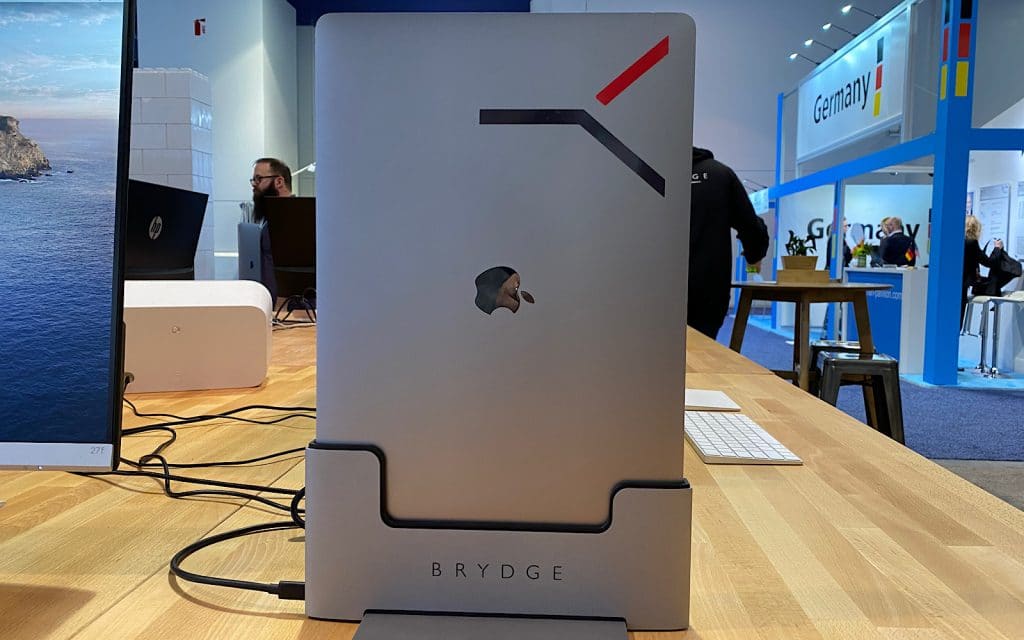 Accessory and peripheral maker Cygnett was showing off new gear at CES, and while the company has become known for battery packs, cases, and cables, the smart home was a bit play this year.

There’s still a big push on the big battery packs, and with 27,000mAh the maximum you can take on a flight, you can expect large battery packs with soft exteriors are a part of the package. There’s even a wireless charge pack with a stand built in, so you can stand a phone up and keep it charged, perhaps ideal for a flight. 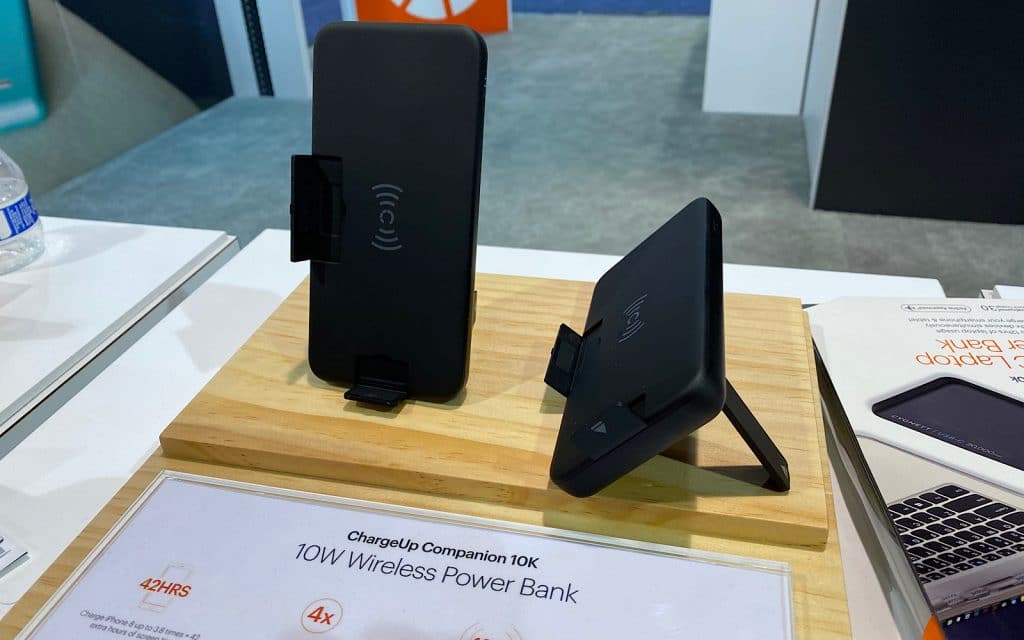 While Cygnett didn’t talk about Gallium Nitride (GaN) the way Belkin was pushing it, the Melbourne-based brand did tell Pickr about its efforts to connect the smart home, with smart light bulbs and smart plugs, the latter of which includes power monitoring.

Of particular note was support not just for the main staples of Amazon Alexa and Google Assistant, but also Apple HomeKit, meaning Siri integration, handy not just for iPhone owners, but also for folks who have a HomePod.

Cygnett is also filling in part of the void left by the departure of Belkin’s WeMo smart home brand in Australia, offering a motion sensor and control button for your own smart home needs, allowing you to switch lights on and complete other parts of your home automation by adding extra bits to the flow. 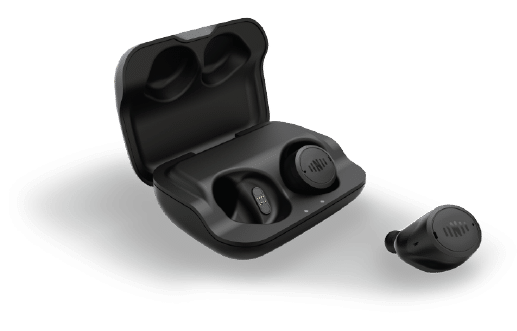 One of Australia’s unique players in the audio market, Nuheara was showing off a new take on its advanced truly wireless earphones, which tend to rely on neat microphones for some really unusual technology.

The original IQbuds were developed to let you use the microphones and hear more around you, even letting you hone in on what was happening around you, kind of like an advanced ambient listening mode, all while providing some semblance of cancellation.

This year, Nuheara’s IQbuds 2 Max uses active noise cancellation alongside ear calibration and a medical-grad hearing test to provide what the company calls a hybrid noise cancellation, working with the microphones to process sounds in and outside the ear.

There’s also a fairly sizeable 9.2mm driver and support for an app on iOS and Android, plus water and sweat resistance, in what looks to be one of the first Australian-designed earphones for the year. 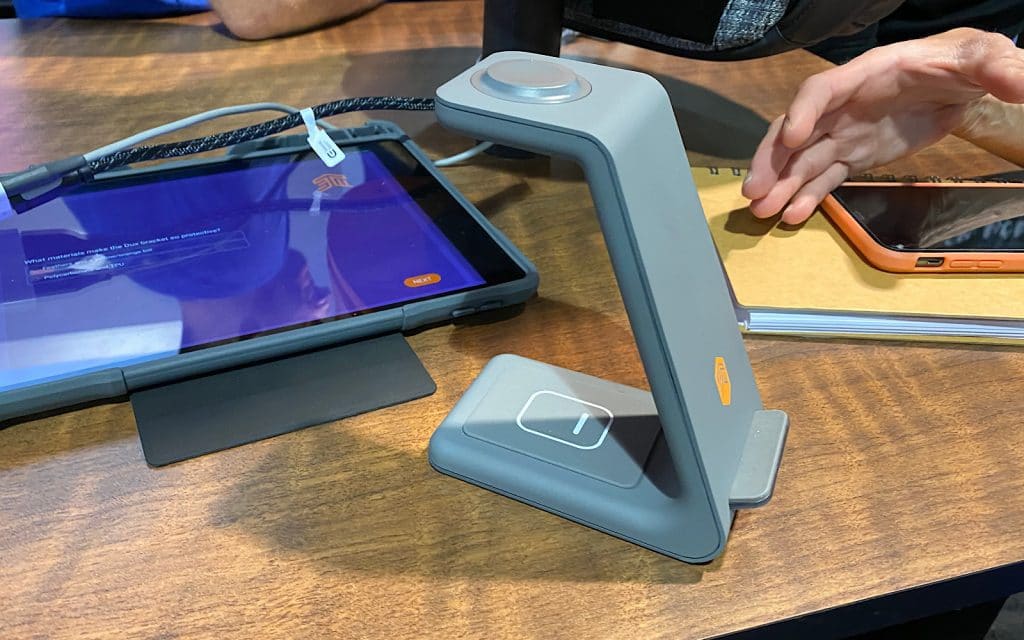 Backpacks, messenger bags, and cases are what Sydney-based STM has been known for in the past, but this year, the company looks into a little bit of hardware.

We’ve already played with some woven-thread cables that felt strong, but STM’s other play for Australia is a unique little charging dock for the iPhone, Apple Watch, and AirPods.

The accessory looks rather a lot like a headphone holder, but instead holds up a wireless charger for the iPhone, and includes both watch and AirPods charging in the one design.

This will join the regular assortment of bag and case goodness you can expect from STM Goods, which should see availability later in the year.