There’s more coming for creatives across the world, as Adobe’s Master Collection learns a new trick or two. Or ten.

Even though 2020 has been a major kick in the pants for so many, we wouldn’t be surprised to learn that others have used this time to expand on what they know.

Whether you’ve used some of this time to learn a new skill or used it to upgrade what you have, 2020’s time at home could have seen you making changes to that skill set of yours in some form or another.

If you’re a creative, it might have been adding and bolstering to your skills, taking the time to expand on what you already have, be it music, movie-making, design, graphics, or something else. There are plenty of apps out there to make creative works happen, and they all take time to learn.

But if you thought you’ve learned everything, you might want to think again, as Adobe unveils yet more stuff coming for its suite of apps, providing ways to change how you craft digital photo experiences, videos, and design the next generation of interfaces for the world over.

The changes come as Adobe’s yearly “Max” conference goes digital, like so many other conferences this year. This year sees big names grace the show, with Conan O’Brien, Wes Anderson, Zendaya, and Tyler the Creator just some of the names making an appearance, with the show running as a free event for folks around the world, something that may end up helping in the year that 2020 has been.

“We’re excited to introduce creative apps and services built to fuel continued growth for creative professionals, while also outfitting novices who want simple tools that bring their ideas to life,” he said.

Those ideas include changes to favourite apps Photoshop, Lightroom, and Premiere Pro, while the company also talks up free tutorials for its products on its platform, too, providing a way for users both experienced and amateur to learn something new.

But what’s new that’s coming? Well, that’ll depend entirely on the app in question.

Photographers with Photoshop and Lightroom

First up, there’s what’s coming for photographers, as folks who live and breathe Photoshop and/or Lightroom will see a change or two.

Lightroom is first, with colour grading now supported across the ecosystem to offer more colour tweaking as you use Lightroom for mobile and for the computer, while performance is enhanced on the desktop side of things with Lightroom Classic. 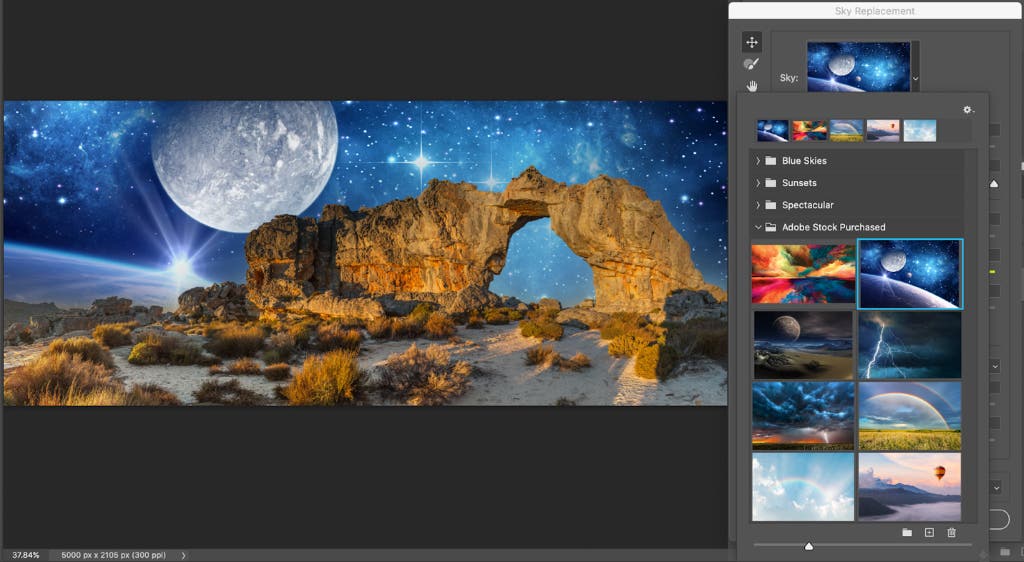 Photoshop gains a little more functionality overall, adding an AI-based “Sky Replacement” technology to help creatives break out images from the sky they have, while the addition of Neural Filters delivers custom filters that seemingly have almost borrowed from the image filters used in Photoshop Camera, but applied to a desktop. Think of this as colours and image stylisation that you can apply to other images, transferring styles and approaches to colours inside the desktop app.

Adobe is also adding a “Smart Portrait” to Photoshop, too, that looks to impress by allowing you to not just make a portrait, but change it substantially. Snap a picture and run it through the beta of Smart Portrait to let you change the direction and angle of light, to change where the eyes and hair point, to change the thickness, to make someone look younger, and so on.

Smart Portrait may well deal with a photo operator’s need to work for hours on a photo to make someone look different, and save some time, while also giving enthusiast Photoshoppers the ability to make something extraordinary without necessarily upping their skill set.

Finally, there’s a change to how selections are made, with an “Intelligent Refine Edge” mode for object selection, which uses AI to pick up on hair and objects. The introduction of “Refine Hair” mans selection for hair is a little more controlled, while the “Object Aware Refine Mode” can pick up on objects with even similarly coloured backgrounds, allowing for some much needed separation to other layers.

There are other features, such as version history for documents saved to the cloud, more collaboration support across Dropbox and Monday’s management service plugins (among others), plus more shape control, making the Photoshop updates fairly full-featured overall.

Filmmakers with After Effects and Premiere Pro

Let’s start with the post-work, because effects can be a big burden on a production, and that starts in Adobe After Effects.

One of the big new features in 2020 is “Roto Brush 2” for After Effects, which uses Adobe’s AI feature “Sensei” to automatically track objects frame by frame, and add effects. The design space has also been improved, and means animators and artists can work in a 3D space with improvements to cameras and transform gizmos to better make and control video effects.

Once you’re done with the animation and effects, Adobe’s changed to its video tools are still Sensei based, but may not improve your editing per se, but that may improve speed and output.

New to the Premiere Pro package is support for hardware decoding over AMD and Nvidia graphics chips, plus support for ProRes RAW video codecs over Windows, too. There are also over 6000 free stock videos on Adobe for folks to use, and there are changes to the export, with Adobe’s Sensei AI being used to automatically caption video, making it handy for release on the web.

Adobe’s Premiere Rush app on iPad and Android also gains some improvements, not only supporting motion effects across all its platforms, but gaining royalty free music and graphics overlays, too.

Designers with Illustrator and XD

Designers also get something new, as well, with Adobe’s XD interface and web design program adopting a 3D transform feature to allow the next generation of designs to include 3D elements such as depth and perspective. It might seem basic, but rather than adding an extra layer of shadow to simulate depth, designer can do that much faster using 3D transforms in Adobe XD.

Illustrator also gains more functionality, too, with a way of recolouring artwork to shift the colour of designs with a click, making a design stand out a little differently.

When will the new features roll out

If some of these features sound like just the sort of thing you’re keen to sink your teeth into, the good news is you won’t have to wait long, provided you’re a subscriber.

With Adobe Max 2020 kicking off now, the feature additions are also rolling out for Creative Cloud subscribers alongside, with apps updating in October 2020.

Alongside these apps will be an update to Adobe Aero, the company’s augmented reality application, which is also coming in a public beta to the desktop alongside its mobile version for iOS, allowing folks with Windows and Mac to build AR experiences with a little more power.

While Aero will require a signup for the desktop beta, the rest should be rolling live right now with updates in the Creative Cloud app for current users, and be a part of new installs for new users. 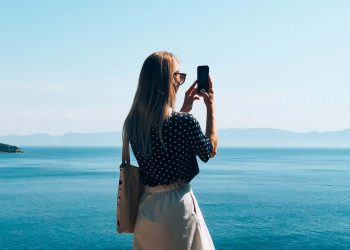