The force may well be with cinema-goers from December 20 onwards, but if you want to show it on your wrist, you may want an Apple Watch.

There’s a new Star Wars movie out in the next two weeks, and if you’ve been looking for a way to show your Star Wars pride and not look a little off kilter wearing the Wookie hat and wig the entire time (though everyone would let you win), there might be another option.

If you have an Apple Watch in your life, an accessory maker has revealed Apple Watch bands that comes together with an app to add a little dash of Star Wars to your Apple Watch.

The bands are UV and sweat-resistant silicone decked with Star Wars insignia, offering a Stormtrooper white, a Rebel Alliance off white, a dark side black, and an orange and white arm band if you’re the sort that likes to sit in an X-Wing or Y-Wing and take on the Deathstar. 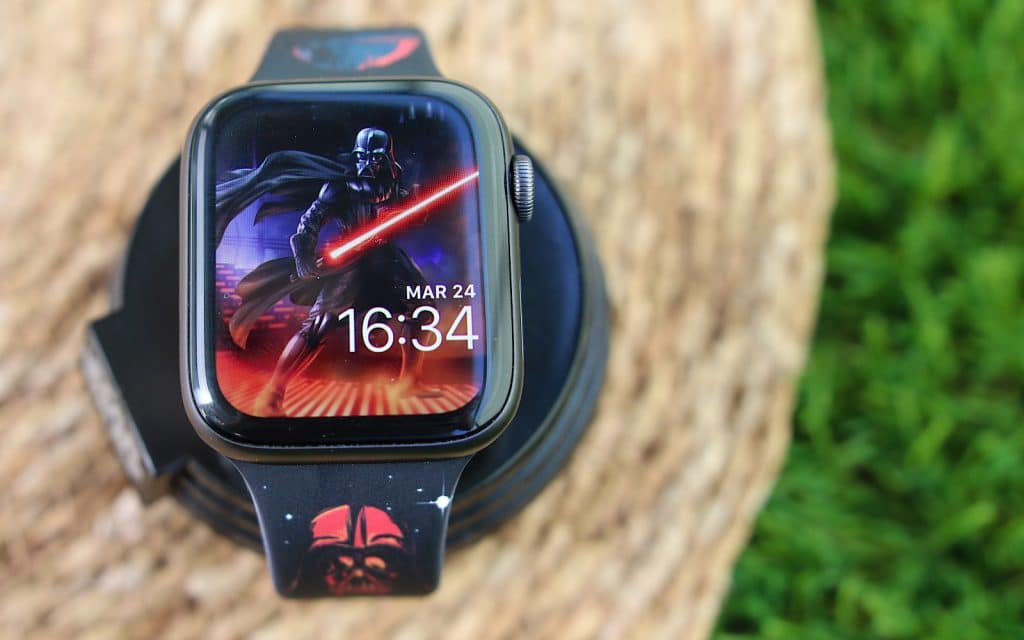 Once equipped, you’ll get a code in the package that unlocks 26 Star Wars watch faces for the Apple Watch inside the MobyFace app (the company that makes it), though there are more to buy if those 26 don’t suit. In fact, MobyFace told Pickr there are five collections of Star Wars faces to choose from, though the rest are available as an in-app purchase.

You can, of course, skip the Star Wars Apple Watch band and just go straight for the watch face, as the app is free to download, but the faces may need to be purchased. Once grabbed, you’ll have a choice between static and animated watch faces, with the likes of an X-Wing, lightspeed, Yoda, Vader, and others on your wrist.

MobyFox’s Star Wars Apple Watch bands are available for both Apple Watch sizes, and can be found in select retailers across Australia for a recommended retail price of $69.95. 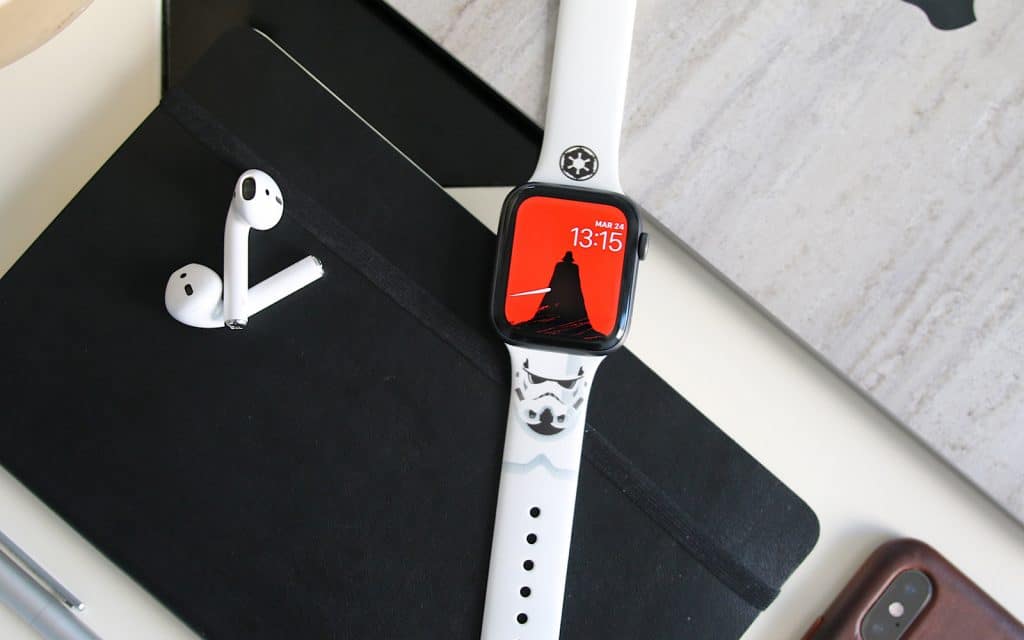