Sci-fi ramps up for the next year or two

There’s no new Star Wars trailer yet, but there’s plenty of stuff to get excited about, as San Diego Comic-Con kicks off revealing plenty of things to look forward to.

Even though Pickr is largely gadgets, technology, reviews, science, and appliances, we’re always up for entertainment that grabs us. Superheroes and science fiction rate up there, not just because they’re fun and exciting, but because technology pulls from the fiction based inside of them.

We reach to the stars not because of Star Trek and Star Wars, but the ideas that sit inside these fictions can help inspire where we’re going and the sort of ideas we try to make. The replicator in Star Trek? We’re building food printers, and while the holodeck is a long way off, there’s virtual reality to help stave the time. And hey, there’s that whole universal translator thing, which we’re getting to thanks to technologies like Google Translate.

It’s not just about the tech angle, but also the entertainment side of things, because like video games, movies and TV shows are fun, and these days better than ever. Production values are even higher than they once were, the acting is on a whole better, and thanks to services like Netflix, Stan, and Amazon Prime Video, we can indulge and binge all at once.

And this year, we’re getting a preview of all the awesome things coming in the next year or two, some of which look truly fantastic. Here’s a taste of what’s on the way.

We’re probably a little more excited for this than anything else we’ve seen this year, and it’s not just because we’re old school Star Trek fans, but because it’s a series that looks to keep the timelines of the old shows intact.

There’s been a bit of a question mark over that whole thing since the reboot of the new movies and the recent show Discovery, but it’s nice to see that fans of Patrick Stewart’s Captain Jean Luc Picard will retain their timeline, complete with a guest from at least one other Star Trek show, as well.

Picard isn’t arriving until next year, so this trailer will have to tide us over for the moment, but there’s definitely enough to give Pickr’s writers goosebumps.

It’s not just Star Trek excitement for us. There’s also a look at what Disney and Marvel are putting together over the next two years.

Even though a giant chapter of the Marvel Cinematic Universe has closed with The Avengers: Endgame, there are plenty of movies and TV shows on the way.

First up is what’s coming in May 2020, with Black Widow, a feature film starring Scarlett Johansson in the Marvel part she owned in, joined by Stranger Things‘ David Harbour and Rachel Weiss.

Next up is a film based on The Eternals, with Richard Madden, Salma Hayek, and Angelina Jolie, among others, coming November the same year.

A few months later, there’s the movie debut of Marvel character Shang-Chi in Shang-Chi and the Legend of the Ten Rings scheduled for February 2021, while May 2021 will see the return of Benedict Cumberbatch in Doctor Strange in the Multiverse of Madness. And months later again, Chris Hemsworth, Tessa Thompson, and Natalie Portman will join Taika Waititi in a fourth Thor flick, with Thor: Love and Thunder arriving November 2021.

Plus there’s a new Blade film in the works, with Green Book’s Mahershala Ali taking the feature role when it arrives.

Marvel’s announcements aren’t just movies, either. With Disney owning the brand, you can expect quite a few series made for the upcoming Disney+ streaming service.

This includes The Falcon and The Winter Soldier coming in 2020, a Scarlett Witch and Vision show in WandaVision in 2021, the Thor universe character of Loki the same year, and a series with Jeremy Renner in Hawkeye around the same time.

We might be a little too excited for this Adult Swim series, but it’s one we can watch again and again, and much like The Simpsons, quote endlessly (**Little Bits**).

In fact, if you read enough of our TV reviews, you’ll regularly find shots of Rick and Morty used in the tests!

Season 4 is on the way for Rick and Morty, and there’s a clip for the show waiting to keep you interested and happy while Dan Harmon and Justin Roiland (plus the other great members of the crew) put the finishing touches on this fantastic little show about a boy, his family, and the crazy scientist grandpa.

We’ve been waiting for this one for a while, and while the trailer below should offer something to quell us, we are delighted the premiere is only a few months away in December.

A video game adaptation is on its way to Netflix, or at least one more.

This time it’s The Witcher, and it gets Man of Steel’s Henry Cavill as Gerald from the recent Witcher games, which will offer a fantasy world with more than enough sword fights, monsters, and the two of those married together to give Game of Thrones fans something else to watch. 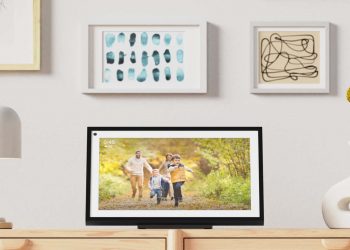 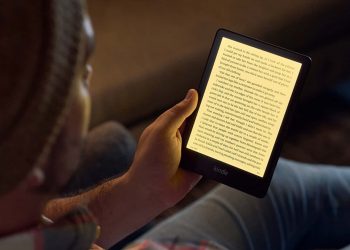