Samsung’s Tab S6 brings the PC to the tab

There aren’t many Android tablet models left, but one of the last models is making the transition to become more capable and more PC-like than ever.

In the tablet world, there are typically three types of portable computer offered: there’s the iOS/iPadOS of the iPad and iPad Pro, Windows 10 for Windows tablets, and Android for other models.

There’s not a lot else out there, and most of the focus is on the first two, with the iPad taking out much of the tablet world. And there’s little surprise as to why: the iPad is an excellent tablet.

With several models in the market, there are definite options out there, with the iPad Pro taking the top spot in terms of power. It offers a big screen, big power, a stylus, and a support for a wired keyboard, too. But there’s still movement in tablets outside of Apple, and if you’re looking for something like an iPad that focuses on the PC style of doing things, you might be interested in what Samsung is releasing.

There’s a new model of the long-running Galaxy Tab range coming in September, and this time much of the focus is on making it more about both productivity and creativity. Given its competitor is the iPad Pro, this should come as little surprise, so Samsung is trying to make its approach a little different.

First there’s what’s new in the Tab S6, as Samsung is focusing on the S-Pen and the desktop experience that is “DeX”.

Like the previous model, the Tab S4, the S-Pen will come with the Tab S6, though it looks different and does some new things. 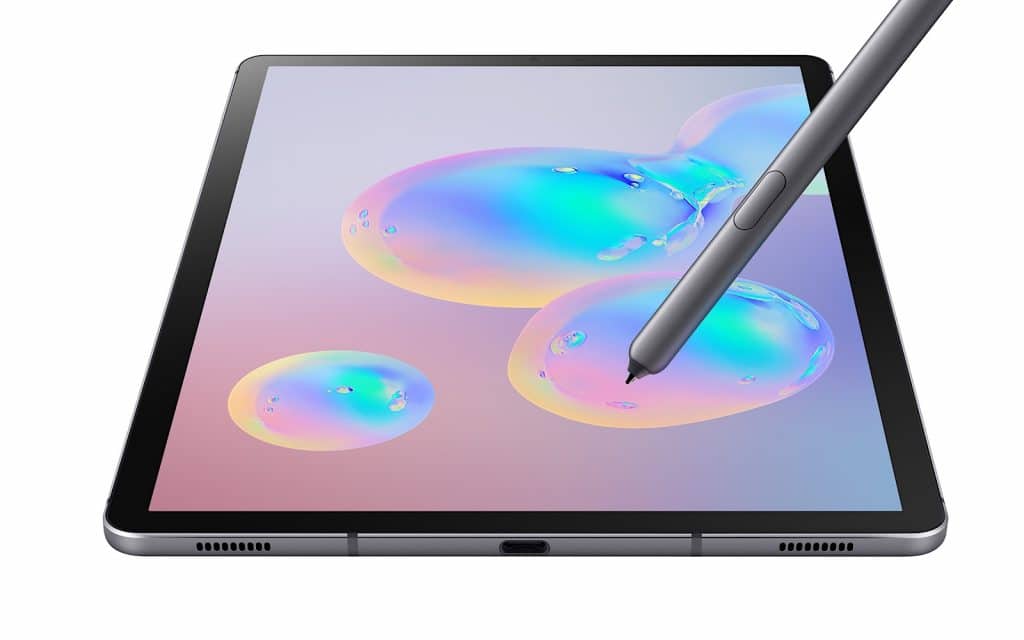 For one, it’s thinner and now mounts to the back of the Tab S6, with a special recess built into the back to hold the S-Pen magnetically and charge the pen. You don’t need to charge the S-Pen to use it on the screen, but if you want to do any of the extra features, it will need some power.

Those extra features are for actions, with gesture control built into the S-Pen in a similar fashion as they were on the Galaxy Note 9. You can expect to control presentations or use the S-Pen to trigger the camera, with this acting like a remote.

Another new feature allows you to take notes while you do other things, such as watch videos. You can write on the screen with a transparent note pad, meaning you can multitask with the screen on the tablet.

Samsung is also turning the S-Pen into a mouse for its DeX desktop layout, and that, too, gets a focus on the new tablet.

On the Galaxy Tab S6, Samsung DeX will be a little closer to what using a Windows PC would be like. While it doesn’t come with a keyboard case, Samsung will make a new Book Cover Keyboard case with its Pogo pin port to connect Surface-like a stand that can set the tablet at more angles, as well as function keys and a touch pad, the latter of which makes it look more like a laptop.

Other features include a new processor, either 6 or 8GB RAM, either 128 or 256GB storage, an in-built fingerprint sensor, four speakers, WiFi, Bluetooth, GPS, and two cameras. In fact, the two cameras are similar to what’s in the Galaxy S10e with a wide angle and standard angle camera, but set instead to 13 megapixels and 5 megapixels.

Oh, and there’s one more thing: the Galaxy Tab S6 is really thin, sitting in a body measuring 5.7mm, marginally thicker than the Tab S5e at 5.5mm, and over a millimeter slimmer than last year’s 7.1mm Tab S4. 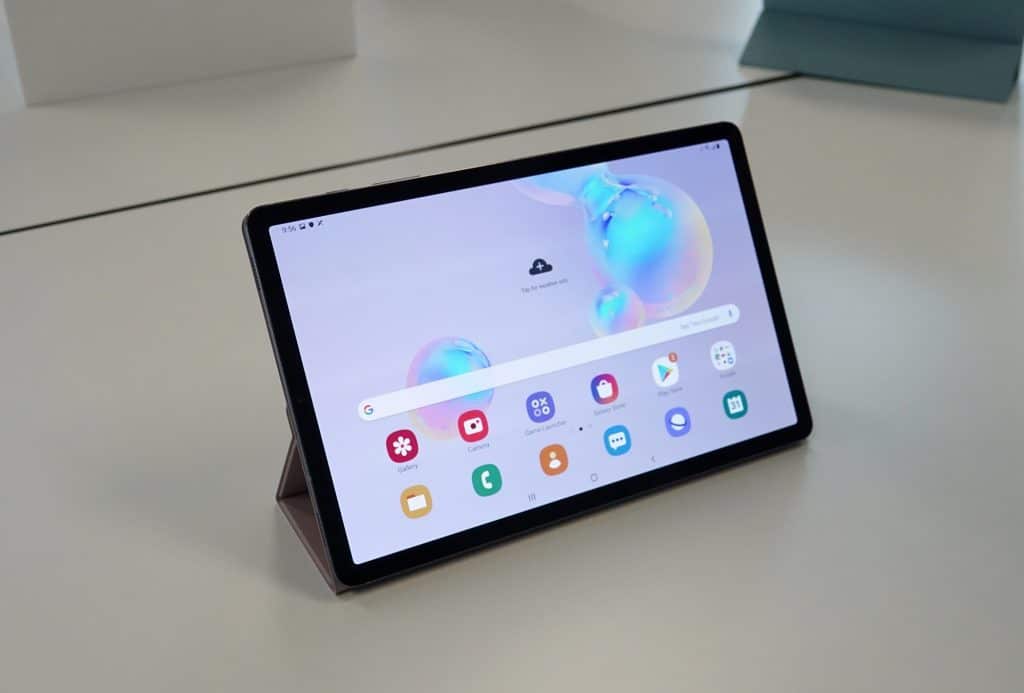 The Galaxy Tab S6 won’t be here until September, but we’ve spent a little bit of time with the tablet ahead of its launch.

In the latest version, the tablet is definitely thinner, something you can see when you hold a Tab S5e against the new tablet. We’re reviewing the S5e right now, so we just happened to have one for the briefing.

Even in pre-production, the Tab S6 felt snappy and looked great, with the screen delivering slimmer bezels and a lovely style.

We’re not as sold on the keyboard, because even though it’s been redesigned, the keys didn’t have the traction we were hoping for, and the keyboard design felt almost as off as we had experienced in the Tab S4.

Its saving grace might be in that case design, which not only offers a firm multi-angle hinge stand, but also covers up the S-Pen on the back nicely.

However the case is optional, and won’t come with the Galaxy Tab S6.

In fact if you want the Galaxy Tab S6, you’ll find it available on September 13, with pre-orders open from August 27.

Samsung’s Keyboard Book Cover is priced at $199 and is optional, but the good news is that the Tab S6 will come with the S-Pen, at least saving you some money in one place. 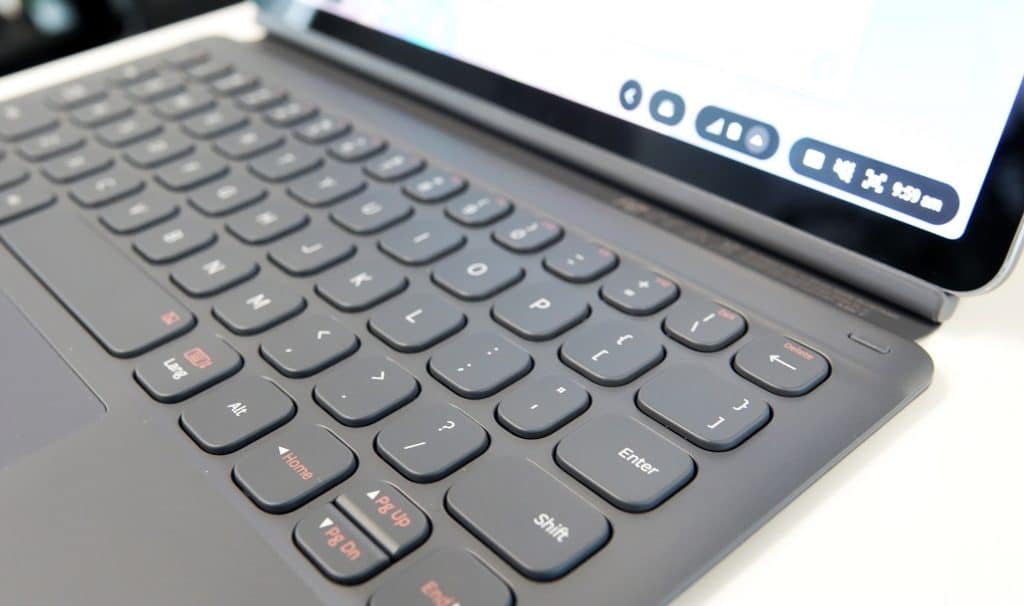 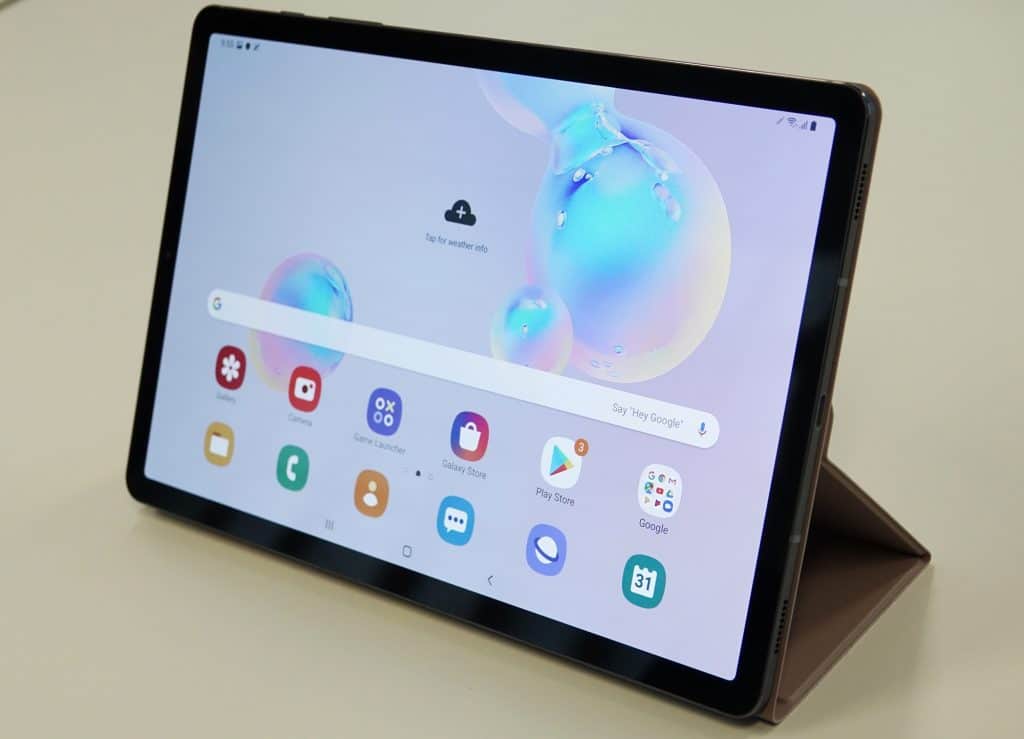