Samsung’s first foldable is out in Australia this week, and while the phone-tablet hybrid is one approach, it’s not the only one coming.

A little late but better than never, the foldable revolution has kicked off, as Samsung’s Galaxy Fold becomes the first foldable phone to see wide commercial availability in Australia.

You can find it at Telstra, at Optus, and at Vodafone, but don’t expect it to come cheap, with the unique take on how phones will likely look in the near future also making quite a bit of a dent on your wallet, hitting stores for $2999. That’s one of the most expensive phones we’ve ever seen, though it does come with a display that can fold, which is where the name comes from.

Samsung’s take on foldable technology extends from its research in curved screens, something we’ve seen on phones for quite some time now, and that started with the Galaxy Edge range of devices. These days, there’s little to no distinction between what classes as an “edge” product and a regular Samsung flagship phone, what with the curved screen found on Galaxy S8, S9, S10, and the Note models since during that time. But while the curved screen is normal for Samsung, the foldable screen is not.

But from this week, the foldable screen can at least be found on one product, albeit one of the most expensive in the range, and it’s not the only one coming.

At the 2019 Samsung Developer Conference this week, the company gave a hint for something else that’s coming: a foldable phone that will work similar to a clamshell phone.

Attendees of #SDC19 got a sneak peek at a brand new form factor Samsung is exploring for the foldable category of devices. #SamsungEvent pic.twitter.com/rGtpvNj0SJ

You’ve probably not seen one for quite some time, but think along the lines of a Motorola RAZR or something else like it, with the current design of an elongated touchscreen phone that can fold shut thanks to a foldable screen.

While the preview video shown on Twitter doesn’t give much away, it does hint that Samsung is working on a foldable that offers the long current approach of a touchscreen — complete with a screen design similar to what’s offered in the Galaxy Note 10+ — with a set of hinges that allow the screen too fold into a smaller design, essentially becoming pocketable.

It’s not the first time we’ve heard this approach get mentioned, and Motorola hinted at such an idea earlier in the year with the idea of a reinvention of the Motorola RAZR that could do something similar. However Samsung’s take is a little closer to being real, partially because it’s a video approved by Samsung and not just an image purportedly from Motorola).

There’s little else known about this image, and right now, the whole thing comes off as a concept, but we’ll let you know if Samsung releases more on this cool little idea as and when it does. 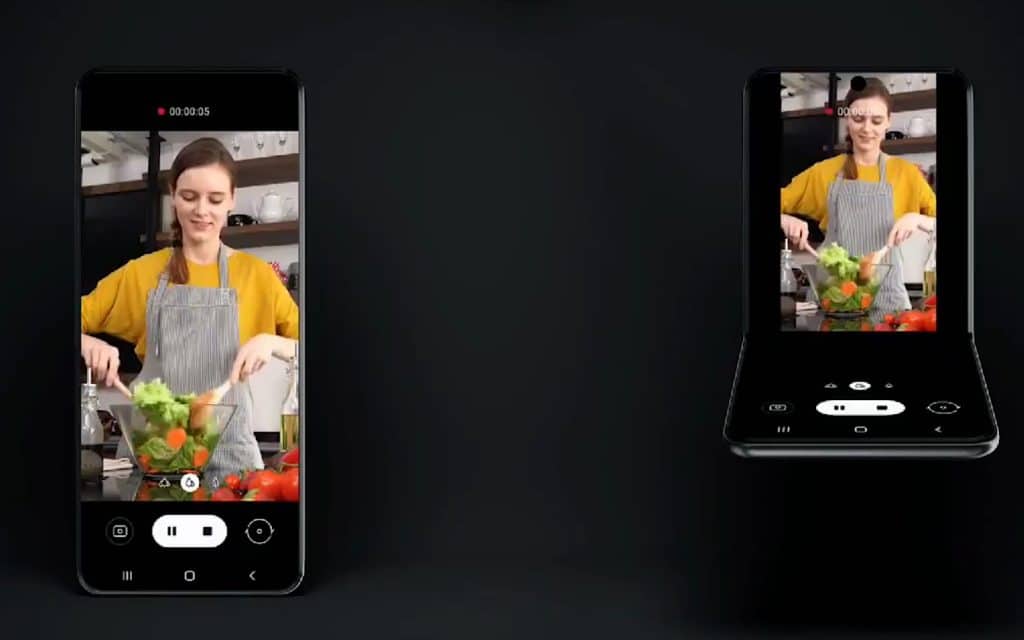