Oppo may well be known for mid-range phones, but its push into high-end may deliver something that properly competes with the likes of Samsung and Apple in 2020.

You won’t find a lot of “new product” news at the end of the year, because it’s the end of the year. With CES set to showcase most of what constitutes new gear in the first few days of the new year, news of new products is beginning to dry up, and focus more on upcoming announcements.

This week, Oppo did just that, hinting about a new phone in the midst of it talking about a push into new areas for the company.

Over in China this week, Oppo held an innovation conference it called “Inno Day”, where the company showcased other areas it had been investigating. It seems Oppo won’t just be focused on phones in the coming years, with a lot of the money being used to push 5G beyond where it is now, and connect it with more aspects of people’s lives.

That includes smartwatches, wireless headphones, augmented reality headsets, and even 5G home routers, allowing that high speed mobile connection to come home, similar to what Optus is presently doing with its 5G broadband solution. It means you can probably expect the “Oppo” name on more than merely phones from next year, though phones will likely play a big part.

In fact, a flagship phone will be one of those key parts, with the company confirming that its next “Find” flagship will be unveiled in the first few months of the new year as the Find X2. The last Find X flagship saw release last year, and features an all-view screen with cameras that moved into place at the front and back.

Oppo isn’t talking exact specs for its second-generation Find X phone, but it has said the new Snapdragon 865 will be included, with support for 5G included, and likely some new impressive camera tech, as well. Oppo has reportedly been working on ways to hide the selfie camera inside the front of the phone, and its hybrid zoom technologies first made an appearance this year in the Reno 5G.

“With the Find X2, we wanted to push the boundaries of what’s possible with a smartphone,” said Michael Tran, Managing Director for Oppo Australia.

“We know that more and more consumers are using their devices to play games or consume content on the go,” he said. “We feel confident that the Find X2 will provide them with the most immersive experience possible to do so.”

While Oppo hasn’t specifically said when the Find X2 will be released in Australia, we’re expecting the announcement to be at Mobile World Congress in Spain in the back half of February 2020. From there, it’s likely only a month or two before Oppo releases it locally, and we’ll have more information for you from the conference in Spain when likely happens. 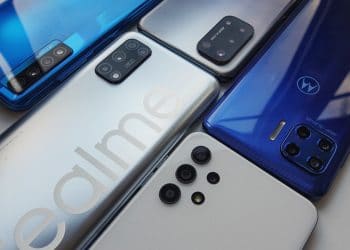