If you want an iPad with keyboard support, you don’t need to turn to the more expensive iPad Air or iPad Pro this year, because the iPad for everyone gets Smart Keyboard support.

The iPad 9.7 for everyone is undergoing a bit of a change. Last year’s tablet — which we rated as an iPad for everyone — is seeing a bit of a refresh this week, alongside all that delicious iPhone news that will no doubt occupy most of the day, and probably much of the week.

While we’ve seen a 9.7 inch tablet for the past few years, the standard iPad is seeing a size increase with the latest edition, jumping from a 9.7 inch iPad in generations one through six, and now landing in a 10.2 inch at generation seven.

That makes the new iPad even bigger, though it’s more than just a bigger iPad.

Granted, the iPad 10.2 will take the same chip as its 9.7 inch sibling, so you’re not likely to see any major speed improvements. It’s the same Apple A10 Fusion chip from before.

What’s new is in the area of connectivity, with the iPad 7th gen sporting a Smart Connector, making it work with apple’s Smart Keyboard.

Much like the iPad Air, the standard iPad now supports both the physical keyboard that also acts as a cover, and the Apple Pencil, providing support for typing in a tablet that offers something slim and light for students, families, workers, and anyone who just wants that combination in their life.

At $529, it’s a small price hike from the iPad 9.7 for everyone, but it’s one that will work with a physical keyboard, a feature you previously had to spend at least $779 for the privilege for before, found in the iPad Air.

However the iPad Air is where the obvious similiarties are drawn, and there are some differences to note.

That $250 difference may make the difference for quite a few people, though, and means the standard iPad gains more capabilities for folks planning to write, while retaining the Apple Pencil support.

Now, the only iPad that doesn’t have the Smart Keyboard Connector is the iPad Mini, which Apple would probably argue is too small for one anyway.

You’ll find the iPad 7th gen in stores from September 30, while the Apple website and app sees orders now, though shipping might not be for another few weeks. Prices for the new iPad 10.2 start at $529 for the 32GB WiFi model, while 32GB WiFi and 4G will start at $729. 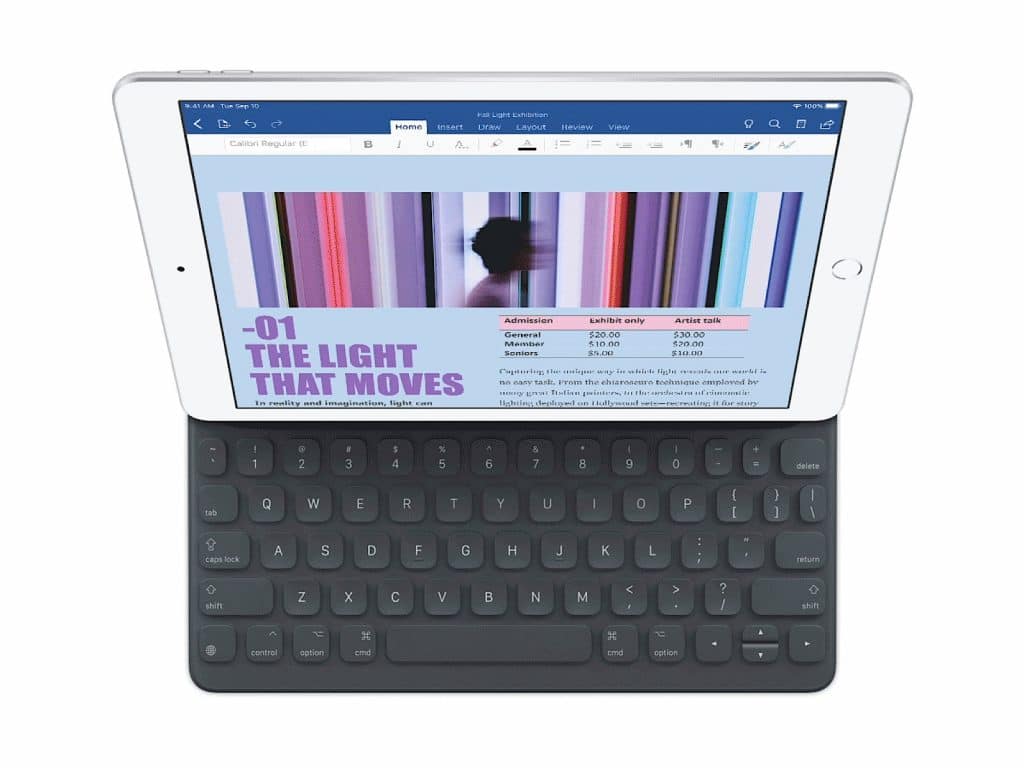