Halfway through the year, LG has a flagship, but it’s 5G. If you don’t care about the whole 5G side of things, LG has something else on the way.

When it comes to flagship phones, you can find quite a few recent releases from this year.

Samsung has a few models in its Galaxy range, Huawei has one, and LG has recently launched a 5G flagship phone. But if you don’t care about the whole 5G world, what then?

If you want to stay with LG, there’s a 4G model on the way that brings together aspects of the LG V50 5G phone, but without the high-speed 5G connection and the support for the dual-screen accessory the V50 arrives with locally.

A little bit different again, the LG G8S offers a 6.2 inch screen compared to the 6.4 inch of the V50 with a slight drop in resolution and in camera technology, but yet offers similar features otherwise.

However it does aim to offer something else no phone really has right now: a form of security that analyses the veins in your palm and uses that to unlock the phone.

That’s not the only form of security LG delivers in the G8S, with face unlock and rear fingerprint supported, as well, taking advantage of a Time of Flight camera to measure depth and map the palm to unlock the phone with Hand ID.

It’s not the only way LG is using that special camera, though. There’s also support for hands-free control of the phone with a feature LG calls “Air Motion” that allows you to take calls, grab screenshots, control the volume, and jump between applications by waving your hands about and using gestures.

“Our innovative approach to the modern smartphone offers users a range of security options that suit their varying needs,” said Angus Jones, General Manager for Marketing at LG in Australia.

“Whether it’s Hand ID for busy families, Air Motion for controlling select features without touching the phone, or Face Recognition, there are multiple options,” he said.

While LG’s G8S appears similar to the V50, one thing you won’t get is support for the dual screen accessory, even if other aspects of the phone are close to identical.

That said, it’s also less expensive, retailing for $1200 outright and available on Telstra plans, a well. You’ll find it in Telstra stores this week. 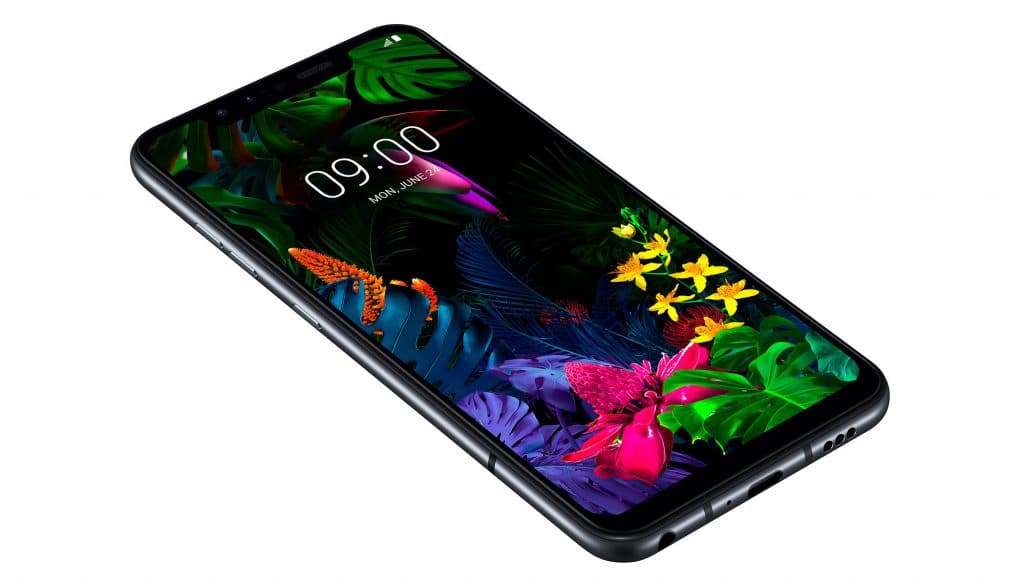