You can talk to your phone, your speaker, and your computer, and that’s great for controlling Spotify with your words, but what about a practical use: what about something that returns independence to people who might not be as tech savvy?

Voice control is one of those things that many of us have embraced, but not necessarily for a lot of real-world uses. It’s great when you want to tell Google or Alexa (or yes, even Siri on the HomePod) to turn off the lights in the home because you can’t reach for the phone, and if you don’t like the song you’re hearing, they can skip that, too.

But using a voice assistant to change someone’s life, and using one to bring that hint of independence, that’s not something we often hear about. Especially when it’s about the elderly, and probably because the idea of elderly technology almost always leads you down a path of older style dumbphones or pre-programmed simple phones, or devices made to fill a gap but aren’t necessarily future-proofed.

It can seem like we don’t think about how technology can best serve seniors, but it can. Just like it benefits all of us, it can absolutely help the elderly, and that’s something Google and Feros Care have been experimenting in.

This week, the company announced an Australian-first, with a concept rolling out to help seniors manage their lives using voice-connected technology.

The idea is an extension of something Feros Care, an in-home support company for seniors, has been working with, originally developing an online portable to allow its customers to track care and appointment details using an online service, allowing them to get the information they want at their fingertips without having the phone someone up for support.

“Despite being an older demographic, we’ve had 40 clients register for the portal in the past month and it’s growing by the day. We’ve also seen an almost 85 per cent reduction in phone calls to the contact centre from participants because they’re now getting their answers on the portal,” said Glenn Payne, Chief Information Officer for Feros Care.

“That said, a few months ago we visited one of our clients who is using MyFeros and saw that navigating the portal on his tablet was frustrating him because he has Parkinson’s,” he said.

“We walked away realising we hadn’t been inclusive of his needs, let alone others with dexterity or sight issues.” 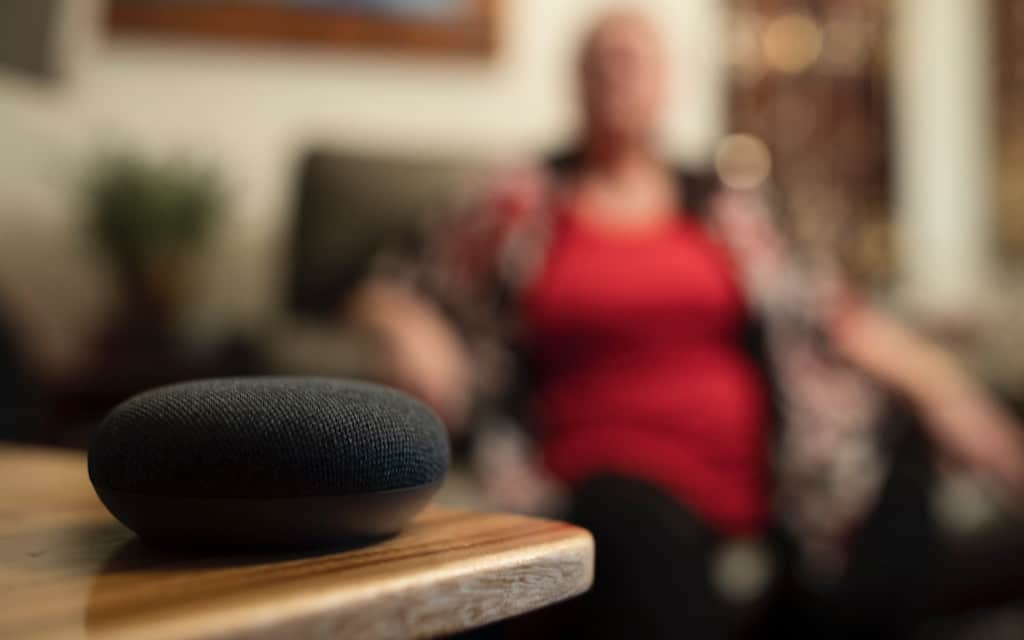 To help solve this issue, the company turned to Google Assistant, integrating the technology so that its customers could say “Hey Google, ask Feros Care” to check the appointments that were listed, if careers would be coming, and whether they had any messages.

Still in its initial stages, the Google Assistant integration can reschedule appointments by coordinating with contact centre staff, though Feros Care has plans to connect it with artificial intelligence, allowing the system to change things by itself.

“We needed a way to cater for all our clients, not just those who can use a computer, and voice-command technology enables us to do that,” said Payne.

“Working in aged care, we find it’s hard for people who have been independent their whole lives to suddenly rely on others to provide services for them,” he said. “We’re excited that MyFeros and our use of Google Assistant are giving them back control and we’re going to keep embracing any technology we identify that will help our clients.”