In the early morning hours of September 11 in Australia, Apple will be talking up what’s coming in the new iPhones.

If you were thinking “today is the day you should buy an iPhone”, or even had plans to buy a new iPhone in the next week or so, you might want to cancel them. Buying a new iPhone now probably isn’t the best idea, given Apple has an announcement coming, and it’s likely to be a new iPhone or three.

The date has been confirmed and just like it has previously used, September appears to be the time for a new iPhone, with 10AM of September 10 in California — which is 3AM in Sydney and Melbourne the following day — set for a new iPhone announcement.

Current rumours for the iPhone line-up include a triple camera array on the back of the new more flagship range, replacing the iPhone XS and iPhone XS Max, with rumours suggesting we could see the iPhone 11 Pro for these models, while the iPhone XR will likely get two cameras and become the iPhone 11.

Naming is still up in the air — Apple went to Roman numerals in the previous generation, but may go back to numbers this one, muddying the water a little — and so are features. We’ve heard about the cameras, and while we don’t anticipate much to change on the design side of things, we expect a few surprises, though 5G is not one of them. Apple may wait a little longer for the technology to improve before it includes 5G in its devices.

An iPhone announcement has typically arrived with a new Apple Watch in the past, so there’s also an expectation of one of those, plus we’re getting close to when you might want to expect a new iPad Pro, though given it has seen a launch in late October, expect to see that at a launch event later in the year, if it happens.

All up, you can expect quite a bit of Apple news in the early hours of September 11 in Australia, so stay tuned. 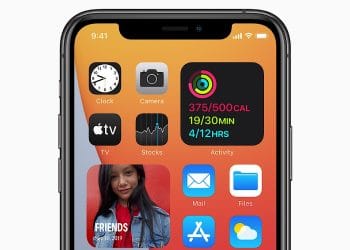