High-res music is seen as the next stage of portable music, but to take part, you need a special player just for it. Something new from Olympus will not only make playback possible, but something else, too.

It’s clear that audio technology has changed over the years, and you only need to glance at portable audio to see it. No longer is there the traditional “Walkman”, and we now rely solely on phones for our music. Our headphones are both wired and wireless, our batteries aren’t replaceable, and our music can be stored locally like an MP3 or streamed straight from the cloud.

But music isn’t necessarily the same for everyone, and while most people are happy to listen music in 16-bit CD quality, some people yearn for more.

For those folks, there’s high-resolution audio, offering 24-bit sounds with more than the 44.1kHz level of sound quality, though to hear it, you not only need a decent pair of headphones, but a media player that can handle the sound format and the sounds itself.

Olympus may have one solution for both of those things, though, announcing a new entry into its LS range of stereo microphones with the LS-P4, a device made for capturing audio in high-resolution that can now playback those files as well.

That means you can use the stereo microphone technology found in the top of the device to record the world in that high-res quality, but also other high-res files can be played through the device, too, meaning high-res music.

Inside the LS-P4, Olympus has provided microphone technology to help cancel out noise in specific environments, normalisation of audio so that the volume doesn’t go everywhere, and a fade-in/fade-out mechanism to cut those tracks quickly if need be.

Most interesting, though, is the support for Bluetooth, turning Olympus’ stereo recorder and media player into a proper media player, allowing you to go cordless if you prefer to be more modern with your media enjoyment.

About the only thing it’s missing is a phone, though that’s not what this is all about, and if you’re after something that not only plays high-res audio, but also records it alongside, Olympus may have what you’re after.

Availability of the Olympus LS-P4 should be within the next few weeks, with the Australian price coming in at $279. 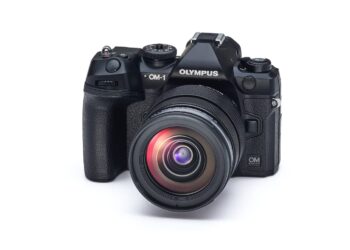 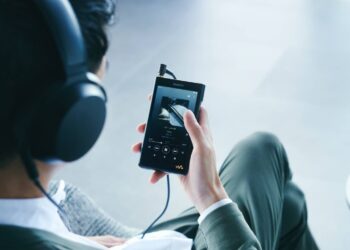