You may not be cruising the cryptocoin and Bitcoin boat, but if you are and you use Mac or Windows, watch out: malware is about.

There are no doubt winners and losers in the cryptocurrency game. While some have little problem sinking their life savings into an exchange that could get them rich or very poor, others are a little more cautious, and this week, they have even more reason to be.

Kaspersky Lab’s Global Research and Analysis Team has found something rather tricky targeting cryptocurrencies being exchanged in Asia, with a group of hackers able to distribute a form of malware that not only hit Windows users, but Mac owners as well.

According to Kaspersky, the attack comes from a group of hackers linked to North Korea, Lazarus, and the focus here is to steal cryptocurrency, a fairly lucrative yet volatile form of digital money that can be worth thousands individually, and is owned by whoever has the code specific to that digital dollar.

Kaspersky’s team found that the attackers were able to gain access to computers connected with a cryptocurrency exchange in Asia, taking financial information and making it possible to install other tools in the process.

The good news is that this doesn’t necessarily affect the general public, with this hack squarely focused on the financial sector cryptocoin exchanges.

The bad news, however, is that the attack shows that macOS is now more readily in the target of hackers, and while it’s possible Apple will patch its operating system to account for this quickly, it cites just how aggressive Mac hacking may well become. It used to be just Windows, but now, one more operating system is getting the focus.

“In this case, the Lazarus group targeted the financial sector,” said Suguru Ishimaru, a Security Researcher with Kaspersky Lab’s Global Research and Analysis Team based in Japan. “However, we believe that this group is able to attack other organisations if the targets work on [the] macOS platform.”

For now, you probably don’t have to worry, unless of course you’ve started trading in cryptocurrencies and you have no internet security platform.

But it does suggest security attacks could start to become more focused on operating systems outside the scope of Windows, which means if you don’t have security in your computer, you might want to think about getting it either for that or for your network very soon. 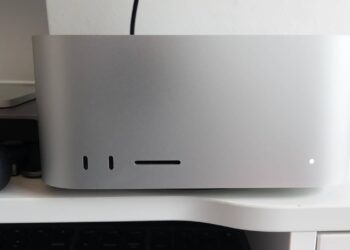