Netflix looks to your thumbs, not the stars to rate ‘flix

If you’re a Netflix subscriber, you may have noticed a chance over the past few days. No, there’s no new season of “The Expanse”, but rather a way of personalising your video curation.

Netflix has this week decided to shake things up, getting rid of the old system of star ratings and opting in for something a little easier for you to say whether you like what you’re watching or not.

Instead of rating with stars zero through five, Netflix will now ask you to thumbs up or thumbs down something, moving to a system practically endorsed by film critics for decades that anyone can understand.

For Netflix, the change makes a lot of sense, not just because it’s easier, but because it can tell the system what you’re enjoying and what you aren’t, and then have this change what’s offered to you from similar suggestions.

Movies and television shows will still be rated, but it won’t be from the star ratings contributed by yourself or other Netflix subscribers, with the rating now about a personalised “match score”. That means if you do watch “The Expanse”, there’s a good chance that you’ll find a high match score for other science fiction programmes on the streaming service, including “Star Trek” and “Doctor Who”.

And if you did happen to rate a bunch of movies, well have no fear, because Netflix says that data will still be used to suggest content, but that you’ll just be using the thumbs system from now.

“The more you teach us about your unique tastes, the better job we can do suggesting your next great binge-worthy show or that perfect title for movie night,” wrote Netflix’s Director of Product Innovation, Cameron Johnson, on a blog announcing the change in ratings system this week. 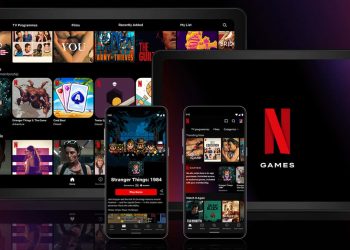