What made Kogan his name is doing it again, as the eTailer returns to what he’s known for: cheap TVs leaving you with money to spare.

One of the pain points of buying a new TV almost always comes from the price, and try as you might avoid it, much of the time it’s just that sticking point. Generally, the bigger TVs cost more than their smaller counterparts, and these days the moment you factor in the cost of a spiffy 4K Ultra HD panel, the cost rises again.

That means if you’re looking over the 65 inch mark, there’s a good chance you’re paying a relatively hefty sum for a new telly, an issue that would no doubt bring frustration to many.

However, not all manufacturers go for that, and the very thing that put Ruslan Kogan’s online store on the map is happening again, as Kogan builds a big screen for not too much cash.

“The Kogan 75 inch 4K LED TV is the most affordable TV of its size in the Australian market right now, available at a fraction of the cost of its closest competitors,” said Sergiy Bobrovnychyy, Product Manager for Kogan.

“The newest addition to the Kogan TV range is packed with the best features, but at a cost that’s more accessible and affordable for everyone,” he said.

From a feature list, Kogan has more or less made this television spot on like its other releases, with a Samsung 120Hz panel, support for HDMI 2.0 with four HDMI ports, and a personal video recorder (PVR) if you plug in a USB stick. One thing that it lacks is a smart TV operating system, something that can be replaced using a video game console, a Blu-ray player, or even a smart device like that of a Google Chomecast or an Apple TV.

Really, Kogan’s main focus here is on price, and given the next cheapest is around $5K, it’s easy to see how Kogan plans to attack the big boys on price.

It’s good to note that much of what makes a TV is more than just who supplies the panel — Samsung, LG, or someone else — but with a cost of $1999, the Kogan 75 inch 4K TV is a hard price to argue with.

You’ll find it online at Kogan for $1999 plus delivery for pre-sale, with delivery set for in late August. 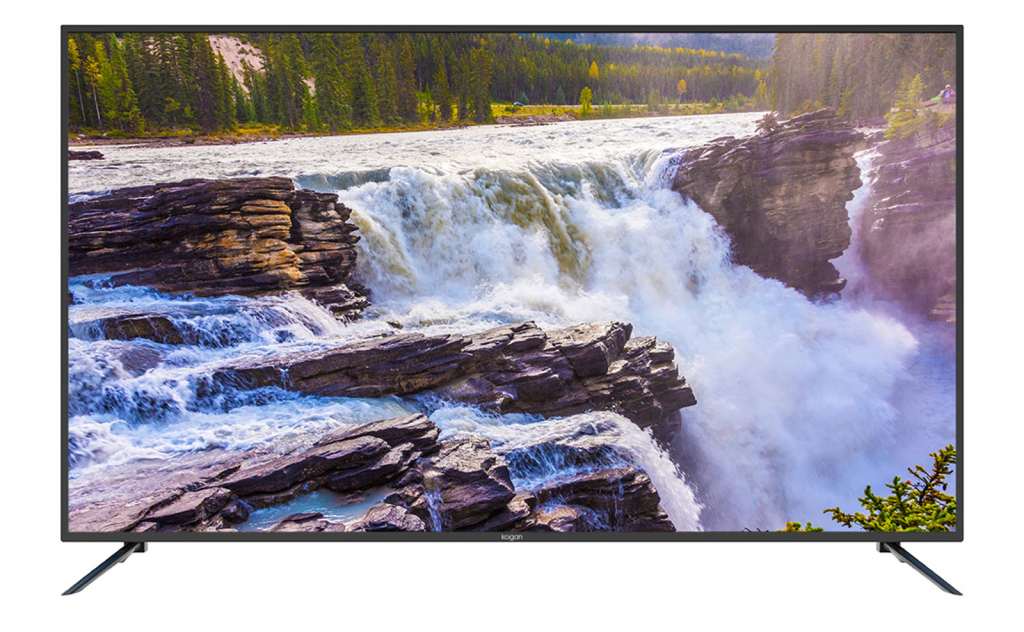