Like most phone makers, Huawei isn’t just tackling one category, with computers part of its ambitions. In the MateBook X Pro, Huawei’s idea of a computer delivers something slim and focused on Huawei phone owners. Will it work for owners of other mobiles, too?

Huawei’s ambitions to devices have pushed beyond phones, as the company dabbles in, well, more.

We started seeing it a few years ago with earphones and wearables, and back in 2018, we got to see Huawei’s attempts to understand laptops come to life in the MateBook range, including the MateBook X Pro. A thin and light that looked a whole lot like other 13 inch thin and light machines, Huawei brought its expertise over with a thin design complete with some remarkably slim bezels.

And back in 2018, the MateBook X Pro was a good machine, riding on the high of some of Huawei’s phones at the time.

That was two years ago. Can the 2020 edition of the machine retain the enthusiasm amidst what’s happening now with Google and Huawei, and does it even need to — is the 2020 Huawei MateBook X Pro good enough without needing a Huawei phone in your life? 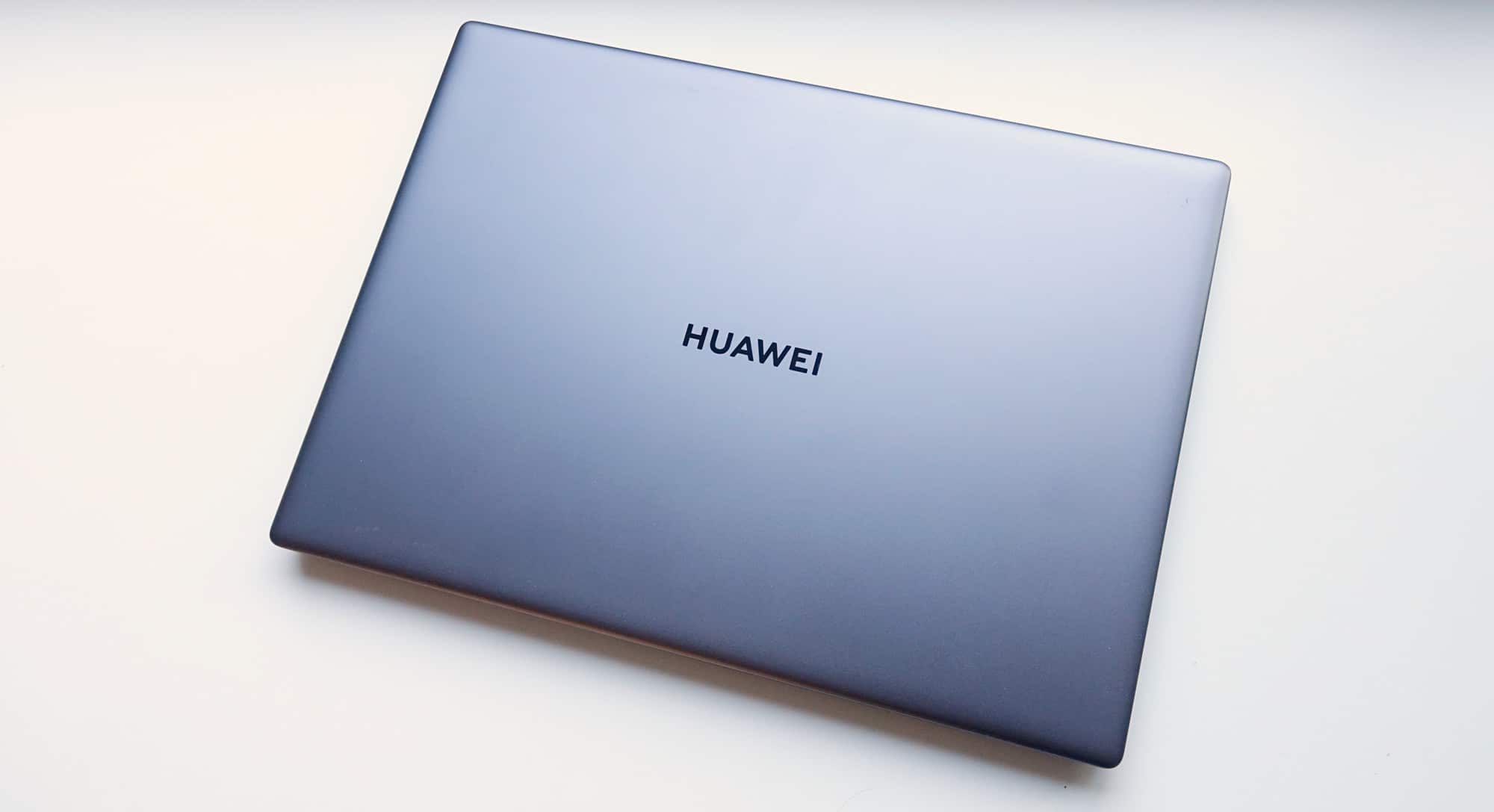 First things first, there’s design, and if you guessed that the MateBook X Pro was a slim and small metal laptop, you win this round, because that’s what it is.

Most 13 inch computers share some sort of a look, with a grey rectangle hiding a 13 inch screen and the hardware to run an operating system and apps underneath, and the MateBook X Pro is no different in this regard. It looks like a computer, and while it’s definitely slim, it doesn’t have a whole heap of personality: it’s a thin 13 inch computer.

There are some tricks lurking under the hood, and that includes the specs which certainly aren’t too shabby. You’ll find an Intel Core i7 10th gen chip lurking under the hood, paired with 16GB RAM for Windows 10, and we found 1TB of solid-state storage in our MateBook X Pro review unit, as well. And just in case you like a little more fancy from your graphics, there’s an Nvidia GeForce MX250 here, too. That’s a little bit of oomph, even if it’s not much more than the standard Intel schtick.

Huawei’s laptop is also loaded with two USB Type C ports set for charging from plus that whole data thing, plus a standard USB Type A port alongside the 3.5mm headset jack. 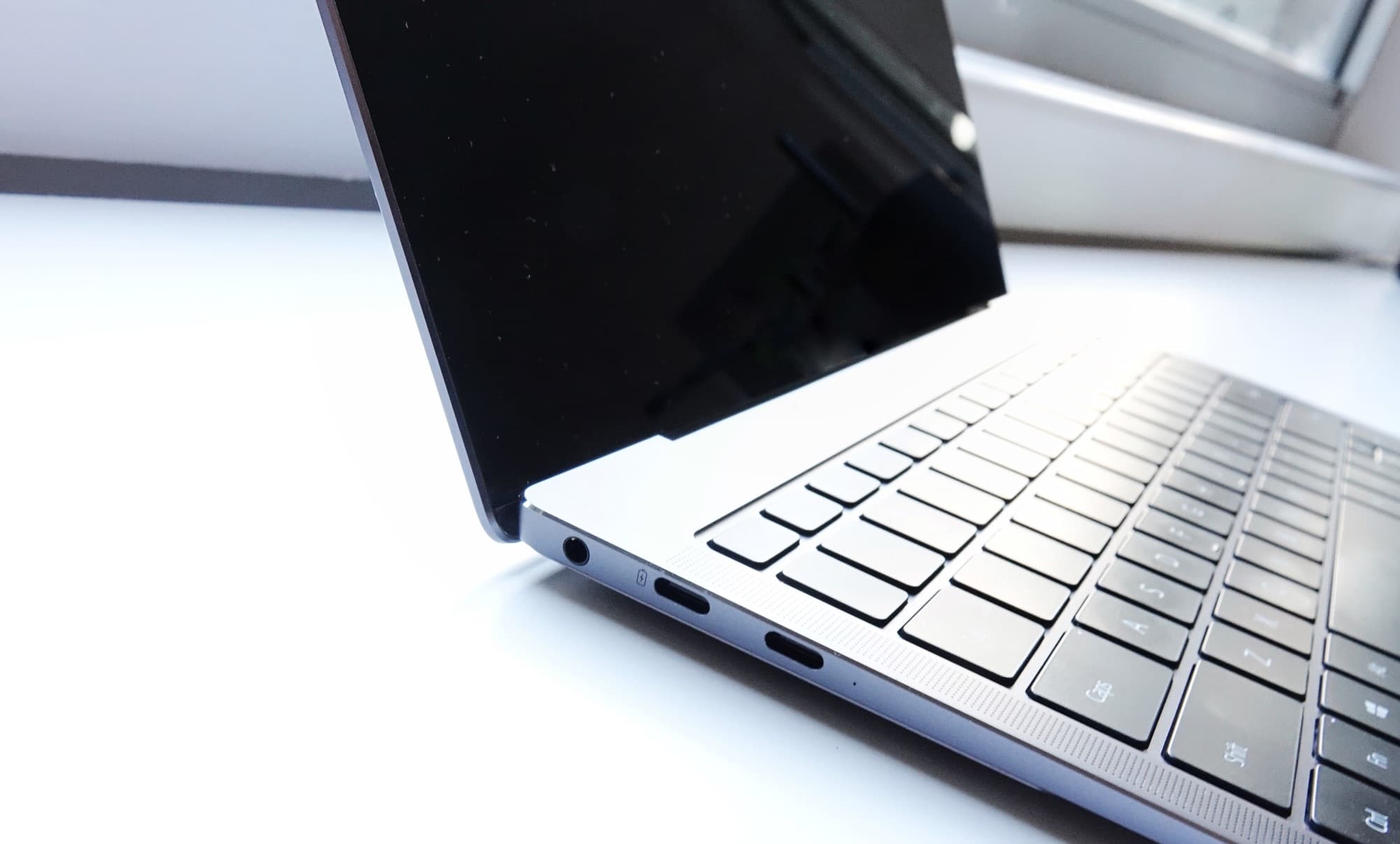 In short, it’s a modern laptop, made to be thin and light, and surprisingly capable, though Huawei has hidden something else. Under an extra key, you’ll find the camera, which is a pop-up camera much like the previous MateBook, rather than taking up a spot around the miraculously thin bezels being used on the display. There’s also a fingerprint button under the power button. 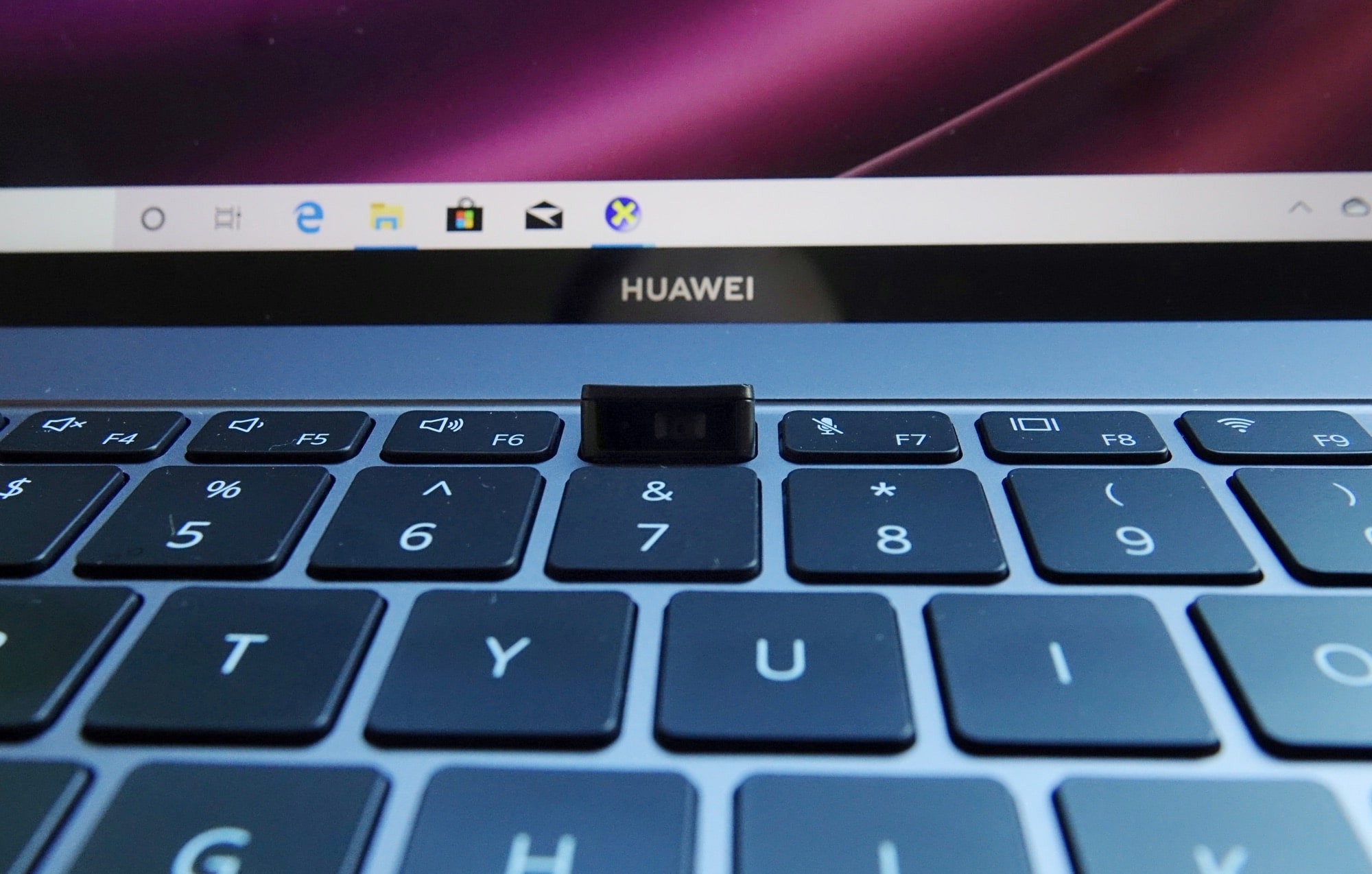 And even though Huawei’s MateBook X Pro doesn’t exactly exude sex appeal, the slim and svelte PC handles its own, for the most part.

Overall, the system is snappy and the screen’s larger 13.9 inch size fits into what appears to be a smaller 13 inch body, so you can thank Huawei for all the love these remarkably slim bezels deliver on.

We found Huawei’s machine offered a fairly clean version of Windows, save for some of the Huawei drivers already loaded in case you have one of the company’s phones in your life, and if you do, the app is a curious addition. Testing it, we found the Huawei app worked the first time best of all, but didn’t always connect the same way each time.

Sufficed to say, while your usage and luck may vary wildly compared to ours, if you do have a Huawei phone in your life, allowing the computer to connect with it isn’t such a dramatic difference from having other devices play nicely with their own brands.

We’re not sure we buy into the whole one company rhetoric, especially when Huawei could just as easily have made its app for other Android phones and not just its own, but if you love yourself a P30 Pro or one of the recent models that misses out on the Google Play Store, such as the Mate 30 Pro or the P40 Pro, we can certainly see why moving to a laptop made by the same brand would certainly work.

Which is what this computer does, delivering a productivity machine with little to no fuss in a style that’s slim and easy on the back, as well as the eyes. It even delivers a decent battery life, surviving for around 6 to 8 hours for much of what we tried, which is basically a full work day out of the office.

But we’d wish that computer to phone connection would extend beyond Huawei’s own devices, because these days, there’s a greater chance of finding someone buying a laptop to not have a Huawei phone, given just how much choice there is in the world.

It’s a similar problem Samsung has with Samsung Flow, which on Windows only plays nicely with Samsung phones avoiding everything else. Meanwhile, Dell seems to have worked out a bit of a compromise, with some software for its computers that plays with phones in general, because Dell doesn’t make phones.

That’s kind of what we want here — software that talks to all phones — because while the Huawei MateBook X Pro delivers a thin and light computer made by a company that gets phones, its connection to users is one that implies that you get its phones, which seems a bit of an overstep.

We’d also really like to see a slightly better keyboard, with the travel on this one feeling a touch too loose for our liking. It’ll do the job for most, but it’s not the comfiest keyboard we’ve felt, with plenty of other strong competitors out there.

The same goes for the performance, which is solid, but can sometimes lag, a bit of a surprise given the 16GB RAM and 10th-gen Core i7 we found ourselves using. 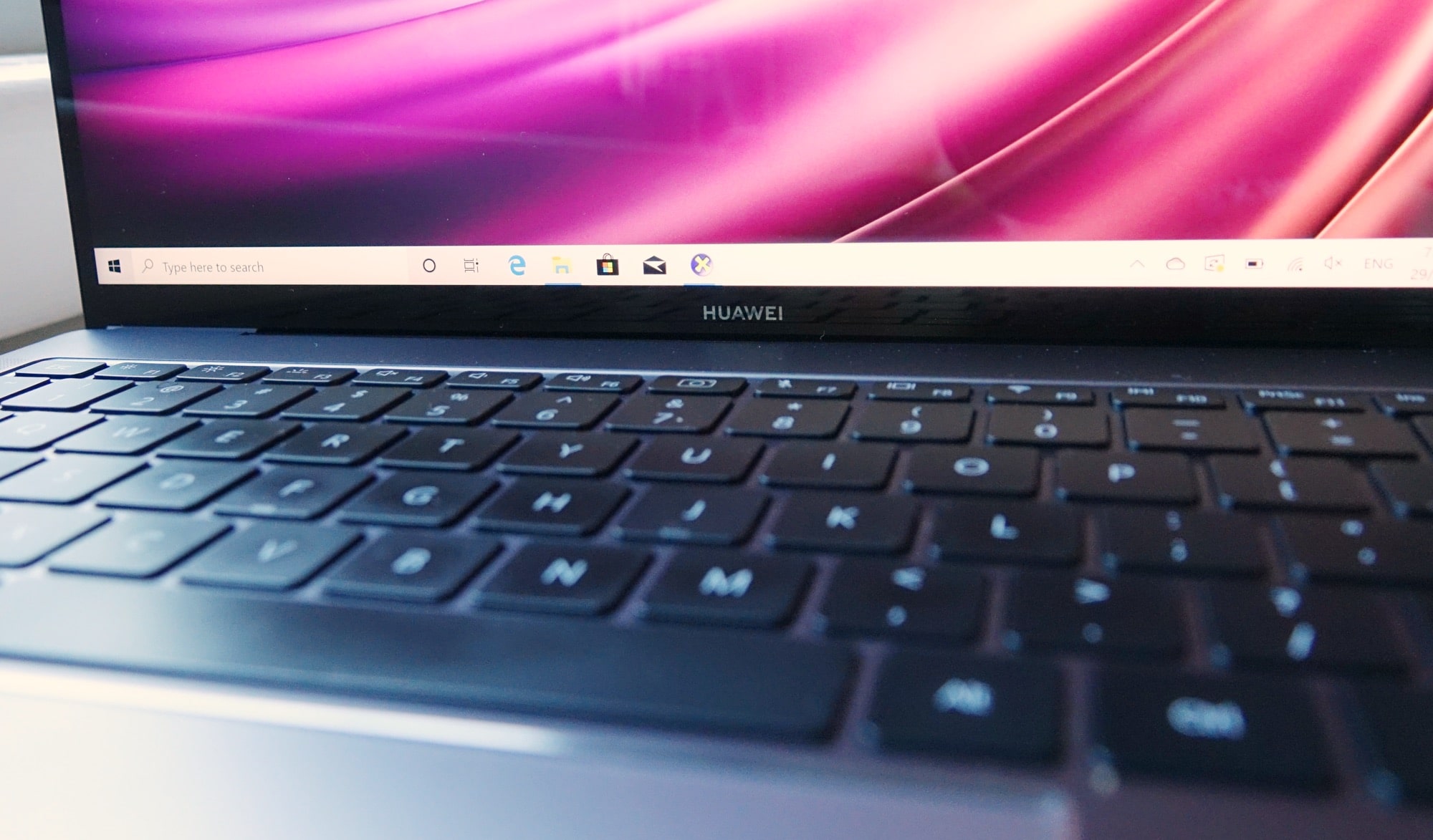 While the MateBook X Pro comes with the odd issue, the biggest one might be the price: at $3299, this is not a cheap computer, and it’s one that feels skewed to Huawei phone owners above all.

Two years ago during the heyday of the P-series and Mate models, that wouldn’t have been so bad a thing. The P30 was excellent, as was the P20 before it, and we’ve loved the Mate 9, Mate 10, and Mate 20.

But ever since Google and Huawei had to part ways officially thanks in part to the US government, things have been a little weird. Since last year, Huawei’s hardware has still been solid, but the experience in recent phones hampered by the lack of proper Google and no Play Store, and that has made the phones hard to recommend.

While the MateBook X Pro is in a different league given it runs on Windows without any issues, the insistence that you have to use a Huawei phone to make this thing more than just a great laptop is a little frustrating.

In essence, at its $3299 price point, you’re paying for a thin laptop that doesn’t exactly hold any real sway over competitors unless you have a Huawei phone. For that price point, you can find better machines from the likes of Dell, from HP, from Apple and others, and they won’t require you to have a specific phone to get the best out of those machines. Not a bit. 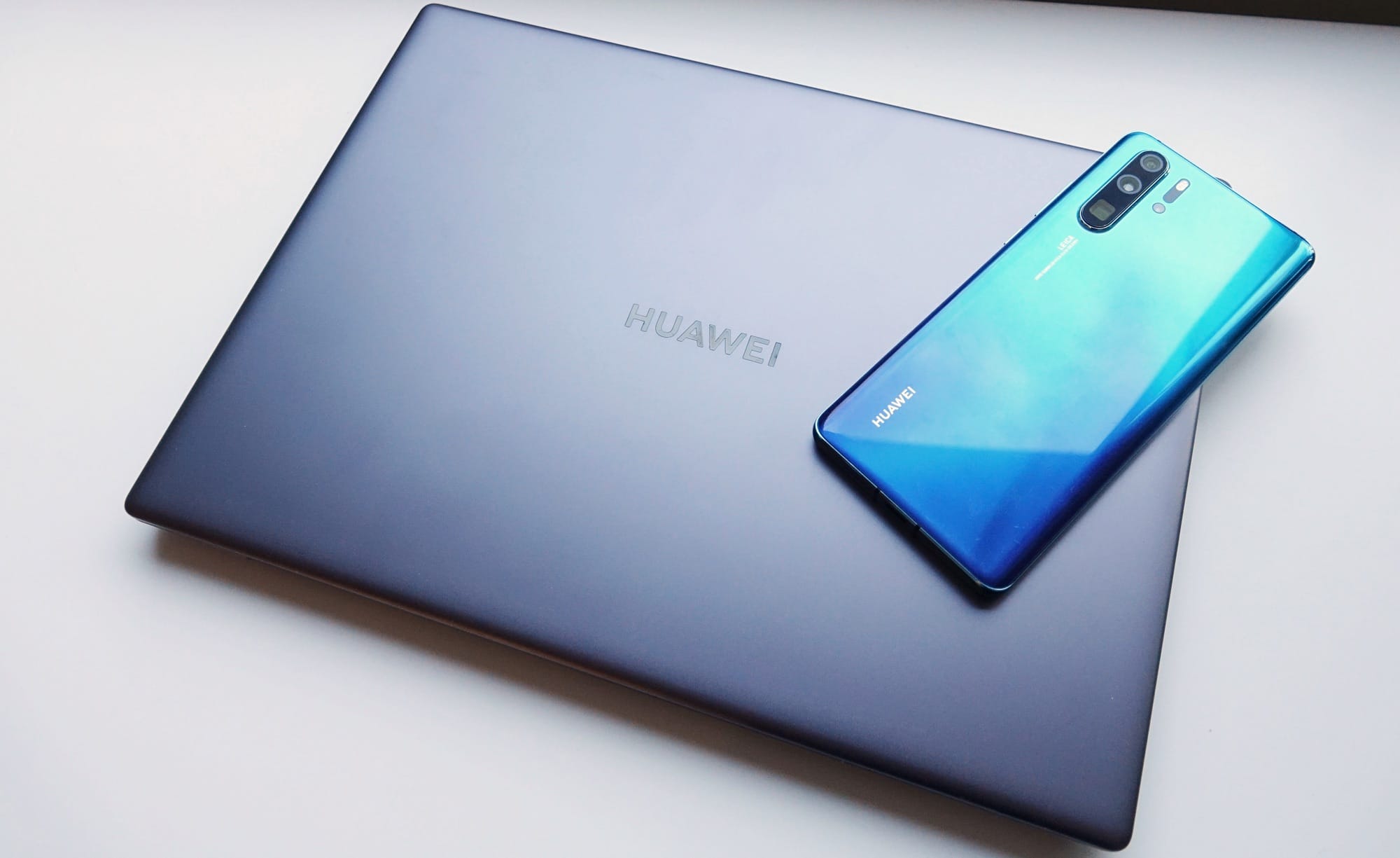 We’re not quite sure how many people will still be considering a Huawei phone these days, but those that do could look at the MateBook X Pro as a good accompaniment. The two fit nicely together, providing a little bit of productivity alongside the capability of the phone.

However people that fit into that bucket are probably becoming harder and harder to find, and we’re not sure if Huawei’s MateBook X Pro is really for anyone else.

Let’s get this out of the way: the MateBook X Pro can be used by anyone without a Huawei phone, because it’s just a Windows computer. It includes a fingerprint sensor for biometric security, a really solid amount of storage, and is surprisingly snappy. You also get a camera in a really odd place, just like last time, but other than that, it’s a surprisingly capable thin and light machine.

But at its price, the MateBook X Pro is difficult to recommend, because it’s only major feature of improved portability designed to work with mobile phones goes out the window unless you have a Huawei phone, and that is a seriously hard argument these days. It’s a good laptop for some, but hardly for all. Worth checking out if you do, but we’d shop around if you don’t. 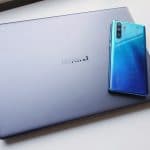