How to make routines for your Google Home speaker

Asking your Google Home what the weather is and playing music are just the tip of the iceberg for making a smarter smart home. Routines are where you want to be.

The smart home is poised to make a dent on the way we do things at home, and there’s little wonder why: it allows you to open up and control parts of your home using your voice and that smartphone you carry around with you always.

Smart speakers make this sort of thing possible, too, because while you can always talk to your phone, it’s much easier if you just talk out into the world and let the speaker pick up on your voice.

You don’t even need to have your phone with you, and once a smart speaker is plugged in and ready to go, you simply talk to it, asking it questions like what’s in the news, what the weather is, and more.

But a smart speaker can do more for the smart home by stacking commands on top of each other. This concept is called a “routine”, and it allows you to lots of smart home choices with just one command.

It’s something Google’s Home speakers are built with, and even arrives with some options preset, but you can always make your own. Speakers like the Google Home, Google Home Mini, Google Home Max, and Google Home Hub, as well as models made by competitors like JBL and Lenovo.

So how do you make Google Home routines, and how can it make controlling the smart home easier? 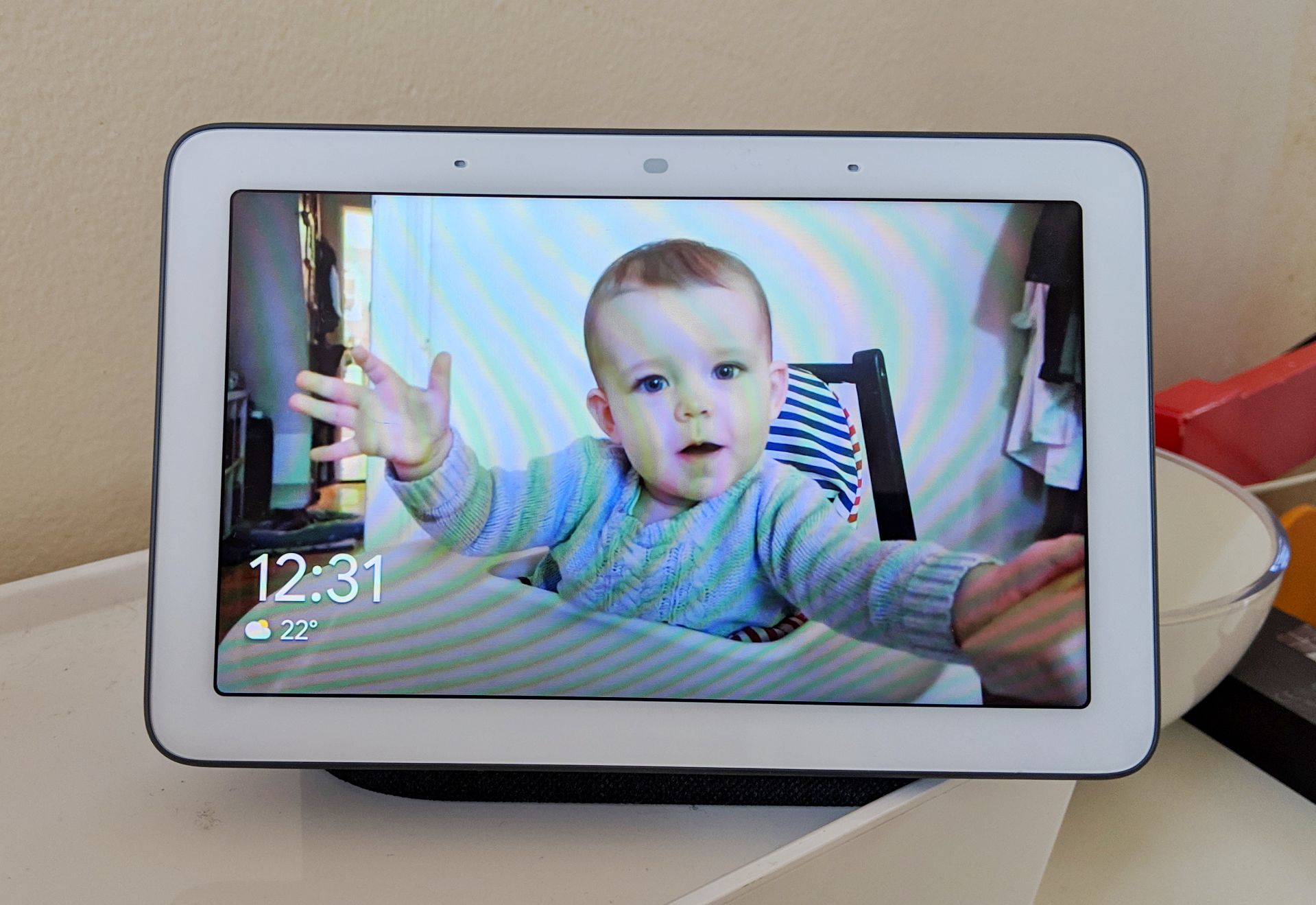 To help you out, Google has actually created a few routines for you to get started. They’re located in a part of the Google Home app you probably haven’t done a lot of delving into, so you can be excused for not realising it’s there, but once you find it, you’ll probably want to spend more time there. We sure did.

First, head to the personal section of your Google Home, the one that sits under the picture of a person, which looks at your activity and information.

This is exactly where we want to be, and Google Routines should offer a set of things to start with. You’ll find something for in the morning, and something for at night, while others will be for other times in the day.

To start tweaking them, select one and see what you can do.

We’ll use “I’m home” for this example, which would work if you just said “Hey Google, I’m home”.

In this example, you’re selecting the various commands you want made available, such as adjusting lights or plug, changing scenes, broadcasting something, and playing music.

It’s all really simple, with settings icons next to settings that can be tweaked, while selecting the checkbox will get Google to act on these options, and you can even add your own action.

Adding your own action is where the power in Google Routines starts to shine through, because you can add commands directly as you’d speak them, though without the trigger phrase “Hey Google”.

That’s particularly handy if you have a device that doesn’t have prebuilt actions, such as a security camera or a TV, or something else that might be a touch more complicated.

Of course, you can always create your own complex Google Home routines, and that’s handy because you can then decide the order of importance each command fires in. Total control.

Google Home routines can be as simple and as complex as you want them to be, though the complexity largely depends on how complex your smart home is.

Do you have smart lighting in your home? How about a web-connected security system? And maybe a smart TV: do you have one of those?

The more “smart” devices you have in your home that can connect to Google Home and Google Assistant, the more you can stack your commands and make a Google routine your very own. 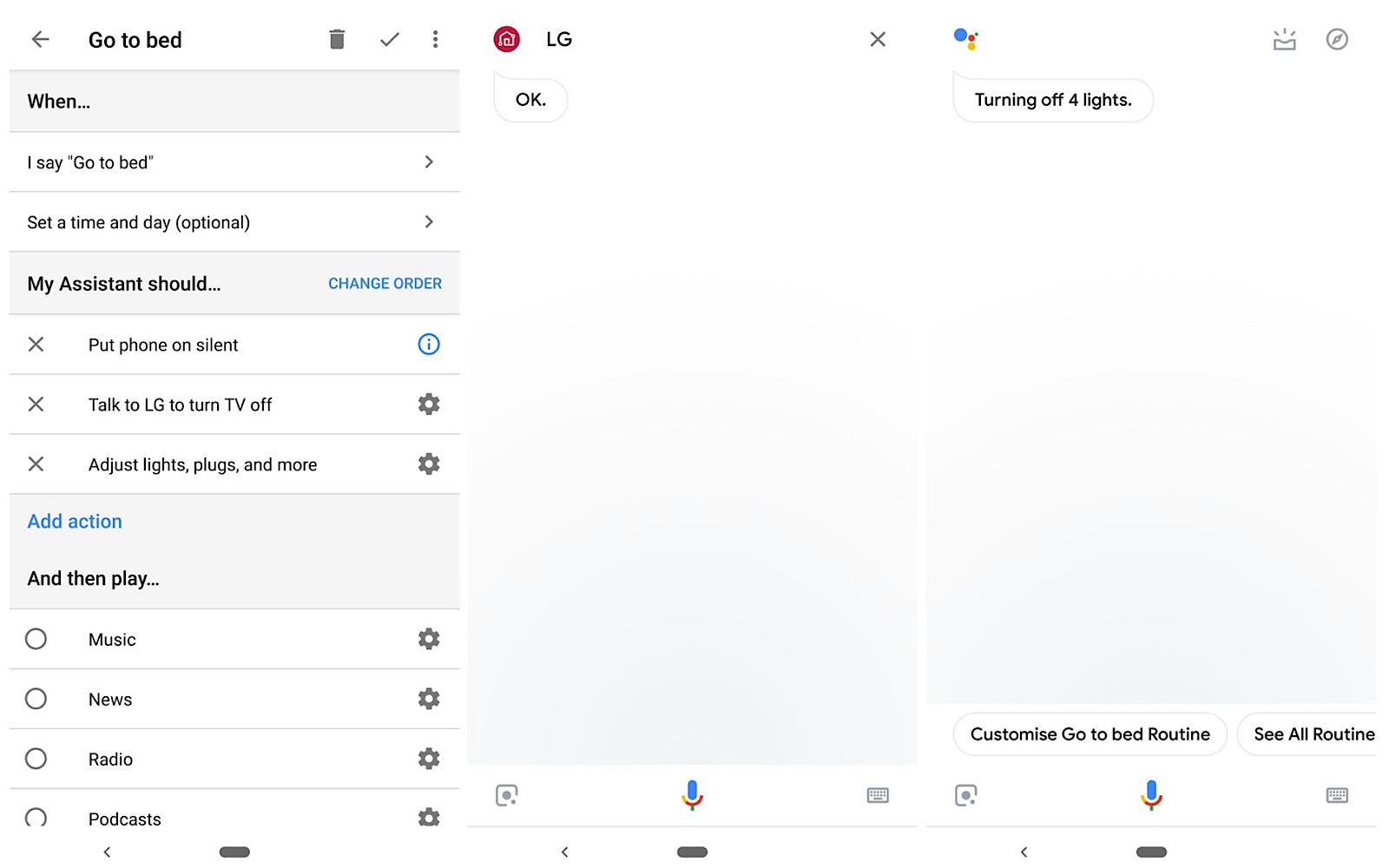 Recently, upon testing an LG TV with Google Home integration, we decided to push the boundaries a little, creating routines that allowed us to flex our ability to be just that little bit lazier.

For instance, if you have Hue lights in your living room alongside a smart TV, and you don’t want to be disturbed, you can craft a routine specifically to set all of this up for a movie night.

We called it “movie mode”, and it:

With that routine built and enabled, our Google Home would follow a stacked routine.

Likewise, we built one for going to bed, calling it “go to bed”, which:

With this routine registered, the stacked commands meant if we said “OK Google, go to bed”, it would fire them all in the order they were built.

In fact, as we increase the smart devices in our home, the complexity of the routines can increase with it, making it easier to do several things at once simply by uttering a few words.

More importantly, the order in which they fire is decided by you, which means if you want the lights to go down last, they can, giving you the absolute control of your home by voice. They’re one of the best ways to start giving you the power in the smart home. 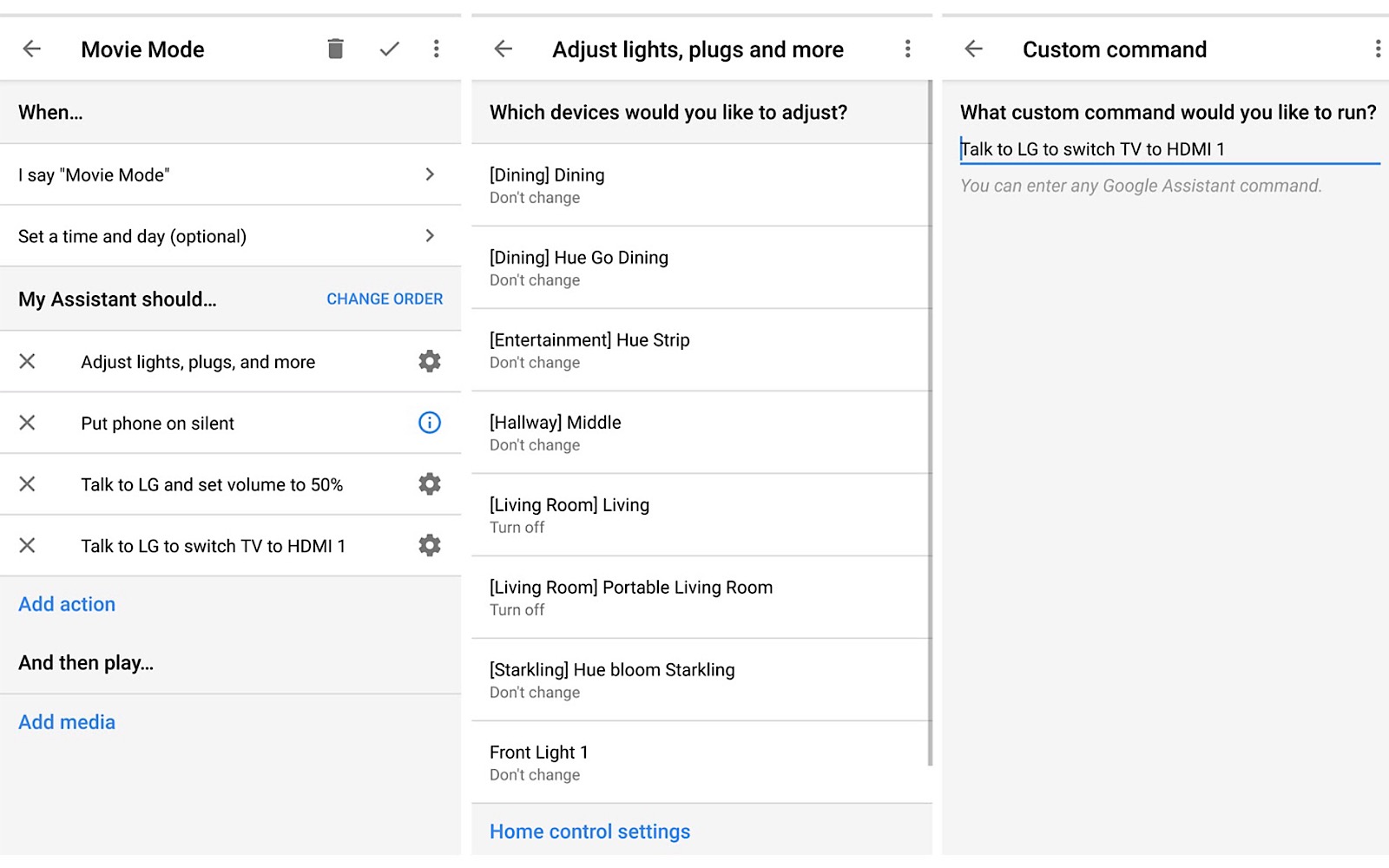